Tonight, Season 20 of South Park returns, and (as usual) the 10-episode series is promised to be quite, well, relevant. Town Hall writes, “South Park has gone after everyone from Kanye West to Caitlyn Jenner to Scientology to Mormons, and doesn’t exactly hold back in its criticism. Now, with the show about to begin its 20th season, they’re taking on a new target: Colin Kaepernick’s anthem protests.” The season premiere will include cops, pigs, and the national anthem.

PREMIERE EPISODE SYNOPSIS: Mr. Garrison is still on the campaign trail, and the National Anthem gets a reboot by an American Icon. 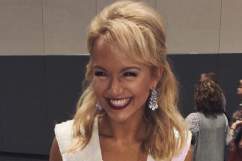