Taking Fire is the newest show from the Discovery Channel and debuts on September 13 at 10 p.m. ET. The series provides viewers with an inside-look at the Afghanistan War from the perspective of four members of the 101st Airborne deployed to Combat Outpost Michigan. The hour-long show uses footage taken directly from the soldiers’ helmet and body cameras.

Before the show premieres, here’s a look at the four soldiers and the show itself.

1. Producer Laura Dunne Was Inspired to Make the Series After Seeing a Video of Fighting in Afghanistan Online

Watch the series premiere of #TakingFire on Tuesday, September 13 at 10/9c. https://t.co/iSNgdiDhXW

Taking Fire is a five-part series produced by Laura Dunne, who was inspired after seeing a brief clip of action from Afghanistan on the site Funker530.com, which collects combat footage. Dunne sought out the site’s administrator, who then posted a note calling out for anyone who knew the story of the footage. One of those who responded was Kyle ‘Bobby’ Boucher, who is one of the soldiers featured in the series.

“Boucher mentioned a bunch of the guys had helmet cams and I started to reach out to people on Facebook and elsewhere,” Dunne told the Wall Street Journal.

Dunne contacted other members of Boucher’s unit who also recorded action in Afghanistan. She edited them together to make Taking Fire, which was completed in 2014.

“It’s the most modern of takes against the most classic of genres,” Discovery Channel President Rich Ross told the Journal.

For Ross, Taking Fire is another step in the direction away from sensationalized projects. The channel has been trying to get back to realistic programs after the 2013 debacle surrounding the Megalodon fake documentary. The channel has also added scripted projects, beginning with last week’s Harley and the Davidsons. 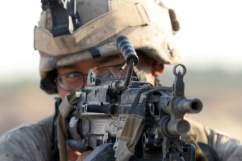 U.S. Marine Shot in the Neck in Afghanistan: War Caught on Video

2. Kyle Boucher Served in Afghanistan for a Year & Is Now a Firefighter 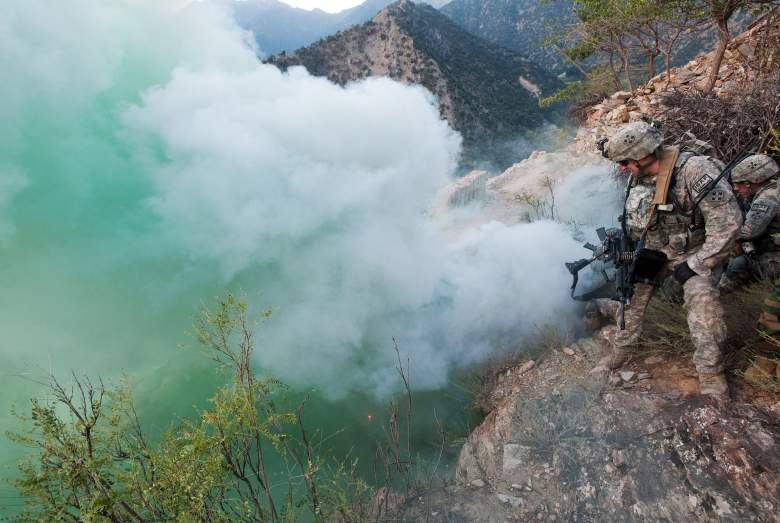 Kyle ‘Bobby’ Boucher was the first soldier Dunne came into contact with for Taking Fire. He served in the 101st Airborne and is now a firefighter in Massachusetts. He served in Afghanistan for a year before leaving to take care of his father, who was diagnosed with cancer.

In 2011, Boucher was featured in a MinnPost piece on the Afghanistan war. He was stationed at the Observation Post Pride Rock at that time. He said that the insurgents could not be underestimated.

“The best thing about being out here is it’s so often kinetic that you don’t have a choice,” Boucher said at the time. “You know shit’s going to happen so you’re always alert, you’re always ready. Rather than being somewhere where sometime you get shot at, sometime they ambush you, well no … they’re always hitting us.” 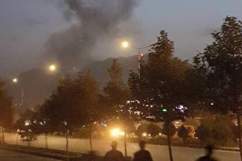 3. J.J. McCool Spent 6 and a Half Years in the Military & Has His Own Website

J.J. McCool has his own website. According to his bio, he dropped out of college in his sophomore year to move to Las Vegas to build a digital marketing organization. He then went into the Army Special Forces, but a leg injury made him chance his military career path. He was deployed to Pech River Valley, Afghanistan.

After six and a half years in the military, he decided to return to civilian life. He is married to Angela McCool and they have a young daughter named Harper. He lives in Eugene, Oregon.

In 2013, McCool was featured in KDUK’s Men in Uniform Calendar as Mr. June. 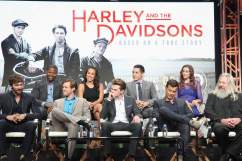 Discovery Channel’s, ‘Harley and the Davidsons’: Meet the Cast

4. Ken Shriver & Kyle Petry Are the Two Other Soldiers Featured in ‘Taking Fire’

Kyle Petry and Ken Shriver are the two other veterans featured in the series. Petry served in two tours of Iraq before serving in Afghanistan and was known as a great squad leader who also happened to use Lady Gaga’s “Poker Face” as a phone ringtone. He is now retired and is married to Puneet Petry.

Sgt. First Class Shriver was in the Army for 15 years before the action in Taking Fire took place. His father, brother and grandfathers also served in the military and he hasn’t retired yet. He has also done two tours in Iraq, one in Kuwait and one in Qatar. 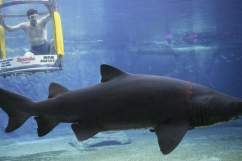 How to Watch Shark Week in Virtual Reality For Free

5. ‘Taking Fire’ Takes Place in the Same Region Where the Documentary ‘Restrepo’ Was Filmed 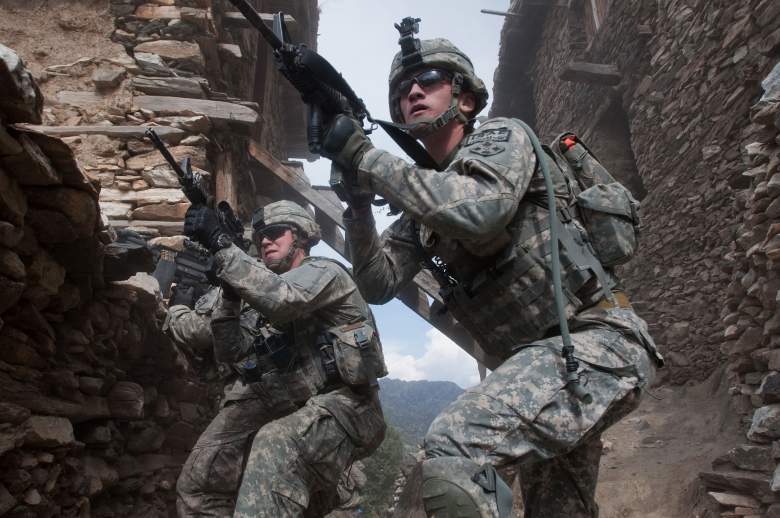 Taking Fire was filmed in 2010 in the Korengal Valley, the same region where Tim Hetherington and Sebastian Junger’s Restrepo was filmed. That 2010 documentary was nominated for the Best Documentary Feature Oscar, but lost to Inside Job. In 2014, Junger directed a follow-up called Korengal.

As the New York Times reported at the time, U.S. forces retreated from Korengal in April 2010. American troops had been there since 2005 and the region had been dubbed a “Valley of Death,” as 42 American soldiers were killed there.

“It hurts,” Specialist Robert Soto of Company B, First Battalion, 26th Infantry, told the Times when the U.S. left the region. “It hurts on a level that — three units from the Army, we all did what we did up there. And we all lost men. We all sacrificed. I was 18 years old when I got there. I really would not have expected to go through what we went through at that age.”