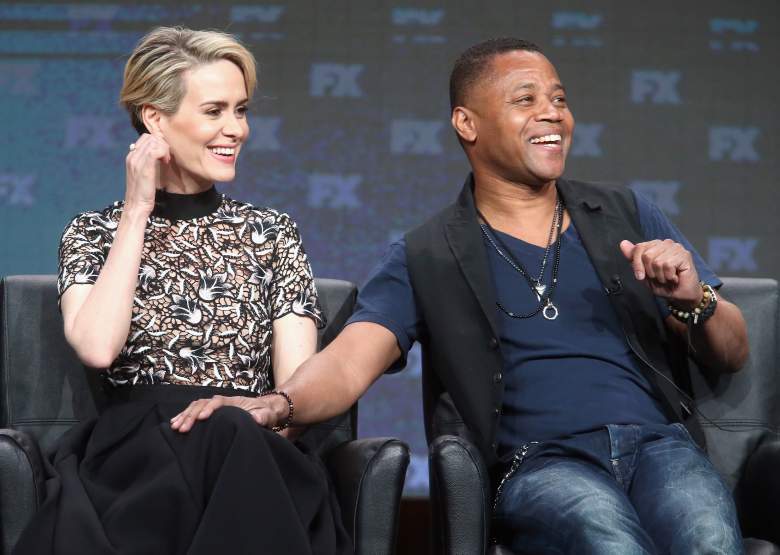 The series tells the already too-familiar tale of O.J. Simpson, who went from beloved football player and celebrity to a man accused of murdering ex-wife Nicole Brown Simpson and Ron Goldman. The series followed the “Trial of the Century” over 10 episodes, right up to Simpson’s acquittal.

Here’s what you need to know about the show at the 68th Annual Primetime Emmys. This post also includes a full list of all nine wins the show earned.

1. The Show Won 4 Emmys Before the Primetime Emmys Ceremony Started 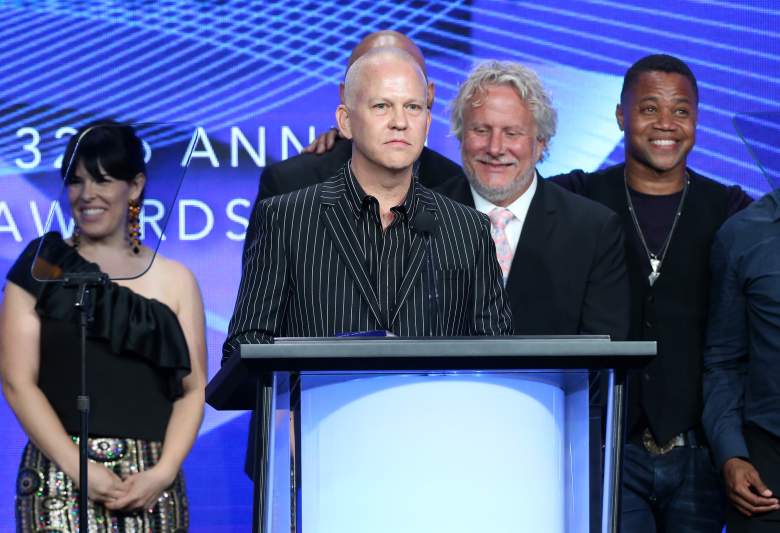 Ryan Murphy is also the producer behind Glee and American Horror Story. (Getty)

Here’s the full list of all nine wins the show picked up. 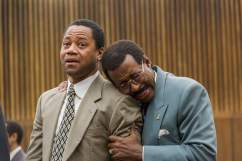 Cuba Gooding Jr. and Courtney B. Vance were both nominated for Outstanding Lead Actor in a Limited Series or Movie. Gooding played Simpson and Vance starred as lawyer Johnnie Cochran. Vance picked up the win. 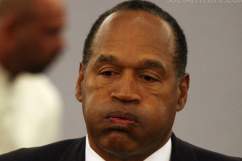 What Is a Colombian Necktie? – ‘American Crime Story: The People V. OJ Simpson’

Even before the Creative Arts Emmys, it was just impossible for The People v. O.J. Simpson to win all 22 Emmys it was up for. That’s because it had multiple nominees in several categories. Another category with multiple nominees is Directing in a Limited SEries, Movie or Dramatic Special.

Murphy was nominated for directing “From the Ashes of Tragedy,” the series’ debut episode. Murphy previously won Emmys for directing the Glee pilot in 2010 and for Outstanding Television Movie for 2014’s The Normal Heart.

John Singleton’s directing for the fifth episode, “The Race Card,” was also nominated. Singleton is best known for being the first African American ever nominated for the Best Directing Oscar for Boyz n the Hood. This is his first Emmy nomination.

Veteran TV director Anthony Hemingway, who also helmed the 2012 film Red Tails, was nominated for directing “Manna from Heaven.” Hemingway was also an executive producer on O.J. Simpson, so he was also nominated for Outstanding Limited Series.

There are also four writers up for Writing for a Limited Series, Movie or Dramatic Special. Scott Alexander and Larry Karaszewski, the team behind Ed Wood and Big Eyes, were nominated for “From the Ashes of Tragedy”; Joe Robert Cole is up for “The Race Card”; and D.V. DeVincentis was nominated for “Marcia, Marcia, Marcia.”

The show won Outstanding Limited Series and competed against another acclaimed FX show, Fargo Season Two. The other nominees were ABC’s American Crime, AMC’s The Night Manager and the A&E remake of Roots.

Eleven producers are credited with the Emmy win for American Crime Story. This included Murphy, his producing partner Brad Falchuk and John Travolta.

Amazingly, the two Emmy nominations Travolta earned for American Crime Story are the first in his long carer. That’s not surprising though, as the last time he had a regular TV role was 1979, when Welcome Back, Kotter ended.

5. The Second Season of ‘American Crime Story’ Is About Hurricane Katrina

The second season of American Crime Story will be very different from the first. The Hollywood Reporter revealed that it will center on Hurricane Katrina and Alexander and Karaszewski will work on it due to other commitments.

The Hurricane Katrina episodes will be about six to eight people and will try to look at all aspects of the aftermath of the storm. Murphy told THR:

I want this show to be a socially conscious, socially aware examination of different types of crime around the world… And in my opinion, Katrina was a f***ing crime — a crime against a lot of people who didn’t have a strong voice, and we’re going to treat it as a crime. That’s what this show is all about.