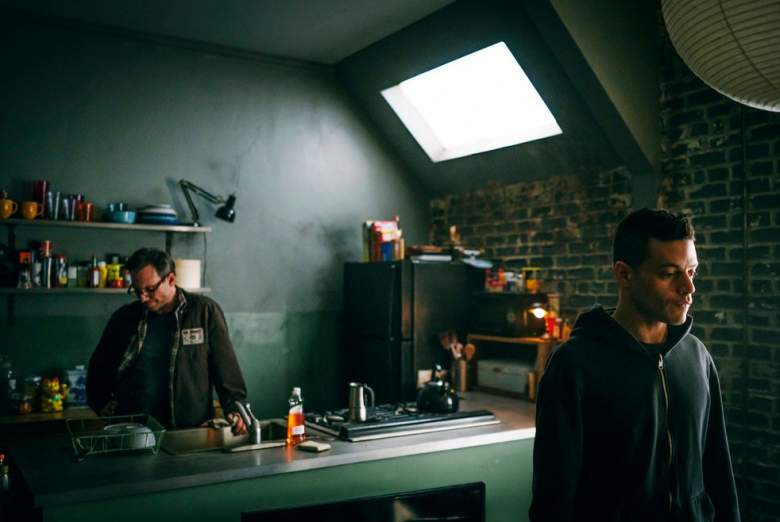 Something weird is happening with Elliot, and it became more apparent in Season 2 Episode 10. Mr. Robot has left Elliot, at least for a while, and this is starting to concern viewers. We’re going to look at some of the top fan theories about where Mr. Robot went and what is happening to Elliot. This article will contain spoilers through Episode 10, so only read on after you’ve watched the episode.

Something weird is happening with Elliot and Mr. Robot. And now, after Elliot got that phone call at Microcenter, Mr. Robot disappeared. In the last episode, Elliot lost control for a while and was in the bathroom while Mr. Robot was talking to Darlene. But neither personality understood what was happening or why. They seemed to have “glitched.”

There are a couple possibilities that could be going on. One is that Elliot’s personality is meshing with Mr. Robot’s. They’ve learned to work together and now they’re becoming “one” again. This could explain why Mr. Robot sometimes disappears.

But there’s another theory that’s a lot less pleasant. There could be a third personality lurking in the background that sometimes takes control. Mr. Robot may disappear when that personality is showing up. Could the third personality be behind those mysterious phone calls? Maybe Mr. Robot didn’t kill Tyrell, but he told Elliot that he did in order to protect him because they did something much, much worse. Maybe when Elliot was blacked out, it wasn’t Mr. Robot who was in control at all but it was a third personality.

This third personality could also be the one that the Dark Army respects so much. Elliot has no idea what Phase 2 is and Mr. Robot hasn’t given any hints that he knows either. There could be a malignant but incredibly intelligent third personality who is really pulling the strings behind the scenes. Maybe that personality is working with Tyrell or has taken on Tyrell’s “persona” if he’s dead.

There’s also the possibility that the Mr. Robot personality is terrified of something or is desperately trying to protect Elliot from discovering something. Maybe the personality was hoping to take control and dispose of something in Elliot’s apartment before he “consciously” found it.

What do you think about these theories? Let us know in the comments below. 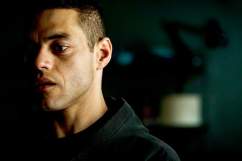