On the Season 3 premiere of Empire, a main character’s life was brought to a devastating end. When we last left off, Rhonda and Anika were fighting on the roof. Andre entered, and saw one of the two women fall over the edge of the building. Who was it? Tonight’s episode revealed that Rhona has died.

That’s right– just as Lucious and Jamal are trying to stop Hakeem from leaving– Rhonda’s lifeless body comes crashing down onto the car.  As Anika descends into hysteria, Andre starts to choke her– then her water breaks. In a true act of chivalry (he seemed pretty determined to kill her at first), he decided to take her to the hospital.

Cookie seeks Andre out after she hears of Rhonda’s death. She tells him everything will pan out as God intends, but he says he’s “done with God.”

Lucious launches Empire’s streaming service, and hopes he can win Cookie’s heart… again. He isn’t successful– Cookie says he’s ruined everything and it’s over forever. Later on, Shyne threatens Lucious, telling him to offer Nessa a record deal– if he doesn’t, he’s going to go to Tariq. Tariq, meanwhile, is trying to expose Lucious, so the music mogul is doing everything he can to ensure the marriage looks authentic.

In the end we’ve gathered a few important details: Rhonda’s death is going to ruin Andre, if it hasn’t already. Lucious is going to get caught… at the end of the episode, he talks to Bella about how he’s playing Tariq. Little does Lucious know, Tariq’s installed a camera in one of Bella’s teddy bears. 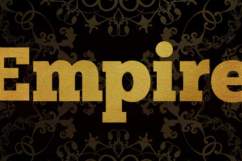 ‘Empire’ Season 3: What Time and Channel Is It On?

Read More
Empire, Terrence Howard
At the end of Season 2 of 'Empire', Anika and Rhonda were fighting on the edge of a balcony. Which character lives? Who dies? Find out here.