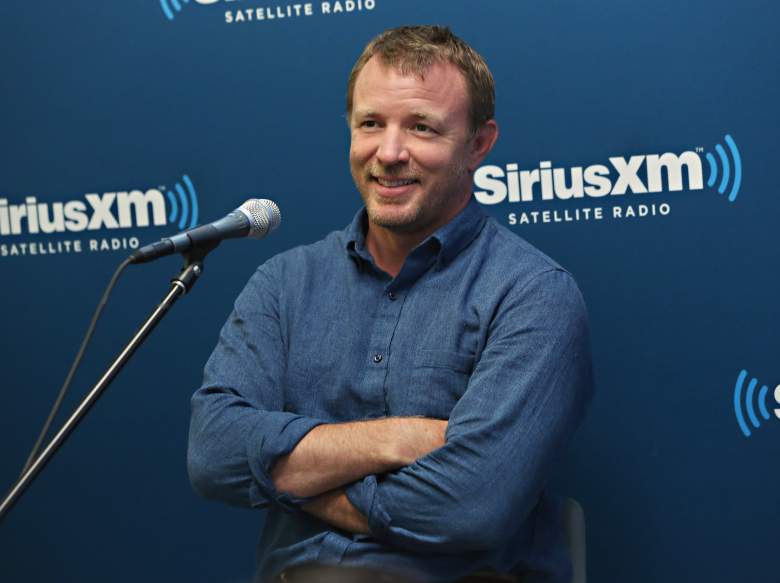 Guy Ritchie, the director of Sherlock Holmes and The Man from UNCLE, is directing Aladdin. (Getty)

Disney is planning another live-action adaptation of an animated classic, this time setting their sights on Aladdin. The beloved 1992 film recently became a Tony-winning Broadway musical, proving that the film still has its fans. On October 10, it was reported that the studio is now working on a live-action film and Guy Ritchie (Sherlock Holmes, The Man from UNCLE) will direct.

Here’s what we know so far about the new film.

1. The New Film Will Include the ‘Musical Elements’ of the 1992 Film

Like many of the films from the Disney Renaissance, Aladdin is filled with memorable songs that instantly come to mind when thinking about the film. Alan Menken won the Best Original Score Oscar and shared the Best Original Song Oscar with lyricist Tim Rice for “A Whole New World.” Menken and the late Howard Ashman were also nominated for “Friend Like Me.”

According to the Hollywood Reporter, the new film will retain some of the “musical elements” of the original. This isn’t an unprecedented move for Disney’s live-action re-tellings, as next year’s Beauty and the Beast is also going to include songs from the animated original.

2. Ritchie’s Non-Linear Style Is Expected to be a Part of the New Film

The Hollywood Reporter reports that the script was written by John August, who earned a BAFTA nomination for writing Tim Burton’s Big Fish. August is a longtime Burton collaborator, having also worked on Frankenweenie, Dark Shadows, Corpse Bride and Charlie and the Chocolate Factory.

August’s script has a non-linear structure, which will work well for Ritchie. He shot to fame with Lock, Stock and Two Smoking Barrels and Snatch..

Aladdin will end (at least temporarily) Ritchie’s long association with Warner Bros. He directed two Sherlock Holmes films with Robert Downey Jr. for the studio, as well as The Man from UNCLE and next year’s King Arthur: Legend of the Sword.

3. There Were Rumors That Disney wanted to Make an ‘Aladdin’ Prequel About Genies

One of the major challenges with remaking Aladdin will be recasting the Genie after Robin Williams’ unforgettable performance in the 1992 film. However, James Monroe Iglehart’s Tony-winning performance as the Genie on Broadway might have helped Disney realize that it is possible for another actor to take the role.

In fact, back in July 2015, The Hollywood Reporter reported that Disney was developing Genies, a film that would explain how the Genie ended up in the lamp in the first place. Damian Shannon and Mark Swift were writing the script and Tripp Vinson was producing.

The report suggested that Disney was planning on making a live-action Aladdin remake after Genies, but the hiring of Ritchie suggests that they want to skip the prequel idea.

4. Disney Can’t Use Robin Williams’ Outtakes for the First 25 Years After His Death

Disney won’t be able to use any outtakes Robin Williams recorded in 1991 for a new film for the first 25 years after his death. According to The Sunday Times, Williams put it in his will.

“When he was on form, the hyperactive motormouth we love from Good Morning Vietnam, Hook, Dead Poets Society, and Mrs. Doubtfire, Robin was making 30 jokes a minute,” a former Disney executive told the Times. “Now, because he insisted on a final say on such material, [the jokes] will remain in the vaults.”

Still, the limits did not stop Disney from releasing a 9-minute bit of outtakes on the Aladdin Blu-ray in 2015.

Disney was also forced to recast the Genie during Williams’ lifetime. Return to Jafar, the first direct-to-video Aladdin sequel, Dan Castellaneta (The Simpsons) voiced the Genie. The only time Williams ever returned to voice the character after the original film was for the second direct-to-video sequel, Aladdin and the King of Thieves. 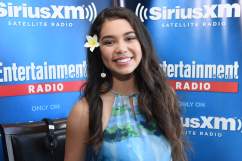 5. Disney Already Milked the Aladdin Cash-Cow During the ’90s With 2 Video Sequels & a Series

During the 1990s, Aladdin was one of Disney’s most popular properties and remains one. After the original film became such a success, it was followed by the direct-to-video sequels The Return of Jafar (1994) and Aladdin and the King of Thieves (1996). Disney also produced a TV series, simply titled Aladdin, that 86 episodes and aired from 1994 to 1995. Hopefully, we’ll get an official DVD release of the show eventually.

Aladdin grossed $504 million worldwide. It was directed by Ron Clements and John Musker, the same team behind this year’s Moana. The story was loosely based on the Arabian folktales in One Thousand and One Nights. 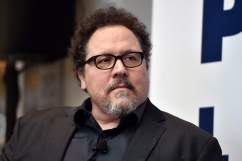 ‘The Lion King’ Remake: 5 Fast Facts You Need to Know