Showtime’s new documentary, Weiner, follows former congressman Anthony Weiner as he runs for mayor of New York City.  The documentary, co-directed by former Weiner chief of staff Josh Kriegman with Elyse Steinberg, received the US Grand Jury Prize for a Documentary at the Sundance Film Festival, and is being called the best documentary about a political campaign ever made.

Read on for details on how you can watch the show.

EPISODE SYNOPSIS:  Profiling former congressman Anthony Weiner as he runs for mayor of New York City in 2013. During the campaign, he becomes embroiled in a second widely publicized sexting scandal, which ultimately derails his once-promising political career.

WATCH RIGHT NOW: The documentary is currently available to watch On Demand and to rent on iTunes, Vudu, YouTube, Amazon, and Google Play. 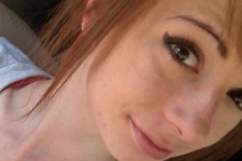