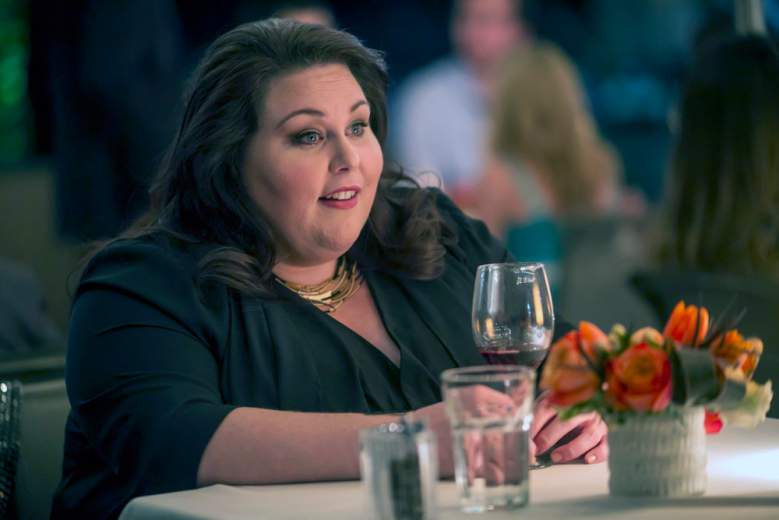 Chrissy Metz plays Kate on This Is Us. (Ron Batzdorff/NBC)

Chrissy Metz is the breakout star of NBC‘s This Is Us. There’s no doubt about it. She plays Kate Pearson, one of the three Pearson siblings. Kate has struggled with her weight all her life and has been trying to lose the weight.

Now that she has a new job, Kate has to fix her relationship with Toby in “The Best Washing Machine in the World.”

In the Thanksgiving episode, Kate told her family that she wants to have gastric bypass surgery. However, “The Trip” showed that she’s still having second thoughts. Then, in the mid-season finale, “Last Christmas,” Toby visited the Pearson Christmas and they made up. But Toby collapsed after having a heart attack and the episode ended with him on an operating table.

On December 12, Metz earned one of This Is Us‘ three Golden Globe nominations. The show is up for Best Drama Series. Unfortunately, if Metz wins Best Actress in a Drama Series, she has to beat her co-star, Mandy Moore. The two were nominated in the same category.

The 36-year-old Metz has been open about her own struggles within the Hollywood industry. Here is a look at her life, career and the character she plays.

1. Metz Says Having the Lead Role in a Series Has Always Been on Her ‘Bucket List’ 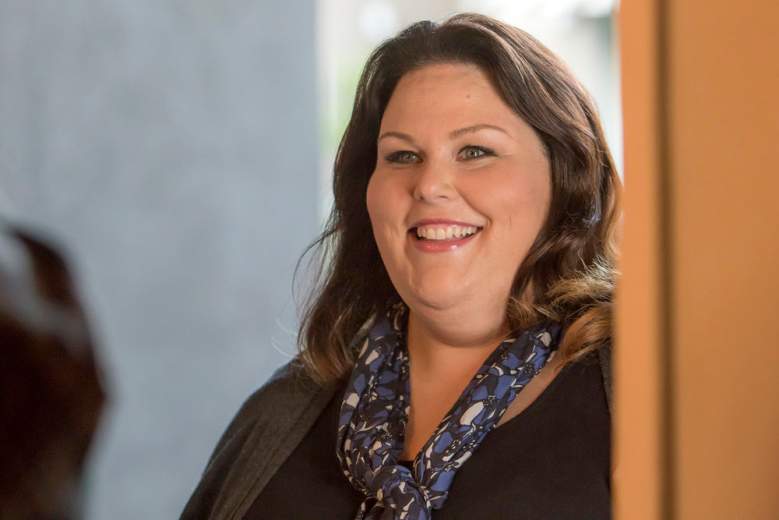 Although Metz’s career has credits going back to 2005, her roles have been few and far between. In 2005, she appeared in an episode of Enourage and All of Us. In 2008, she was in a My Name Is Earl episode. It wasn’t until 2014 that she found a role in multiple episodes, playing Ima ‘Barbara’ Wiggles in American Horror Story: Freak Show.

This Is Us gave Metz her first lead role, something she has always wanted.

“I have been in Los Angeles for a long time and I have wanted to be a series lead for a long time. It’s literally on my bucket list,” she said in August at the Television Critics Association Press Tour. “But opportunities for plus-size women are very few and far between.”

During the press tour, she told critics that there needs to be more serious parts for plus-size women instead of turning them into jokes.

“We need to write more of those stories. We need to not always be the butt of the joke,” Metz said. “I’ve already had people reaching out to me [about] the fact they’re addressing being plus-size or overweight and still being attractive.”

She’s also embraced being a role model for women struggling with their weight. “I waited for this for so long, I’m like, Bring it on! Let me do this! Let me show up! Let me rise to the occasion,” she said in August.

Metz also had the important job of telling the audience first that Jack is dead. In “The Game Plan,” she reveals that she keeps her father’s ashes on her mantle.

Metz told Entertainment Weekly that she was “pissed” to learn that Jack died. “I was like, ‘That’s my dad.’ I just have this affinity for Milo as Chrissy, and so then it translates in my performance. I hope, anyway. It was emotional for me, and I was a little angry. I’m still working on it.”

2. Kate Getting a Love Interest Attracted Metz to the Part 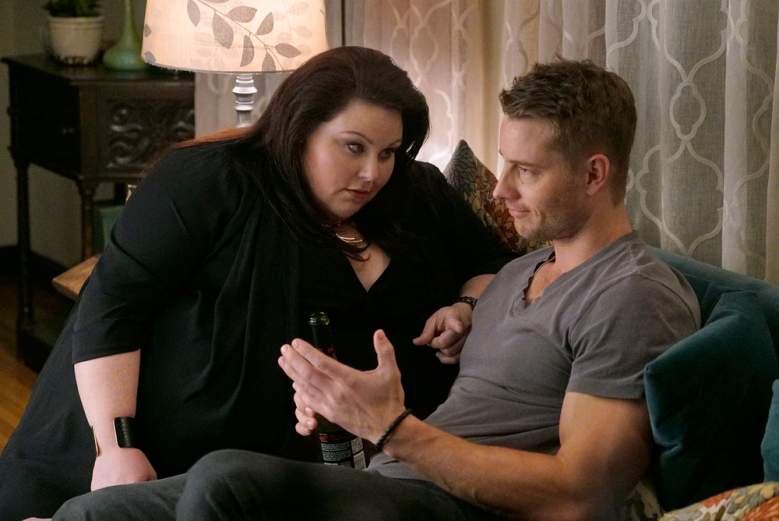 During the Paley Center Fall TV Preview event in September, Metz said she was attracted to the role partly because it included a love interest. In the first two episodes, Kate begins a relationship with Toby, Chris Sullivan’s character.

“I was excited with the breakdown! I thought… What? A plus-size actress that is remotely attractive and has a love interest… in Hollywood? I need this,” she said, Variety reports. “So many people are defined by a number. If there was going to be a pioneer of the plus-size girl of my shape on TV, why not me? We’re not defined by our weight or what we wear but this is a very poignant story that needs to be told.”

“I would say that Toby really sets the stage for Kate to come out of her shell,” Sullivan told Entertainment Weekly.

“It’s something that she’s always wanted to do but never felt confident enough to do it. It’s such a kind, kind gesture, but very scary at the same time,” Metz added.

3. Metz Said the Role is Loosely Based on Creator Dan Fogleman’s Sister 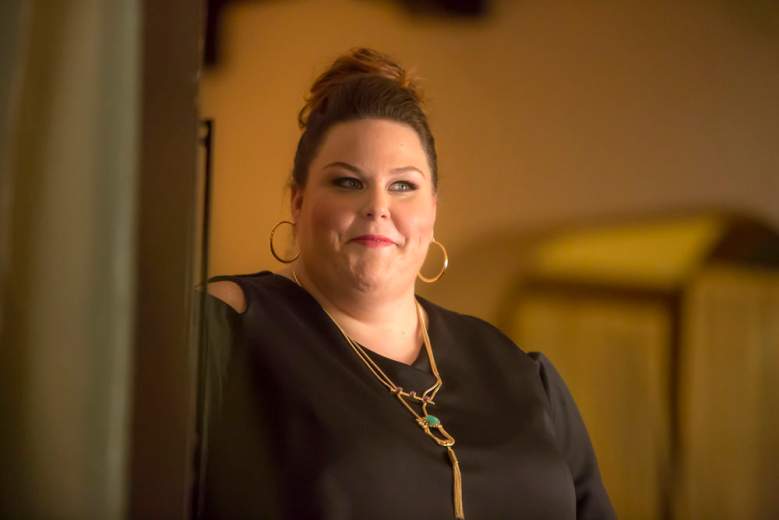 After the pilot aired, there were some complaints about Kate on social media, with some complaining that Kate’s story was stereotypical. In an interview with SheKnows.com, Metz said she understood the complaints, but stressed that the story has some real-life basis.

“…This role is written about a woman who — it was loosely based on [creator] Dan Fogelman’s sister — who struggled with her weight and her self-worth. And a lot of people do, and I have myself, as a human being. So this is a story that needs to be told because there are people who find their self-worth in the number on the scale.

Merz said that the story of Kate will continue to unfold in the series and we will learn why she is how she is. She let it slip that Kate might even consider weight loss surgery, which is something Metz would never do in real life.

“I don’t feel comfortable with that because I feel that food is the symptom, there’s a bigger issue,” Metz told SheKnows.com. “So, for me, whether or not Kate decides to do that, it hasn’t really been solidified. But I have said, you know, as Chrissy I don’t condone that — however, there are people who are in dire situations who need to do that, so I don’t judge other human beings because I don’t know everyone’s story.”

4. Metz Had to Wear a Fat Suit While on ‘American Horror Story’ 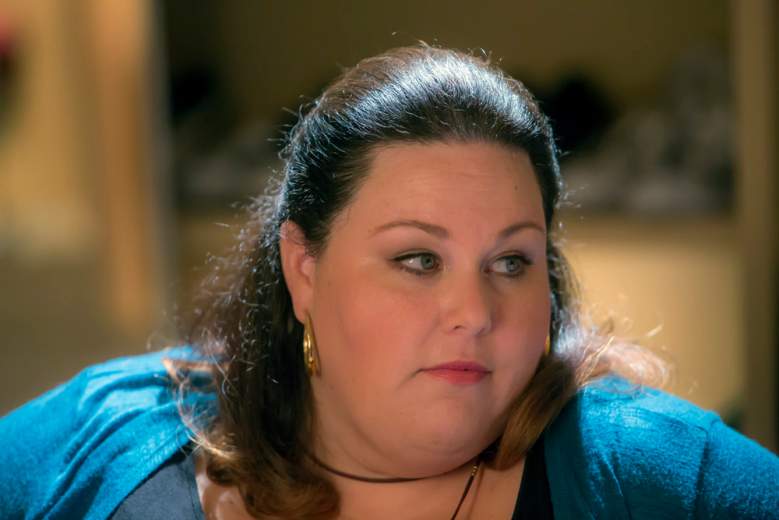 When Metz won her role as Ima Wiggles on American Horror Story: Freak Show, she was surprisingly happy to learn that she would need to wear a fat suit to portray the character. As she explained to Yahoo TV:

I was thrilled to find out that I wasn’t big enough. It was a first in my life. It was liberating. Physically, I am a different person onscreen because the suit is so cumbersome. My bust is something crazy like 109 inches. I can’t cross my legs. I walk differently. There are hallways at work I don’t fit in. If it is 75 or 80 degrees outside, it is like 100 in the suit, and it makes me sweat. All that helped me get into character.

Metz was required to at least act like she was playing the guitar and singing on AHS. “I’ve attempted to learn many times, but it doesn’t stick. I’ve taken some more lessons while I was here so that I can look like I’m playing onscreen,” she told Yahoo.

In an interview with TVLine on November 17, Metz said that it is in her This Is Us contract that she must lose weight. She called this a “different kind of motivation, so I was excited about it.”

“In our contract, it did state that that would be a part of it, to lose the weight in the trajectory of the character as she comes to find herself. That was a win-win for me. Because it’s one thing to try to do it on your own. But as human beings, it’s an ego thing: We’re more likely to do something for someone else.”

Metz later told People magazine that she really shouldn’t have said that it is in her contract that she has to lose weight. She said she was told from the beginning that her character will lose some weight on the show.

“It wasn’t mandated in the contract, and I probably — if I ever said the word contract, I didn’t mean it in that way,” she told People. “I was pitched that the trajectory of Kate is that she’s going to lose weight. That is who and what’s going on.”

While on the Wendy Williams Show recently, Metz denied other rumors that she had gastric bypass surgery in well life.

“I think it’s a coincidence that I booked—well, maybe not a coincidence—that I booked a role that’s so similar to who I am and when that was obviously posed to me as, maybe this character’s going to be on a weight loss journey, I was like, ‘Oh! That’s convenient. Okay! I could do that too,'” Metz told Williams. “But I’m also at the place where I accept myself for who I am so I now can get to the place I want to be.”

In the pilot for This Is Us, creator Dan Fogelman didn’t reveal until the very end that three of the main characters were really siblings and Mandy Moore and Milo Ventimiglia were playing their parents. At first, it seemed like the connection the characters shared was their birthday. They were all turning 36 on the same day.

For Metz, this was art reflecting life, as she turned 36 in real life on September 24. The cast and crew came out for a party dubbed “This Is 36” to celebrate.

“This was the biggest birthday party I’ve ever had,” Metz told People magazine. “I’m used to a low-key dinner with a little Catchphrase competition to end the night.”

In a new in a new interview with the New York Post, Metz praised the character as “complex.”

“There’s really a lot going on under the surface [with Kate], because she’s finally decided to put herself first and doesn’t want to be distracted by a romance,” Metz told the Post. “Kate always wanted to pursue music, like me, but she was afraid to. She never felt good enough or pretty enough.”

New episodes of This Is Us air on NBC at 9 p.m. ET Tuesdays.