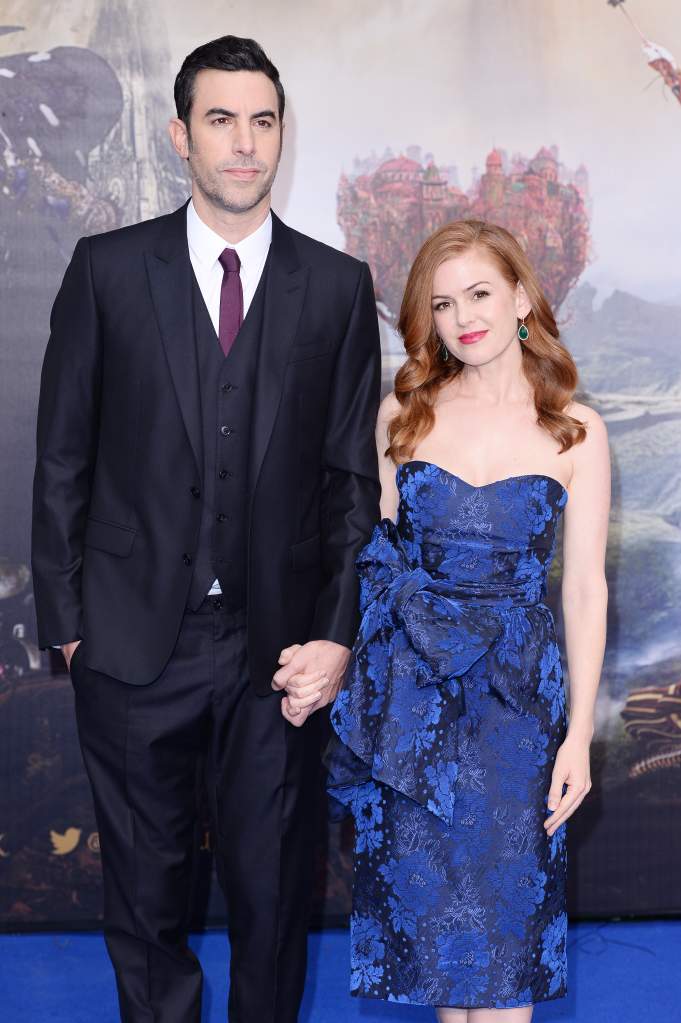 In 2010, two of the funniest actors in Hollywood tied the knot. Sacha Baron Cohen, best known for portraying the character Borat, and Isla Fisher, widely recognized for her role in Wedding Crashers, met at a party in Sydney in 2002, and were engaged two years later. On March 15, 2010, they were married in Paris, France.

In March, Fisher admitted that she played a role in Cohen’s appearance as ‘Ali G’ on the Oscar stage earlier this year– she smuggled her husband’s Ali G costume into the Kodak Theater in her underwear.

Fisher told Jimmy Kimmel, “He said ‘I want to sneak in and do Ali G but I can’t find any of the costume on my body because they’re gonna put me through metal detectors and be ultra suspicious.'” Cohen then followed up by asking Fisher, “Sweetie, will you fit giant yellow glasses, a hat, a glove, and a beard inside your spanx?”

The ruse came with a bout of stress, though. After Fisher and Cohen locked themselves into a bathroom to change into his costume, Oscars producers kept knocking on the door, asking if everything was alright.  Fisher told them Cohen had a stomach ache. “I had to lie to everyone, which made me feel really guilty and then they gave me all these Tums, so I had to eat them so it wouldn’t look suspicious.”

2. They Have Two Daughters and One Son 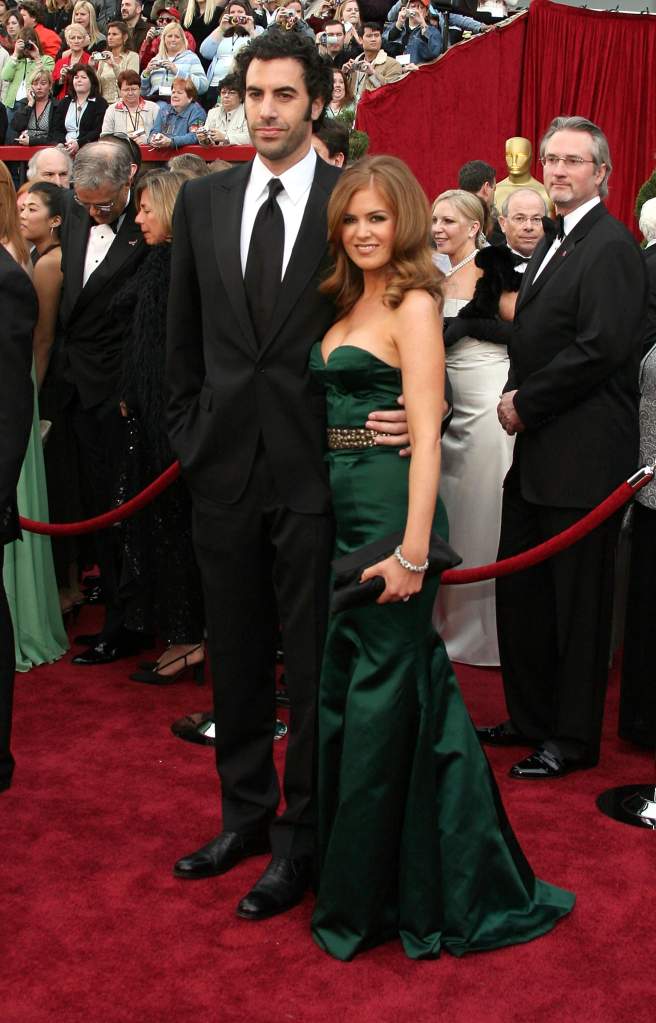 Together, Fisher and Cohen have three children– two daughters, and one son, whose names are Olive, Elula, and Montgomery. Fisher has said that she’s taken on more supporting roles so that she can focus on her growing family.

In July 2013, she told The Daily Mail, “Family is 100 percent my top priority. So I’m much more comfortable doing supporting roles right now. And often. They’re the most interesting. You get to be a character actress.”

In an October 15 interview with The Telegraph, Isla said, “I’m lucky enough to be able to stay at home and be with my family. I used to devour every script, but now I’m focused on my family life, which has brought me so much satisfaction in a deep way.” 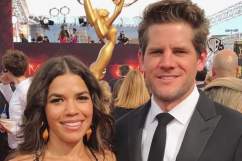 3. Fisher Converted to Judaism for Cohen

When Fisher and Cohen tied the knot, Fisher decided to convert to Judaism for her husband. In 2013, she revealed to Express that she loves being Jewish. “I love the focus on family, food and laughter. You know, I didn’t get to go to university because I’ve been acting since I was a kid. So, for me, studying theology was also fascinating. I love Judaism.”

Fisher went on to discuss how odd her relationship with Cohen can sometimes feel. “It’s definitely not… normal… You know there have been times in the past with the guerrilla style film making of Borat and Bruno where there were surreal conversations: ‘How many people are suing us? Are you wanted in any states? Are you alive?'” 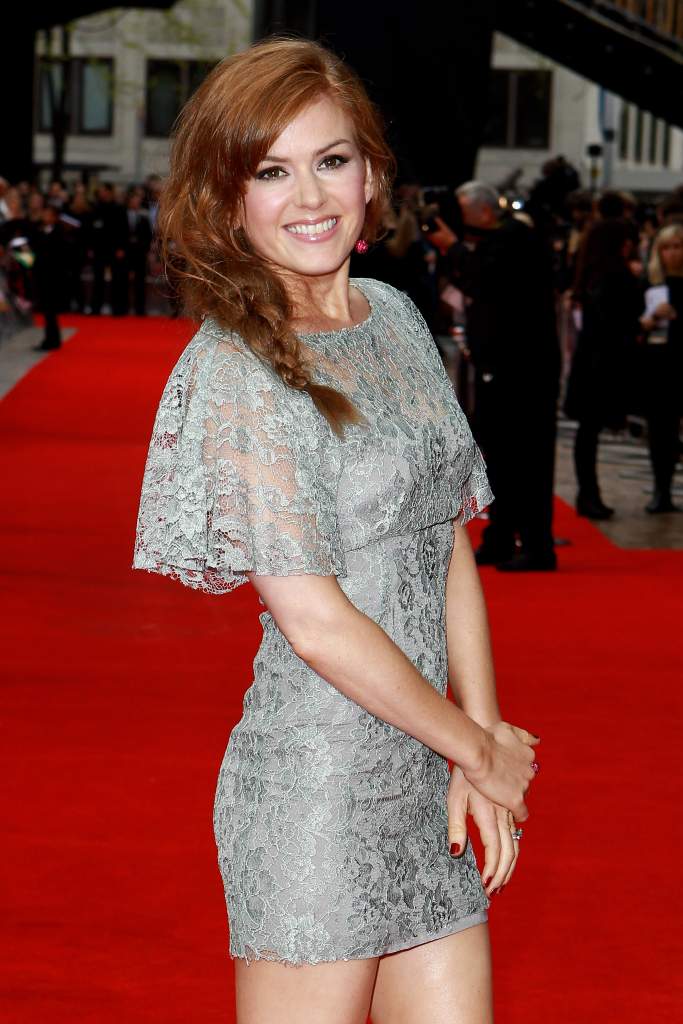 In February, Fisher told The Daily Mail that her husband likes to come home in character after work some nights, which confuses their children. When asked if he comes home in costume, too, Fisher says, “Of course he does, it’s hard to drop the accent if you’re doing it all day on set. Obviously the kids get very confused. When they were tiny and The Dictator would be holding Elula, it was very strange!”

5. They Split Their Time Between LA and North London

Isla and Sacha split their time between LA and North London, according to The Telegraph. And contrary to what some may think, Fisher says she and her husband are able to be incognito much of the time.

When she was a teenager, Fisher co-authored two young adult novels with her mother, titled Seduced by Fame and Bewitched. She also recently published a children’s book titled Marge in Charge, a funny tale of a scary babysitter. 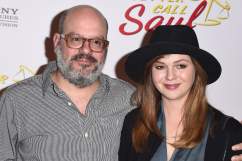