Tonight, former X Factor UK winner James Arthur will be back to perform during the live results show. Though Arthur has had a turbulent few years, he’s in the midst of what Digital Spy has titled a “sensational comeback”, and hopes that tonight’s performance will put him back in the good graces of those fans who may have stopped supporting him since winning the show.

Read on to learn more about singer James Arthur.

Arthur, 28, won the X factor in 2012. His single, ‘Impossible’, debuted at number one on the UK Singles Chart in its first week of release. Arthur’s second single, ‘You’re Nobody ’til Somebody Loves You’, reached number two on the UK charts.

Arthur’s debut studio album, simply titled James Arthur, was released on November 1, 2013, and soared to No. 2 on the UK Albums Charts. It was eventually named the 30th best-selling album of the year in England.

2. His Songs Have Generated Controversy Over Homophobic Lyrics 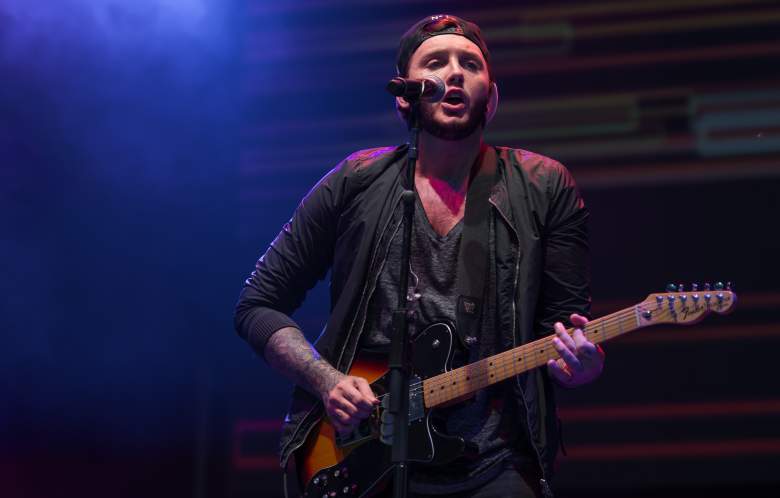 Arthur struggled with fame for the first few years. In 2014, his use of the word “queer” in a rap war with fellow former X Factor contestant, Lucy Spraggan, was met with heavy criticism. In fact, his fans demanded a refund for his album, when Spraggan published a series of message exchanges between the two singers.

After the incident, Arthur was forced to give up his Twitter rights to his management, who would henceforth be tweeting on his behalf.

3. He’s Been Involved in a Series of Sex Scandals

In March 2013, Arthur invited an 18-year-old beauty therapist named Danielle Withey over to his flat after the two exchanged a series of “naughty” Twitter messages, according to Mirror. Withey ended up selling her story to a national newspaper, and revealed that at one point that evening, James requested she go to the garage to, “pick up a £5 bottle of Rose wine and then had sex with her while still in his jumper and socks.”

In May of the same year, Mirror reported that, “a prostitute and Ria Vincent performed a sex act on James while he wore his white socks.” They also sold their story to a newspaper.

4. He Was Fired by Simon Cowell for Lyrics That ‘Glorified Terrorism’

In 2014, Arthur was fired by Simon Cowell for lyrics that glorified terrorism– I am going to blow your family up like I am a terrorist. Mirror writes, “[The lyrics are] believed to be the last straw for music mogul Cowell– who, according to reports, immediately fired him.”

Last month, however, it was announced that Arthur had re-signed with Cowell’s company. The news is part of a series of events that have lead to the former winner’s “sensational comeback”– earlier this month, Arthur rocked the iTunes charts with his new single, Say You Won’t Let Go. The song was so successful that it beat out Gaga’s new hit, ‘Perfect Illusion’.

5. He May Have Lied About Being in Foster Care As a Child

When Arthur came on the X Factor in 2012, he spoke about his past, saying he had been homeless and had served time in foster care. He’s reported by Unreality TV as saying, “My mum and dad split up when I was very young, the difficult thing for me was the fact that my mum and my dad didn’t have any sort of relationship for my entire life, I went off the rails especially at school, I used to get suspended, thrown out, I ended up like sleeping rough sometimes, so I volunteered myself into foster care, I didn’t want to be involved in any of the arguing anymore, I just wanted to get away, so initially music was a coping mechanism.”

In August of 2012, Arthur’s mum, Shirley Ashworth, came forward saying that her son exaggerated and that the way he described childhood is far from the truth. She told the Evening Gazette, “I think one little comment James made when put on the spot has been taken out of all proportion. His dad and I have had our differences in the past, but you don’t divorce your children and we’re all very close. His dad Neil is a great dad.”

In an interview with the Daily Mail, James said that his mom kicked him out of the house when he was younger, but Ashworth has said that never happened. “There was probably one occasion where we fell out and he stayed on a friend’s sofa – how many parents of teenagers haven’t been through that? It’s not how it’s been perceived. He got into a little trouble at school at times, but no more than many other teenage boys. His whole family has supported him his entire life and we’re so, so proud of him.” 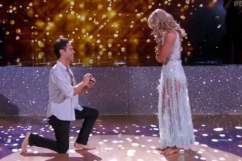