Rob Van Winkle, most commonly known as Vanilla Ice, is currently appearing on Dancing With the Stars with pro partner Witney Carson. So, what’s the deal with Ice? Is he married, single, or dating someone? Vanilla Ice has actually been in a long-term marriage with his wife Laura Giaritta since 1997. The couple met at a 4th of July party in 2005 and later began dating. Get the details on Ice’s love life and his wife below.

1. The Couple Has Two Daughters Together

Some may find it hard to believe that Vanilla ice has two nearly-grown daughters – Dusti Rain (born 1998) and KeeLee Breeze (born 2000). Both girls recently appeared on DWTS in support of their father who sang their praises.

2. In 2011 There Were Rumors of Infidelity in the Couple’s Marriage

Year ago in 2011, The Boom Box reported that Ice moved out of his Wellington, Florida home because his wife had allegedly cheated on him. At the time, Guaritta denied the allegations but confirmed to the National Enquirer that:

We’ve had problems for a very long time and Rob has moved out. 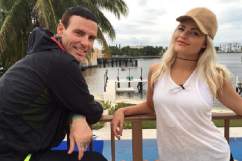 3. Vanilla Ice Has Been Arrested for Assaulting Guaritta

Vanilla Ice has had run-ins with the law several times and a couple of those incidents involved his wife. In January 2001, Ice was arrested and pleaded guilty to charges of disorderly conduct against his wife. He was then sentenced to probation and family therapy.

Fab Celebrity reports that Ice was also arrested in 2004 for assault against Guaritta. Then, in April 2008, he was arrested again on a battery charge for allegedly kicking and hitting his wife. The case was later dropped and, at the time, The Daily Entertainment News reports that Ice reportedly told police his wife suffered from bipolar disorder.

4. The Couple Owns a Store Together

Not only does Ice and his wife share a life together, they also mix business into it. Fab Celebrity reports that the couple opened up an Extreme sport store together in Miami, which they named after Ice’s album “2 The Xtreme”.

Madonna has dated several celebrities, from Sean Penn to Warren Beatty to Vanilla Ice. In 2011, Ice opened up about the demise of his relationship with ex Madonna in 1992, telling the NY Daily News:

Ice said he found the book to be disgusting and cheap. Even so, Ice has admitted that Madonna was a great lover and exciting. 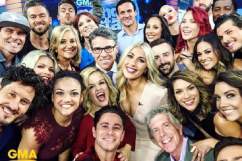