This year, all of @lauriehernandez_'s dreams came true! What is the greatest honor you've ever won? #DWTS #MostMemorableYear

Laurie Hernandez, 16, and Calvin Johnson Jr., 31, are the two contestants who are favored to win this season of Dancing With the Stars, though there are a few dark horses in the running, like race car driver James Hinchcliffe.

Tonight is a theme of “most memorable year” for the contestants on DWTS with both Hernandez and Johnson honoring accomplishments in their athletic careers. Johnson’s most memorable year was in 2012, while Hernandez’s was in 2016. For her performance this evening, Hernandez is dancing the Paso Doble with pro partner Val Chmerkovskiy to the song “Rise” by Katy Perry. As for Johnson, he is performing a jazz routine to “Ain’t No Mountain High Enough” by Marvin Gaye and Tammi Terrell.

Currently, Hernandez is juggling homeschooling, athletics and Dancing With the Stars, revealing in her Us Weekly blog that:

This week I’m still balancing school, dancing and gymnastics. I’m actually studying for the SATs right now, so it’s a mix of SAT prep and regular schoolwork. I had my first math test of the year this week! Since I’m homeschooled, I send in my tests, and after a certain marking period, they send me a report card. I’m starting to like math a little bit better!

When it comes to tonight’s performance, Hernandez dished a little on what we can expect, saying:

I’m dancing to “Rise” by Katy Perry, which is the song she wrote for the Olympics. They sped it up a little and added a few beats just because we’re doing a paso doble, so it’s a little more intense — but like the song already was, it’s very intense and dramatic. I did pick 2016 as my most memorable year, but it’s more acknowledging what happened leading up to this year. The dance is about how I dedicated my whole entire life to gymnastics, but it wasn’t until this year that I could really come out and show the world what I had been working on since I was 11 years old.

Everybody just saw the Olympics and saw that I got medals, but they didn’t see all the hard work that went behind it. So that’s what we’re going for this week: Not just to show that I got a silver medal in beam, but all the dedication I put into getting to that point. I don’t think everyone realizes that I was extremely nervous before right I got up on the beam in Rio.

True fans of @megatron know the answer: Why is 2012 his #MostMemorableYear? Give it your best guess. #DWTS

Hernandez revealed she is definitely nervous for her performance tonight. As for Calvin Johnson Jr., during his most memorable year, he actually broke Jerry Rice’s single-season record for receiving yards and set other records as well. He finished the football season with many new accomplishments to his name. 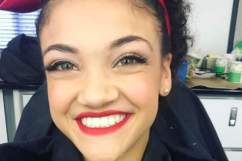 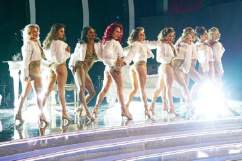