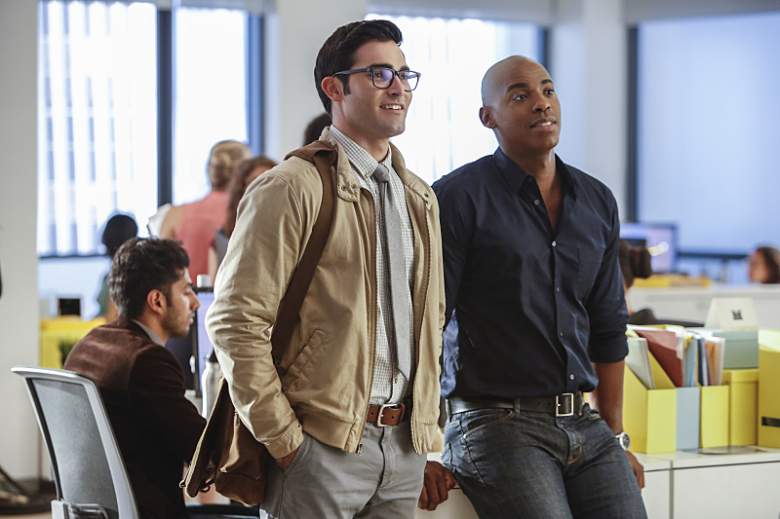 Mehcad Brooks’ casting as James Olsen in Supergirl was one of the first signs that Greg Berlanti and his team were going in a very different direction in their depiction of Superman and Supergirl’s world. While the original Jimmy Olsen was “Superman’s Pal,” always getting into trouble and needing to be rescued, Brooks’ James Olsen is a very different character. He’s still Superman’s best friend, but he’s also a mentor to Kara (Melissa Benoist).

Here’s a look at Brooks’ role, the actor and what’s next for James. Warning: spoilers ahead! 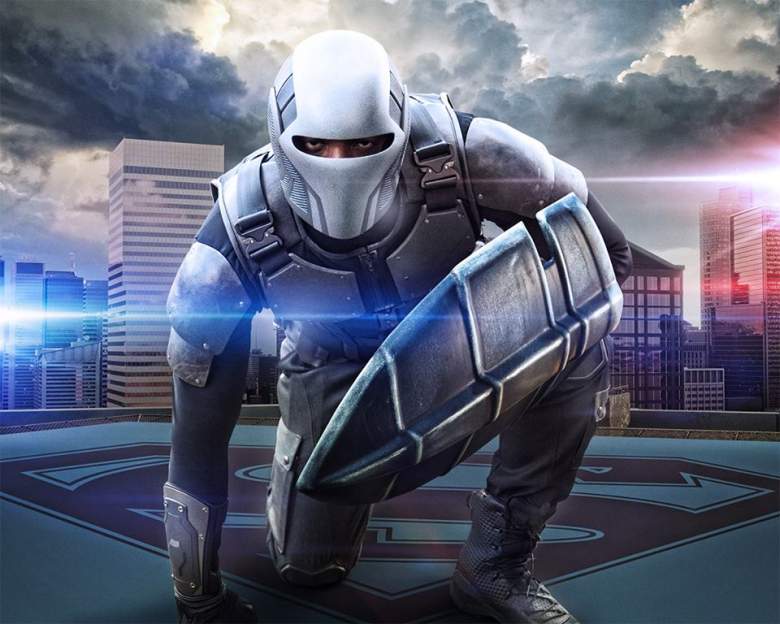 At some point during season two, James Olsen will take on a superhero role himself. He will become Guardian, a superhero traditionally based in Metropolis. Jim Harper was the original character and he was cloned by the mysterious Project Cadmus, the group that we saw create Metallo in “The Adventures of Supergirl.”

“James is going to decide that he can no longer be a sidekick, so he’s going to become a vigilante,” executive producer Andrew Kreisberg told TV Line. “He’s going to become Guardian, complete with the shield, which is going to cause a massive problem in his relationship with Kara because he decides not to tell her.”

Kreisberg explained that James recruited Winn Schott (Jeremy Jordan) to be Guardian’s “man in the van.” He teased “comedy gold” whenever James and Winn work together.

2. Brooks Says the ‘Supergirl’ Team Reinvented the Character for the 21st Century by Making Him Black 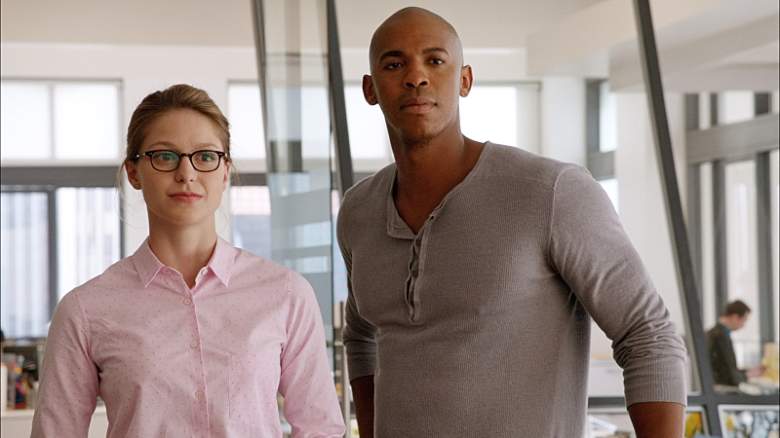 Before Supergirl premiered on CBS last year, Brooks was frequently asked about the fact that he’s playing a character that has been depicted as white since he was introduced in 1941. And it wasn’t just changing Jimmy’s race that was different. Jimmy has always been a much younger character, not a 6’3″ character romantically involved with Supergirl. (Although, as we saw at the end of “The Adventures of Supergirl,” their romance might be dead.)

“I think we’re sort of reinventing Jimmy Olsen for the 21st century,” Brooks told The Wrap in September 2015. “The character was created 75 years ago, and in the societal mentality back then, people were very monochro-matic. But we’re righting a lot of those social inequities from the past.”

In an Fangirlish interview, Brooks said that the “DNA’s the same” in his James.

“He’s still has truth and justice in his heart, he’s still Superman’s best friend, he’s still a great guy, but he’s just a little stronger. I would say he’s suave, he’s more romantic, he’s got a whole lot of other things going for him that we didn’t see,” Brooks told the site.

In Supergirl, James moved to National City to keep an eye on Kara while Supes stays in Metropolis.

3. Before ‘Supergirl,’ Brooks Starred on USA’s ‘Necessary Roughness’ as TK 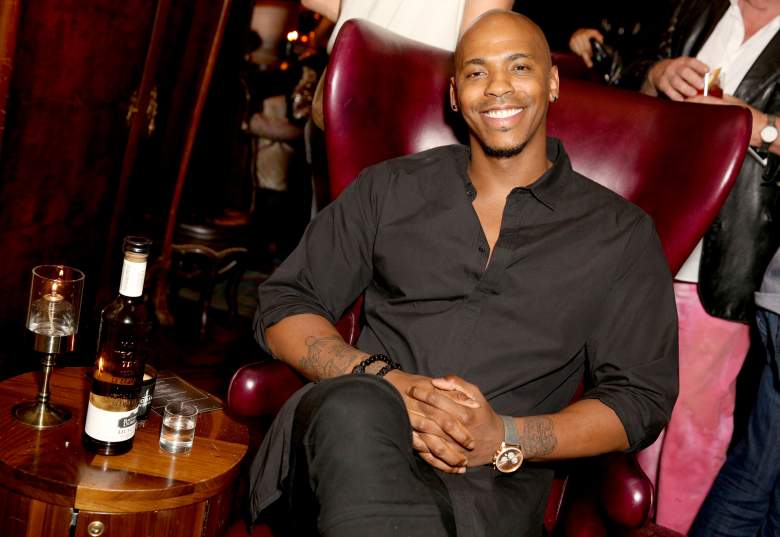 In an interview with Buddy TV in 2012, Brooks said that he received positive feedback from NFL players about his performance on the show. His role required him to do research on PTSD.

“I’ve had a lot of positive feedback, and I’ve had some really helpful criticism actually too. Like there was actually a conversation with a very well-known wide receiver in a nightclub,” Brooks recalled. “And he was helping me with my stance in the nightclub. And everybody’s dancing around us like we’re in New York, and I’m like, all right. He’s like, no. He said, ‘The problem is your form is down perfect, but you look like a poindexter.'”

The Necessary Roughness job came to Brooks after he starred in My Generation. That show was an intriguing idea from Noah Hawley, who would go on to develop Fargo, about a high school class reuniting 10 years after graduation for a reality show. ABC cancelled the series after just two episodes aired in fall 2010. 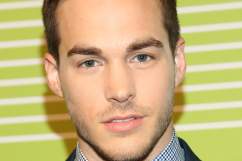 Brooks starred in 14 episodes of HBO’ True Blood as Eggs Talley. The character became a fan-favorite and launched his career, although he had been in The Game and Desperate Housewives before.

The 35-year-old actor told New Now Next that he didn’t realize the character was becoming popular until women would come up to him and ask him to bite them.

“That’s been an interesting thing to watch, but … having had to struggle for so long and worked so long for what I have achieved, it’s not that I buy that,” he said of the fame his True Blood character earned. “I don’t buy that. That’s not me. It’s Eggs. I really appreciate that I touched you, and I understand that you love what I did, but you might hate my next role. You might think I suck the next time, so that’s not for me to own.”

The role also attracted a gay following, which he didn’t even know he had earned by being on True Blood until a reporter told him. Brooks explained:

He said, “You realize you have a huge gay following?” I’m aware of it now. I grew up with a gay uncle who I was very close to and my parents are very liberal and there was a time where … I think every young person questions what their sexuality is. And I did the same
thing. I had questions in my head and I realized that I was straight and I thought “Well, why is that any different for anybody else?” If I woke up one day and realized that I like women, why is that different than a woman who wakes up and realizes she likes women or a guy who wakes up and realizes he likes men?

5. Brooks Was a Model Before Heading Into Acting & Felt Uninspired

Brooks started out as a model, but he found that an uninspiring job. “My modeling career inspired me to date models. That’s about it,” Brooks told Clutch Magazine in 2009. (In 2011, Brooks dated model Elisabetta Canalis after she broke up with George Clooney.)

“I paid for portions of college through modeling and that was the main purpose. I was always uncomfortable standing still in front of cameras. I just felt plain stupid,” Brooks told Clutch Magazine.

In the same interview, Brooks said that he wanted to be an actor first, since he was 15. “Then later that summer I wrote, directed and acted in a play with my brother and I knew I wanted to be an actor professionally. I was always the class clown and I figured I may as well get paid for it,” he said.

In 2006, Brooks starred in Glory Road and, a year later, appeared in In The Valley of Elah with Tommy Lee Jones.

‘Supergirl’ Season 2 Premiere: What Time & Channel Is the Show On?