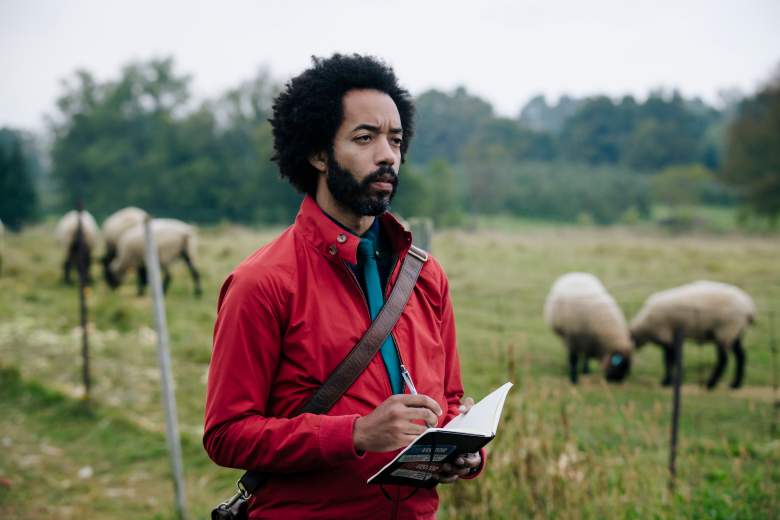 The newest original comedy from TBS is People of Earth, starring former Daily Show correspondent Wyatt Cenac. It’s a perfect fit for Halloween night, as it involves aliens. Read on for a preview of the series and to learn when it debuts.

People of Earth was originally titled The Group and centers on a self-help group for people who were abducted by aliens. Cenac plays Ozzie Graham, a skeptical journalist who meets the group when he’s investigating a car accident. As he learns more about their stories, he discovers a bit of truth in each of them and begins thinking that he was abducted, too.

The series was created by David Jenkins, whose pilot script attracted the attention of executive producers Conan O’Brien, The Office‘s Greg Daniels and Conan‘s Jeff Ross. TBS put in a 10-episode order for season one.

In an interview with USA Today, Jenkins explained where the idea for People of Earth came from:

I read about an alien abduction support group on the East Coast, and they just sounded very interesting to me. They all sounded like normal people. I started the article expecting to hear about a bunch of crazy people you would find on Craigslist or something, but they were Realtors, bankers (and) had jobs.

CHANNEL: TBS (To find out what channel TBS is for you, click here to go to TVGuide.com and click “change” next to “Provider.”)

“Pilot” – New York journalist Ozzie Graham (Wyatt Cenac) arrives at a support group for alien abductees when investigating a suspicious car accident in the series premiere of this ensemble comedy.

“Sponsored By” – Gerry tries to win Ozzie over. Meanwhile, Chelsea opens up to Father Doug about her marriage, and tensions escalate when Jeff, Don and Kurt prepare for an alien invasion.