Singer Pete Burns, who earned fame in the 1980s with the pop group Dead or Alive, has died at age 57.

Hmmm so many wigs, soooo many choices. pic.twitter.com/FYdYipSSBF

CNN said Burns, who was from England, was known for his androgynous look and plastic surgery as well as the hit 1985 song, “You Spin Me Round.” According to CNN, the pop group Dead or Alive started out as a Liverpool band named Nightmares in Liverpool, which Burns started when he was working in a record store.

.Burns’ management team broke the news on Twitter, saying that Burns had died suddenly on Sunday, October 23, according to BBC.

“He was a true visionary, a beautiful talented soul, and he will be missed by all who loved and appreciated everything he was and all of the wonderful memories he has left us with,” said the management team’s statement, BBC said.

You can read the full statement here:

Hi guys, it's Kyle here. Was asked to send out this tweet on behalf of Steve, Lynn & Michael. #rippeteburns #sadtimes #icon SO SAD!!! pic.twitter.com/rOkAVHsZQg

Burns starred in Celebrity Big Brother 4 in 2006, said The Mirror.

Burns’ last tweet other than a retweet said cryptically, “counting down the days.”

Counting down the days…..

The Mirror said Burns had suffered ill health last week and backed out of a promotional appearance for his new album.

Boy George joined other stars in mourning Burns’ passing, writing on Twitter, “Tearful about the passing of @PeteBurnsICON he was one of our great true eccentrics and such a big part of my life! Wow. Hard to believe!” 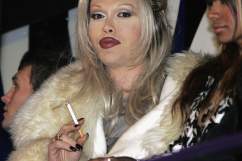 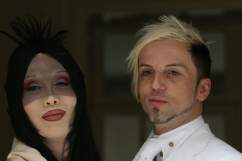