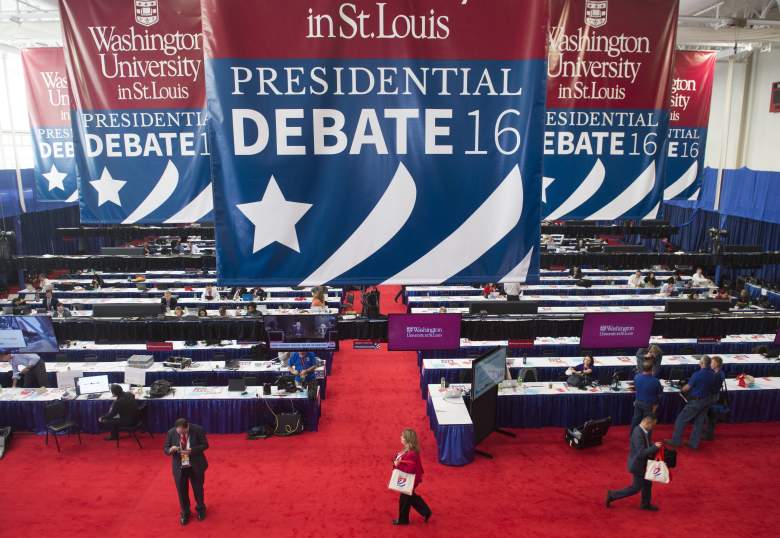 The second presidential debate between Hillary Clinton and Donald Trump marks Trump’s first public appearance since a 2005 tape of Trump telling Billy Bush about a failed sexual encounter with Nancy O’Dell. As they did during the first debate late last month, celebrities are out in force live-tweeting their thoughts as the debate goes on.

The second presidential debate started at 9 p.m. ET from Washington University in St. Louis, with Martha Raddatz of ABC News and CNN’s Anderson Cooper co-moderating. The debate is in a town hall format.

Here are some of the best live tweets from the debate. This post will continue to be updated as the debate continues.

So Billy Bush was suspended from @TheTodayShow &we may nominate the other guy on the tape to run the free world. AM I IN THE TWILIGHT ZONE?!

A Texas justice had an oddly funny tweet at the start of the debate.

Comedian Patton Oswalt yelled about how Trump and Clinton did not shake hands.

NO. SHAKE. Didn't even acknowledge he was there. OMAR COMIN'. #debates

Just cause people like you doesn't mean you can be president! I wouldn't run cause I don't know how to run a country! Wouldn't say I could

Jones also liked to curse at the television.

"Well what would I do in "call of duty" that's my strategy" fuck idiot! pic.twitter.com/xGii8MaynV

Are Trump’s comments really what you hear in a locker room?

I didn't even know hell had a locker room. #debate

Now Trump gets to it. Attacks Bill Clinton as "much worse." Calls him "abusive to women." Points out his guests. #debate

He just called her the Devil! In a presidential debate! Amazing. #debate

Arianna Huffington suggested that this needs to end with the introduction to Saturday Night Live.

With the right music this is a horror movie. #debate

This is the worst battle rap ever #debate

Shorter @andersoncooper: "WHY AM I YELLING?!"

Shameless star Emmy Rossum noted that Trump’s original call to ban Muslims from entering the U.S. is still on his website.

By the way, the original call for a ban is STILL ON HIS WEBSITE. #debate

Donald Trump’s campaign has been live-tweeting at his Twitter page:

I hope when the MSM runs its “interruption counters” they consider the # of times the moderators interrupted me compared to Hillary. #Debate pic.twitter.com/R0Yuh3pX9O

Going to the polls to vote like…… #Debate pic.twitter.com/GITrm6189y

Maria Shriver tweeted about the discussion on Russia’s apparent attempt to influence the election.

We have never seen an outside country try this hard to influence an election. Terrifying. #debate

Grace Parra joked about the “other” Lincoln movie not referenced.

McConaughey, sadly: "I made a Lincoln movie too" #debate pic.twitter.com/2uf6D9IWSA

I used to think we lived in the prequel for "Idiocracy" but now I realize it's "Madmax". #debate

If you advocated a no fly zone – why do we need to bring so many Syrian refugees to the US? Your advocations obviously don't work!!! #debate

Raddatz has been earning some acclaim:

Although Raddatz has been criticized by others:

Hey, @andersoncooper – why don't you admonish Martha Raddatz for heckling Trump? This is RIDICULOUS. #debate #ThreeOnOneDebate

Trump brought up the inner cities, unprompted in response to an African-American man's question. #Debate

Patton Oswalt was disappointed that there were no questions about climate change.

Not…ONE…direct…climate change question? Please tell me that's ALL the third debate will be about? #debates

Im very proud of @HillaryClinton tonight. It was a very uncomfortable debate. When he went low, she went high. #imwithher #debate

John Francis Daley liked the positive question at the end.

They made that last question super positive so we don't all lose our minds. Which I appreciate. #debate 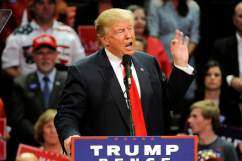