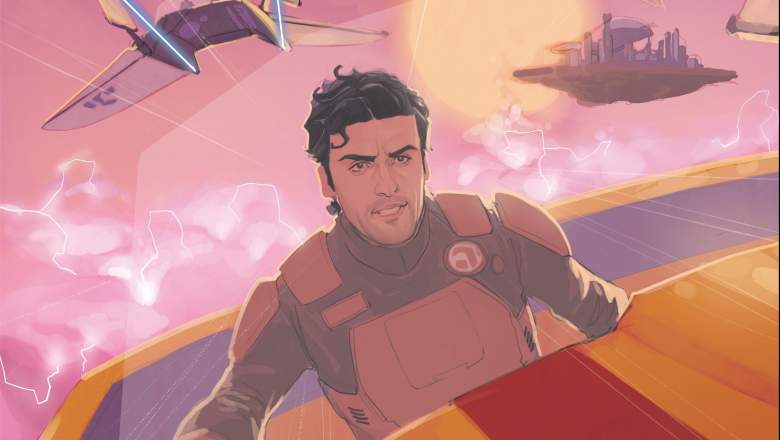 Now that Darth Vader is over, Marvel is down to two ongoing Star Wars series (at least until Dr. Aphra starts this winter). Both Poe Dameron and the main Star Wars series have new issues hitting book stores on Wednesday, October 26. Here’s a look at the latest chapters in the Star Wars saga.

In the seventh issue of Poe Dameron, Angel Unzueta takes over as the interior artist for Phil Noto. Unzuera’s work should be familiar, since he also did the art for two issues of Shattered Empire and drew Star Wars Annual #1. Charles Soule remains the writer and he gives Poe a chance to take a day off to meet a friend. However, vacations rarely go as planned in the Star Wars universe. It turns out that his friend is a journalist who might know a big secret about the First Order and they become targets.

Click here for a preview of the issue, vua PreviewsWorld.com. 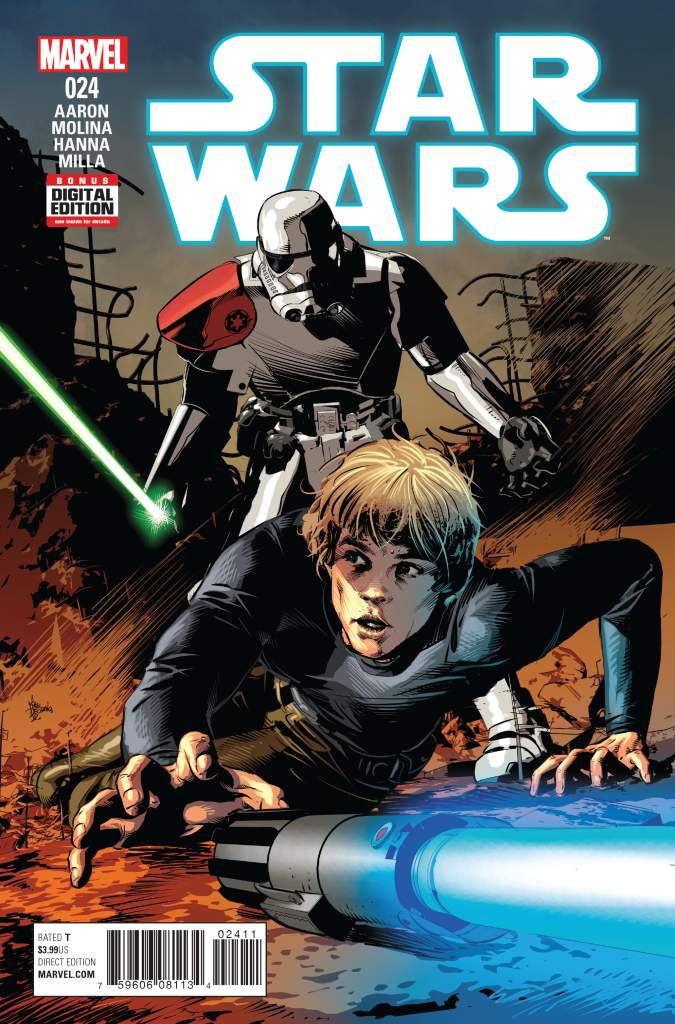 Meanwhile, our Original Trilogy heroes are in their own trouble. Sergeant Kreel and the elite SCAR Squad of commando stormtroopers have made it onto the Harbinger, the Star Destroy Han Solo, Luke Skywalker and Princess Leia hijacked. Kreel, who carries a lightsaber will be a surprising challenge for Luke as they hope to get off the Star Destroyer alive and complete their mission. Jjason Aaron is the writer and the art is by Jorge Molina.

You can click here to read a preview of the issue via PreviewsWorld.com.