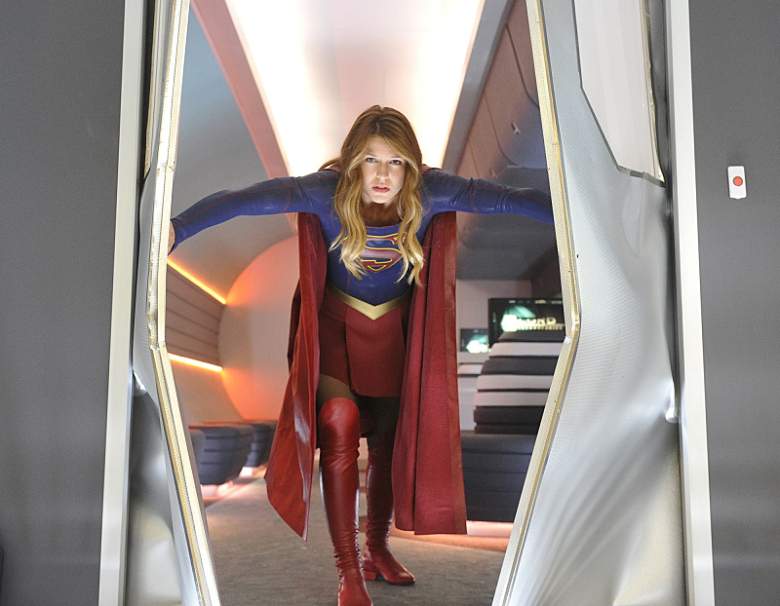 During his last assassination attempt, Lena shot Corben and, at first, we didn’t know where he was taken. Just before the end of the episode, it was revealed that he had been taken to Cadmus. Nearly dead, Corben was pumped with what appears to be kryptonite and he became Metallo. (By the way, Cadmus is that mysterious government agency that has a thing against superheroes.)

Metallo is one of Superman’s key enemies and has been around since 1959. The character is a cyborg powered by a pure kryptonite heart.

Supergirl‘s origin is significantly different from the one in the comics. In the comics, Corben is a con man who was found near death by a professor who turned Corben into a kryptonite-powered cyborg because he believed Superman was a danger to the world.

He has been used several times before in Superman projects. Malcolm McDowell voicedh im in Superman: The Animated Series. Metallo was also used in the Superboy series, Lois & Clark and Smallville. Brian Austin Green played him in Smallville.

In Supergirl, he is played by Frederick Schmidt. His casting was reported by Entertainment Weekly in August.

Overall, the first episode of the season, “The Adventures of Supergirl,” was an exhilirating return for the show and a great introduction for those who might be watching for the first time. Aside from the introduction of Metallo and the a peek at Mon-El, the biggest development was Kara’s decision to become a reporter at CatGo. This new job will allow Cat Grant (Kalista Flokhart) to hand Kara over to Snapper Carr, who will be played by Ian Gomez in a future episode.