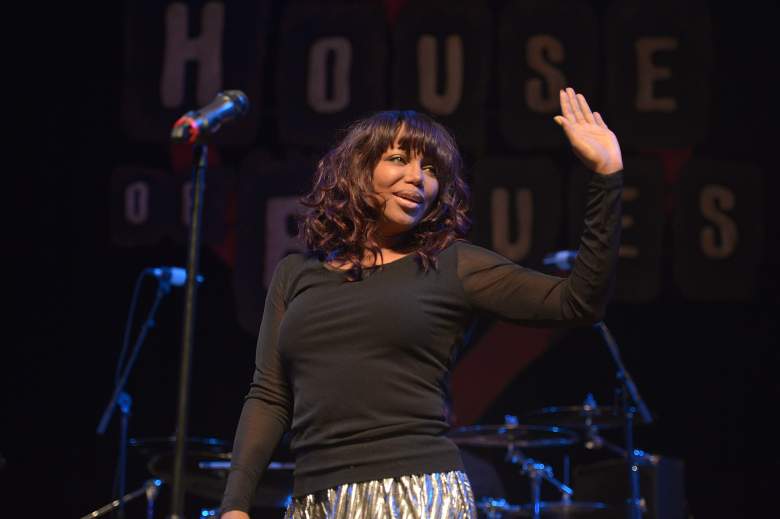 Surviving Compton: Dre, Suge & Michel’le aired on Lifetime, despite Dr. Dre’s attempts to stop the network from airing the film. It centers on his relationship with singer Michel’le Toussaint, the mother of one of his children. The film sparked a strong reaction from Twitter, with plenty of viewers offering funny thoughts on a film with a very serious subject.

Michel’le claims that Dr. Dre abused her, claims that Dre has denied. During the week, his lawyers attempted to stop Lifetime and Sony Pictures TV, which produced the film, from airing it. However, Michel’le, who was also married to Suge Knight, stood by her claims and Lifetime aired the film. It does include a disclaimer at the end that reads, “Dr. Dre, through his attorney, denies abusing Michel’le and challenges her credibility.”

Many viewers suggested on Twitter that the film will change their point of view of Dr. Dre. Others praised Lifetime for sticking to their plans to air it. Some also reacted to the portrayal of Suge Knight. R. Marcos Taylor, who played Knight in Straight Outta Compton, reprised his role in the Lifetime movie. Michel’le was played by Rhyon Nicole Brown.

Here are some of the best Twitter GIFs and memes shared in response to the film.

That's the best Suge could come up with? They was playing football? That sounds suspicious. #SurvivingCompton

#SurvivingCompton
*Me meet a guy*
"So where you from?"
"Oh you know I'm from Compton baby!"
Me: pic.twitter.com/OgOEHJUWRE

One user applauded Lifetime for airing the film.

WOW. @lifetimetv's got BALLS! Airing #SurvivingCompton under the threat of lawsuit. Kudos to you! pic.twitter.com/f9XbzN3Eaw

Another noted how ironic it was that Dre calls his headphone line “Beats By Dre.”

so we're just going to ignore how ironic it is that his headphones are called "Beat(s) by Dre" #SurvivingCompton pic.twitter.com/xjwMQdqOa2

Another used a Community GIF to show how Dre might react to seeing the film.

One user suggested that Dre should shut down his Instagram account because of the comments he’ll be getting.

Dre might as well delete his IG. His comments are in shambles. ?? #SurvivingCompton pic.twitter.com/3PVavut72N

One site found it a little odd for Michel’le to say that, “We were the Jay Z and Beyonce of the 1990s.”

#SurvivingCompton "we were the jay-z and beyonce of the 1990s" pic.twitter.com/LB1X7a9MFl

I appreciate Trichina Arnold standing up and confirming and supporting Michel'le's truth. Dre abused her. #SurvivingCompton

Some joked about how Apple might react to this, as the tech giant owns Beats by Dre.

Apple looking at Dr.Dre at the next meeting like #SurvivingCompton pic.twitter.com/thzEpcOK3V

Here’s another bit of praise for Michel’le.

#SurvivingCompton was Wonderful @Michellemuzic A Story about girl with a Dream turned into a Woman of Strength.. #RhyonNicoleBrown Perfect ? pic.twitter.com/Hr3qEfOXLG

Some speculated about how Dre’s wife, Nicole Young, would be taking this.

One person suggested that this was Lifetime’s best biopic.

Most viewers were on Michel’le’s side and happy to see that she moved on from the relationship.

When she walked in, stood up for herself and read him for FILTH! #SurvivingCompton pic.twitter.com/jMXKvyJWtY

Essence couldn’t believe that Michel’le went through this.

This is too much for one woman to endure! #SurvivingCompton pic.twitter.com/69Q6aAv6Cx

For others, it really changed the way they look at Dre now.

When you remember we haven't even got to the Suge Knight storyline yet #SurvivingCompton pic.twitter.com/cIHhEJ9MVY

Some were surprised to hear Michel’le say that she and Dre were like the Jay Z and Beyonce of the ’90s.

One more praise for Lifetime:

Damn that biopic was a lot to take in but lifetime did it right #SurvivingCompton pic.twitter.com/w6NBsfVXcb