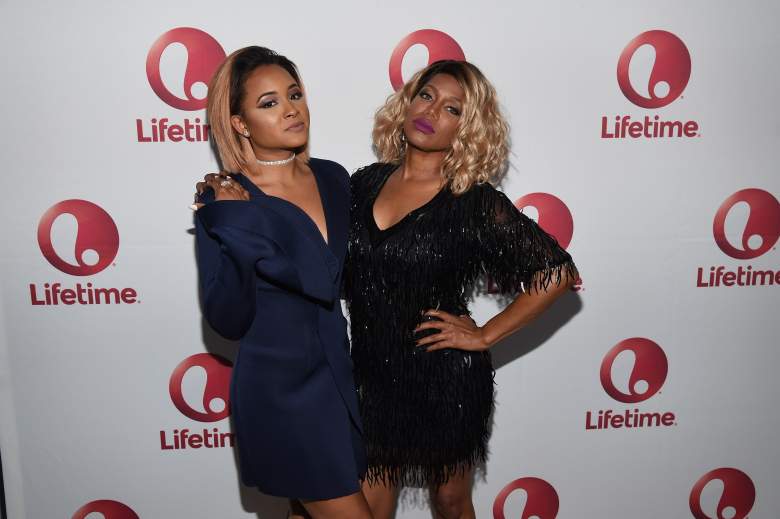 Actress Rhyon Nicole Brown and Michel’le, who she plays in Surviving Compton. (Getty)

Dr. Dre might have fought to keep it off air, but Lifetime is still planning to air Surviving Comtpon: Dre, Suge & Michel’le. The new film centers on the relationship between Dr. Dre and singer Michel’le Toussaint, who eventually married Suge Knight. The movie airs on Saturday, October 15 at 8 p.m. ET. Read on for a preview of the film.

Rhyon Nicole Brown (Lincoln Heights) stars as Michel’le Toussaint, who was the “first lady of Ruthless Records.” Her career started off promising, but behind it, she was being abused by Dre (Curtis Hamilon). She eventually became friends with Knight (R. Marocs Taylor) and married the Death Row Records co-founder. Michel’le had one child with each man and hasn’t recorded a full album since 1998.

Dre has threatened to sue Sony Pictures Television, which made the film, if Surviving Compton is released. According to TMZ, Dre claims that Toussaint never complained about violent behavior when they dated and never filed a police report. Toussaint later told TMZ that she’s not worried about the threat because she claims the events in the movie are true.

TIME: 8 p.m. ET (The film will be followed by Beyond the Headlines: Michel’le.)