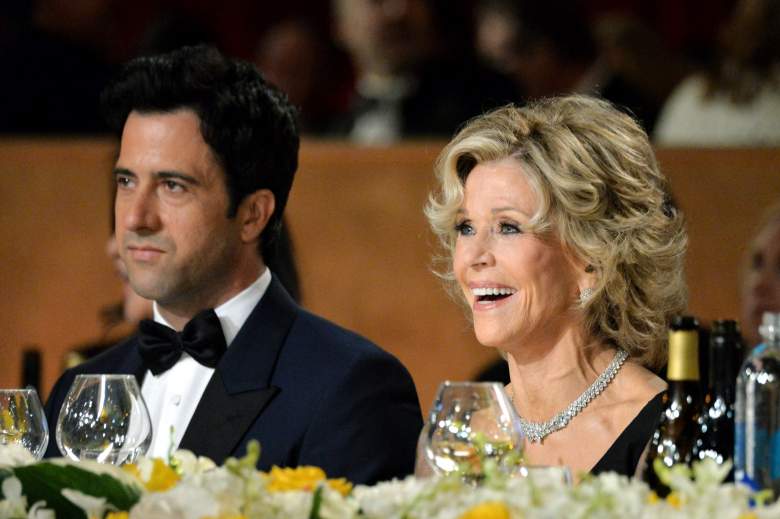 Troy Garity and his mother, Jane Fonda, at her AFI Lifetime Achievement Award ceremony in 2014. (Getty)

Actor Troy Garity is the son of Jane Fonda and former California State Senator Tom Hayden. Hayden was married to Fonda from 1973 to 1990 and the 43-year-old Garity was their only child together.

On October 23, Hayden died at age 76 following heart problems. He had been ill since the Democratic National Convention in July.

Garity is a Golden Globe nominee with over 40 credits to his name. His grandfather is the legendary actor Henry Fonda and his uncle is Peter Fonda.

Here is a look at the actor’s life and career.

1. Garity Changed His Name After Running Off to Join the Circus at Age 14

Garity was born in July 1973 and was born Troi O’Donovan Garity Hayden. In a 2004 Telegraph Profile, Garity revealed that he changed his name when he ran off to join a circus in Santa Monica at age 14. His parents hand named him after a Vietnamese fighter and an Irish revolutionary. The name Gairty was Hayden’s mother’s maiden name.

Garity fell in love with the circus life and envied the performers. During his time there, he changedh is first name to “Troy.”

“I was fascinated by the life they had. They were like gypsies, moving from town to town, but they were also dedicated performers who loved their craft more than anything else. They didn’t make much money, but that didn’t matter,” Garity told The Telegraph.

Eventually, Fonda found her son with the circus in San Francisco. “I got in big trouble,” Garity said.

In a 1998 interview with the Los Angeles Times, Hayden sounded proud that his son had dropped Hayden and Fonda from his name as a professional. “He’s got to be his own man. I don’t want him to be a carbon copy of me,” Hayden told the Times. 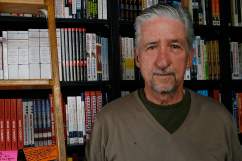 2. Garity Got His Mom’s Help to Pick Out an Engagement Ring for Simone Bent 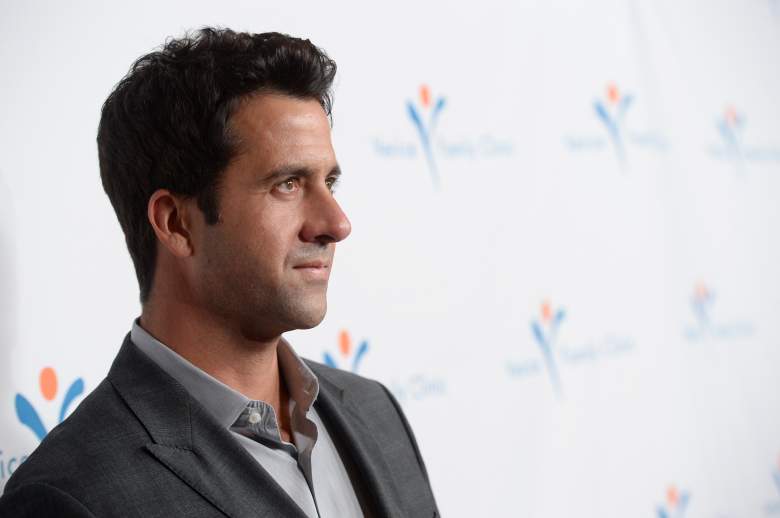 Garity has been married to Simone Bent since September 2007. As People Magazine reported at the time, the couple tied the knot at Columbia University’s St. Paul’s Chapel. The magazine added that Fonda likes Bent, and even helped her son pick out the engagement ring.

People added that Fonda was already calling her daughter-in-law before they were even engaged in 2006.

Bent has a Twitter page, although she hasn’t been active on the social media site in a year. The couple does not have any children. 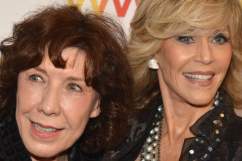 Garity earned acclaim in 2003 for his performance in the made-for-TV movie Soldier’s Girl. The film even earned him a Golden Globe nomination for Best PErofrmance by an Actor in a Miniseries/TV Movie. He was also nominated for Best Supporting Male at the 2004 Independent Spirit Awards.

The film earned two other Golden Globe nominations and was based on the true story of a soldier who falls in love with a transsexual nightclub singer. It was written by Ron Nyswaner, who wrote the film Philadelphia (1993).

Garity also earned an award for Best Ensemble for his role in 2002’s Barbershop. Garity has starred in all of the Barbershop films as Isaac.

Garity’s other film credits include Gangster Squad, The Brooklyn Banker and Red Sky. He’s also been seen on TV in Boss, Elementary and Hawaii Five-0.

4. Garity Once Played His Father in ‘Steal This Movie’ & Followed his Father’s Example as an Activist 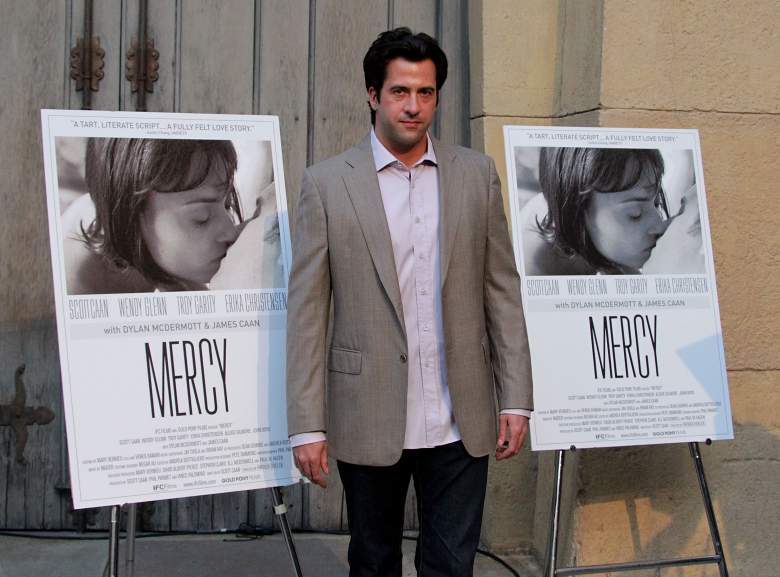 Garity was cast to play his father, Tom Hayden, in the 2000 film Steal This Movie, which starred Vincent D’Onofrio and was directed by Robert Greenwald. The film centered on Abbie Hoffman, who tries to get the story out about the FBI’s surveillance on far left groups.

Garity has more in common with his father than just playing him in a movie once. He followed in his father’s footsteps as an activist, creating the Peace Process Network, a gang intervention program.

Although Steal This Movie wasn’t a success, it was followed by a part in Perfume (2001) and Bandits (2001). Bandits provided him with a breakthrough.

His career got off to a rough start. As he told Backstage.com in 2004, he moved to Los Angeles after he graduated from the New York American Academy of Dramatic Arts. He was cast in an indie film called Bohemians, but the movie was never made.

Although the Barbershop movies are the most successful projects he’s been involved in, he told Backstage that he likes serious work more. “I prefer the serious stuff because I tend to not be serious [off-screen] so it’s personally more challenging,” he said.

Garity made his film debut as a child in On Golden Pond, the film that finally won his grandfather a competitive Oscar. Even though he was nine years old when Henry Fonda died, he told the Telegraph that he has fond memories of his grandfather.

“I found his presence comforting. I remember sitting quietly with him for hours and just drawing or painting on my own while he read or stared into space. I have a lot of dreams about Henry Fonda, where we just sit in a room together and say nothing,” Garity said. “At this point, though, I can’t tell if my memories of him are really mine or just things I’ve seen in photos or videos. That’s what’s so strange about having a famous grandfather – you have trouble separating the man from his image.”

Garity admitted that if acting wasn’t in the family, he probably wouldn’t have become an actor. 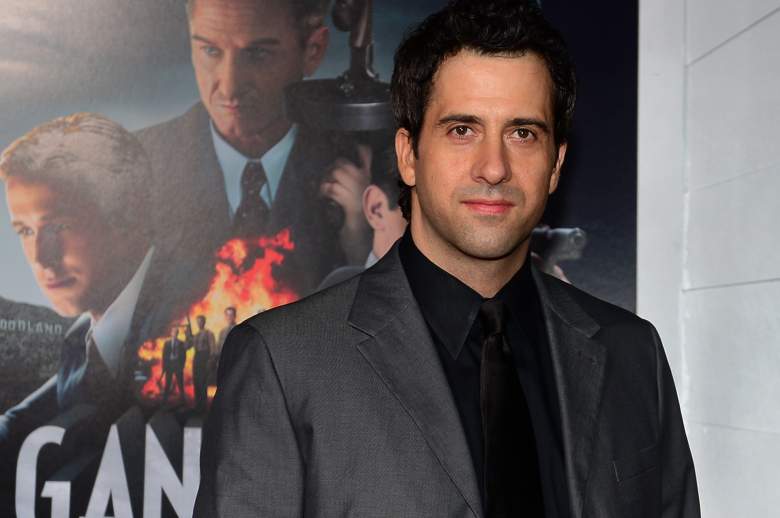 In an interview with The Wrap in July, Garity joked that one of the support cast’s jobs on the set is to keep Johnson in shape. “He walks on set and he’s like, ‘You guys gotta keep me away from the donuts,'” Garity said.

In an interview with Awards Daily, Garity said that he did extensive research for his role, meeting with real NFL agents and even working out at Jay Glazer’s gym.

“Several guys I worked with are league veterans who no longer had a team and were training to get one last contract,” Garity said. “I really got to experience the pressure they were under for that last opportunity. They also have this fear of facing a normal life, they liken it to leaving the military.”