On tonight’s episode of Growing Up Hip Hop, one of Romeo Miller’s sisters, Tytyana “TaTa” Miller, sits down with dad Master P. to talk about going to rehab and her drug addiction, according to WeTV. Master P. tells TaTa, “In this house, you’re gonna have to do what’s right. Do you understand me?” Get the details on Tata and her family in our 5 Fast Facts below.

Master P. has a lot of children and, including TaTa, he has eight in total. TaTa’s siblings include Romeo Miller, Cymphonique Miller, Hercy Miller, Mercy Miller, Young V., Inty Miller, Veno Miller, Italy Miller. Romeo Miller stars on Growing Up Hip Hop. He’s a famous rapper, music artist and actor. Cymphonique Miller is an American singer-songwriter and actress, who is best known as Kacey Simon on the Nickelodeon show How to Rock. She is 20 years old. Italy Miller is 17 years old and her brother Romeo is very protective of her, talking about how she has brothers and uncles who watch out for her via his Instagram page. Young V, is very supportive of his dad Master P., even listing his father’s info on his Instagram page, with the website nolimitforeverrecords.com. In 2013, Hercy Miller was one of the top basketball players in the country for his age.

Her Parents Divorced After 24 Years Together

Sonya C. Miller filed for divorce from husband Master P. after 24 years of marriage, citing “irreconcilable differences”. TMZ initially reported the news in 2013 and said that Sonya was requesting custody of the couple’s four minor children. The couple was reportedly separated for a long time prior to the divorce filing.

TaTa’s brother Romeo was surprised when he hear that his longtime friend Angela Simmons was engaged. He was more shocked because he didn’t know the man and he found out online, rather than from Angela herself. Recently, Romeo and TaTa’s sister Cymphonique Miller came out to the media with some reports about Angela. Cymphonique stated that Angela is actually already married to her fiance in secret. Angela’s “fiance” and baby daddy is an Atlanta business man named Sutton. Check out the link below for more details on him.

Master P appears on Growing Up Hip Hop, but he also has his own family reality show titled Master P’s Family Empire. TaTa is not one of the listed cast members on the show, unlike some of Master P’s other children. The cast consists of Cymphonique Miller, Hercy Miller, Romeo Miller, Veno Miller, Mercy Miller and Toneata Morgan.

In 2015, TMZ published a video interview with Master P, who is out with his kids. In the video, Master P talks about divorce issues with his ex, TaTa’s mother. He says that she needs to go to rehab, dump her boyfriend and help take care of the kids. Ouch. 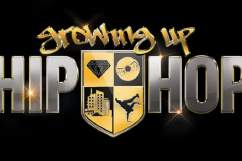