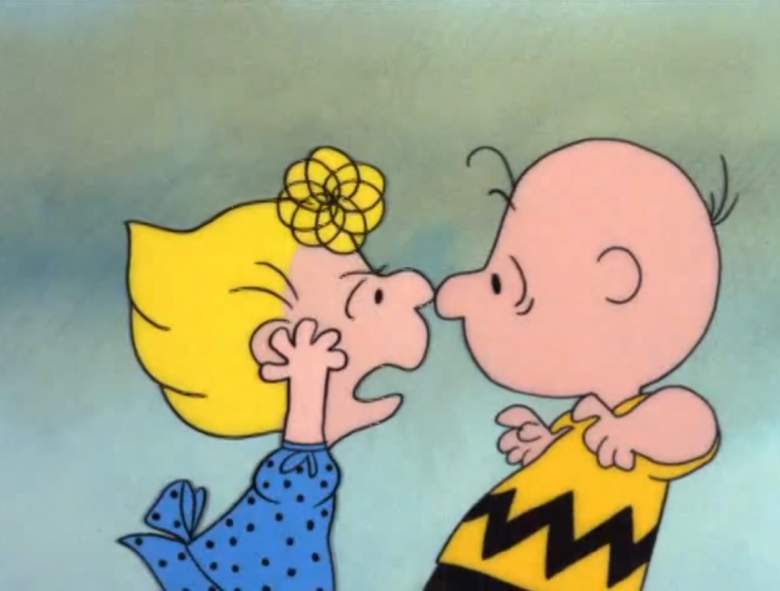 A Charlie Brown Thanksgiving has all the ingredients of a classic Peanut special. In it, Charlie Brown learns that Peppermint Patty has suddenly invited herself and all her friends to his Thanksgiving. Linus comes up with the idea of him having two Thanksgiving dinners – one with friends, and another with family. Snoopy and Woodstock help Charlie Brown and Linus set up their Thanksgiving for friends.

Here’s a look at the history behind the special.

2. This Was the First of Only 3 Times Todd Barbee Voiced Charlie Brown

Thanksgiving was the first time child actor Todd Barbee voiced Charlie Brown. He previously voiced Russell for You’re Not Elected, Charlie Brown and Franklin for There’s No Time For Love. He only reprised the role in It’s A Mystery and It’s The Easter Beagle, Charlie Brown. Barbee was 10 years old when he got the job.

In a 2014 interview with Noblemedia, Barbee said he had a hard time performing a scream when Lucy pulls away the football from Charlie Brown.

One time they wanted me to voice that “AAAAAAARRRRRGGGGG” when Charlie Brown goes to kick the football and Lucy yanks it away. Try as I might, I just couldn’t generate [it as] long [as] they were looking for…so after something like 25 takes, we moved on. I was sweating the whole time. I think they eventually got an adult or a kid with an older voice to do that one take.

Barbee’s father, Chuck Barbee, worked for Mendelson as director of photography, which is how he got the job.

3. Mendelson Really Didn’t Like the Idea of Woodstock Carving a Fellow Bird

In 2013, Mendelson told The Huffington Post that there was a dispute between Schulz and himself during the making of the special. Schulz wanted Woodstock to help Snoopy carve a turkey, which Mendelson thought was a bit close to cannibalism.

“For some reason I was bothered that Woodstock would eat a turkey. I voiced my concern, which was immediately overruled,” he said.

Mendelson was happy when CBS later edited the special to 22 minutes because it meant that the scene would go. However, since ABC has restored the special to its full 25 minutes, the scene is back. “I finally have given up,” he said.

4. Strangely, There are No Grown-Ups in ‘A Charlie Brown Thanksgiving’

Although Charlie Brown talks about visiting his grandparents on Thanksgiving, there are no parents in the entire episode. There aren’t even any teachers. There are no grown-ups supervising these children, who are planning on cooking a turkey. We even hear that Peppermint Patty is being left alone on Thanksgiving to fend for herself.

While the Peanuts specials don’t actually depict the adults, like Schulz’s strips, they do usually feature the famous “wah-wah-wah” sound to show that there are adults around. The only time we hear the sound is when Charlie Brown talks to his grandmother on the phone.

“A Charlie Brown Thanksgiving may be the only Thanksgiving special (live or animated) that does not include adults,” Mendelson wrote in the Huffington Post. “Our first 25 specials honored the convention of the comic strip where no adults ever appeared. (Ironically, our Mayflower special does include adults for the first time.)”

By the way, the “wah-wah-wah” sound was created by Vince Guardi. “He came up with the trombone, and its WAH-WAH-WAH has become one of the most famous elements in all our shows… now even a part of daily speech in America,” Mendelson wrote.

Also, Lucy is mostly missing from Thanksgiving. She’s in the opening, but never seen again.

The scene where Snoopy struggles with a lawn chair was meant to be a tribute to the early Walt Disney animated shorts from Schulz. The scene was animated by Bill Littlejohn.

“By this time, they realized that the show should include some adventures with Snoopy — he had become the most popular character in the strip,” Charles Solomon, author of The Art and Making of Peanuts Animation, told the Los Angeles Times in 2013. “They would give him some ideas, set up the situation and the gags that they wanted and then they would turn Bill loose.”

“It’s all about Charlie Brown’s struggles,” Mendelson told the LA Times when asked why he thinks Charlie Brown is so popular. “He gets off the floor every time and comes back and tries again. We all struggle through life. I think it’s the perseverance people identity with. And the great humor of Charles Schulz.”

A Charlie Brown Thanksgiving airs on ABC at 8 p.m. ET