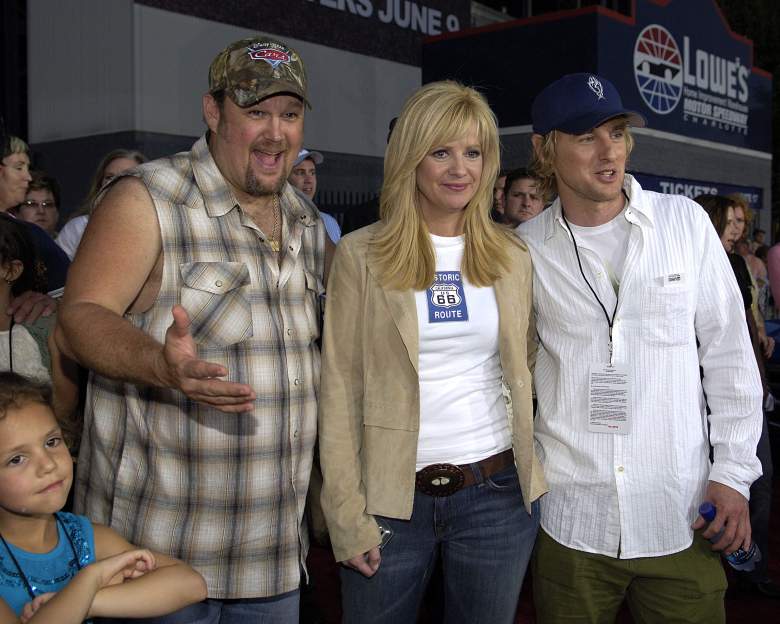 Larry the Cable Guy, Bonnie Hunt and Owen Wilson at the 2006 premiere of Cars. (Getty)

Cars 3 promises to be a much darker film than the previous two. On January 9, the new trailer confirmed that it centers on Lightning McQueen proving that he can still race with the best, despite being a much older car.

Although Cars and Cars 2 aren’t the best Pixar movies, the films are cash cows for Disney, inspiring a line of Cars toys that have been in stores for a decade now.

Based on the trailer released by the studio on November 21, it looks like Cars 3 will have a bleaker tone. The 50-second teaser shows a burned-out Lightning McQueen slowly falling into the frame, with the slogan “From this moment, everything will change” at the end.

1. The Film Will Be About Lightning McQueen Proving That He Can Still Compete With the Best Racers in the World

In Cars 3, Lightning McQueen (voiced by Owen Wilson again) will find himself in a situation similar to that of Doc Hudson (Paul Newman) in the 2006 Cars film. According to the newly released synopsis, he will even be inspired by Doc Hudson to get back in the racing game after he is pushed out of the sport. He will also be helped out by Cruz Ramirez, an energetic race technician.

Here’s the full synopsis from Pixar:

Blindsided by a new generation of blazing-fast racers, the legendary Lightning McQueen (voice of Owen Wilson) is suddenly pushed out of the sport he loves. To get back in the game, he will need the help of an eager young race technician with her own plan to win, inspiration from the late Fabulous Hudson Hornet, and a few unexpected turns. Proving that #95 isn’t through yet will test the heart of a champion on Piston Cup Racing’s biggest stage!

“Cruz Ramirez is trying to figure out how this old dog can learn some new tricks,” director Brian Fee told USA Today in May 2016.

The actress who will voice Cruz has not bee announced yet.

“Think of where he’d be in his career now in real time,” Fee told USA Today. “(McQueen) is not an old man, but he’s one of the older cars on the circuit with new rookies coming in. People start to wonder and ask when he might retire.” 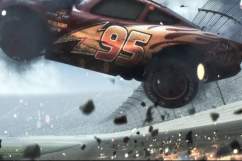 In that same USA Today interview, Fee said that the main rival for Lightning will be a rookie race car named Jackson Storm.

“Jackson Storm is the face of these rookies who have come onto the scene,” Fee said. “And McQueen is in a position where his entire racing generation is being pushed out. But it’s too early to be shown the door right now.”

Storm also has a technological advantage, which Cruz will help McQueen overcome so he can compete in the Florida 500 race.

“Everyone can relate to feeling like someone is at their heels, that they might be a little outdated in something they used to be very good at, feeling an expiration date. And knowing you need someone to help you get a second chance,” Fee told USA Today.

Cars 3 might be Brian Fee’s first film as director, but it’s hardly his first project at Pixar. He worked in the art department for the previous two Cars films as a storyboard artist. He also worked on WALL-E< Ratatouille and several direct-to-video Disney movies. He was a story artist on Monsters University.

The writer on Cars 3 was also a Pixar vet. Daniel Gerson, who died in February 2016 at age 49, worked on Monsters, Inc. and Monsters University. He also worked with the Disney team on Chicken Little and Big Hero 6.

The previous two Cars films were directed by John Lasseter.

4. Owen Wilson, Larry the Cable Guy & Bonnie Hunt Are All Coming Back to the Voice Cast

Although the voice cast for the two important new characters haven’t been announced yet, Owen Wilson will be back to voice Lightning McQueen. Larry the Cable Guy will once again voice Mater and Bonnie Hunt will voice Sally.

It is surprising that we haven’t heard who will voice the two main characters yet. However, it’s worth remembering that the majority of The Good Dinosaur‘s voice cast was changed just months before that film was released. Frances McDormand was the only member of that film’s original voice cast to remain during the switch.

Michael Wallis, who voices Sheriff in the Cars series, revealed to Route 66 News back in August 2013 that Cars 3 was happening.

5. Randy Newman Will be Back to Write the Score

In a February interview with The Advertiser, Randy Newman revealed that Pixar brought him in again to write the music for Cars 3. After that, he will work on Toy Story 4.

Newman was nominated for an Oscar for the Cars song “Our Town.” He won an Oscar in 2002 for “If I Didn’t Have You” from Monsters Inc. and another one in 2011 for “We Belong Together” from Toy Story 3. Surprisingly, he didn’t win an Oscar for “You’ve Got A Friend In Me.”

Read More
5 Fast Facts, Cars, Disney, Movies, Pixar
The new trailer for Cars 3 promises a much darker film than the first two. Here's what we know so far about the new movie.