For those of you hoping to watch Scream Queens tonight on TV, you will have to wait. Tonight, Game 5 of the World Series takes place on FOX, with the Chicago Cubs against the Cleveland Indians, and the World Series has postponed some of this season’s episodes.

Check out a clip from episode 5 in the below video.

For more details on the show schedule, read on below:

LIVE STREAM: Click here for instructions on how to watch the show via live stream online. 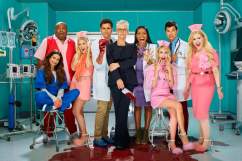 Read More
Reality TV, TV
When is the next new episode of Scream Queens for season 2? Is the show on TV tonight during its normal time slot?