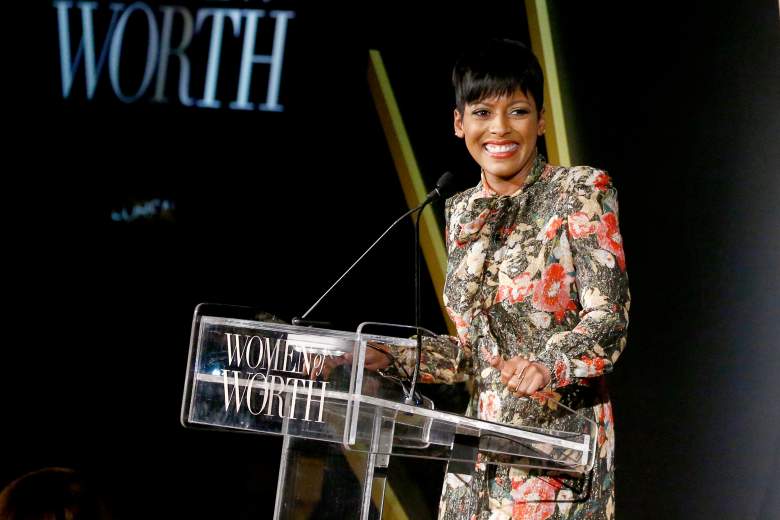 Tamron Hall was a member of NBC News for over eight years now, rising from MSNBC anchor to co-host of the Today Show‘s third hour. On February 1, it was confirmed that she’s leaving NBC News to make way for Megyn Kelly. The 46-year-old made history as the first African American woman to co-host the long-running morning show. Millions watch her deliver the news and talk about the topics of the day. You might be wondering if she is married or dating anyone. Read on to find the answers.

Hall is not married right now. However, she did reveal on January 26, 2017 that she is dating a man named “Tony.” She did not reveal his full name, though, so she might have just been joking.

???? we apparently think it's Friday!!! Crazy around here https://t.co/tdaduOrW1h

Highlight of my morning… watching #TODAY and seeing @tamronhall giggle like a school girl talking about her boyfriend. So funny! ?

In February 2012, The New York Post reported that she was dating fellow MSNBC anchor Lawrence O’Donnell. The 65-year-old O’Donnell currently hosts The Last Word with Lawrence O’Donnell, which launched in 2010. He was previously married to actress Kathryn Harrold from 1994 to 2013 and have a daughter, Elizabeth.

In an April 2016 interview with People Magazine, Hall said that her sister’s murder has had an impact on her approach to relationships. In 2004, her sister, Renate was found dead in the pool at her Houston home after years of abusive relationships. The murder remains unsolved.

“I’ve been engaged a couple times. Thank God no one was abusive, but [my sister’s situation] makes me cautious,” Hall explained to People.

Hall told the magazine that she “chickened out” of two weddings that almost happened in Las Vegas and Cozumel.

“I have an incredible phobia of divorce,” Hall said, adding that she is “sad about” not settling down yet.

“I date, don’t get me wrong,” she told People. “I’m not up here filing my fingernails on a Friday night. I want to find someone to share my life with.”

Hall also said that she would like to have a child and hasn’t given up yet. “I’ve not given up on having a child. But I hope whatever route of parenthood I choose, whether it’s adoption or I’m able to conceive, I just hope that I’m able to give someone as beautiful a life as my parents gave me,” she said.