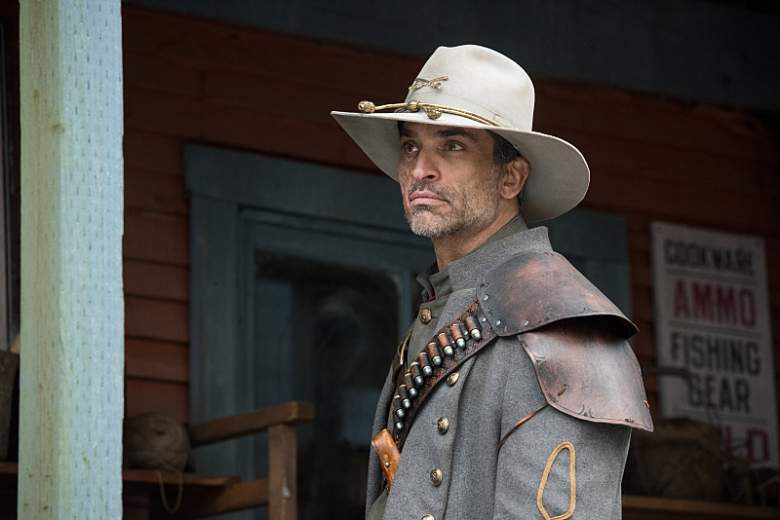 Jonah Hex returns on DC’s Legends of Tomorrow on The CW in “Outlaw Country,” the episode airing on November 17 at 8 p.m. ET. Once again, the Western anti-hero is played by Johnathon Schaech, who played the role in the season one episode “The Magnificent Eight.”

Since Legends is a time traveling show, the team made up of The Atom (Brandon Routh), White Canary (Caity Lotz), Firestorm (Victor Garber and Franz Drameh), Mick Rory (Dominic Purcell) and Rip Hunter (Arthur Darvill) get to travel to the past and future. In “Outlaw Country,” they are heading back to the Old West to make sue Turnbull (Jeff Fahey) doesn’t take over everything West of the Rocky Mountains.

Schaech is currently married to Julie Solomon. He was married to Christina Applegate from 2001 to 2007 and Jana Kramer from 2010 to 2011. He has a son, Camden Quinn, with Solomon.

Here’s a look at the character of Jonah Hex and the actor who plays him.

1. Jonah Hex Was a Bounty Hunter Who First Appeared in Comics in 1972 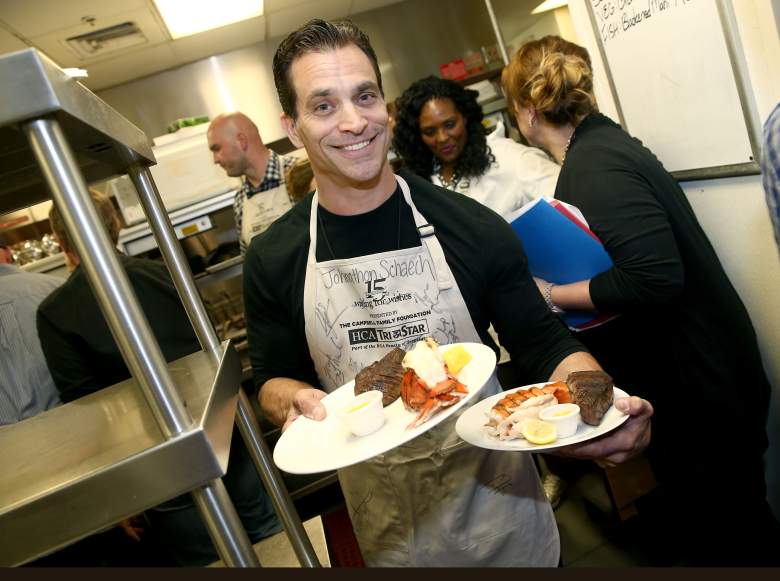 The original Jonah Hex was a bounty hunter, created by John Albano and Tony DeZuniga. He first appeared in All-Star Western Vol. 2 in 1972.

In the comics, when he was 13, Hex was sold by his alcoholic father into slavery and was bought by an Apache chief. As he grew up, he fell in love with White Fawn and his adoptive brother, Noh-Tante, was jealous. Hex served in the Confederate Army, alongside Trunbull, but he couldn’t fight abolitionists and later switched to the Union Army during the Civil War.

After the Civil War, Hex discovered that Noh-Tante married White Fawn. The chief orders Hex and Noh-Tante to a trial by combat, but Noh-Tante didn’t play by the rules. Hex was forced to cheat and the chief branded him with the “Mark of the Demon.” That’s how he earned his distinctive scar.

After he killed his first criminal, Hex decided to become a bounty hunter. But he has a sense of honor that keeps him from being a villain, although he has a tendency to be violent.

Although Hex lives in the 1800s, time travel has made it possible for him to fight alongside the other DC Comics heroes.

2. Schaech Says He Grew Up Reading the Jonah Hex Comics, so He Knew of the Character When He Was Cast 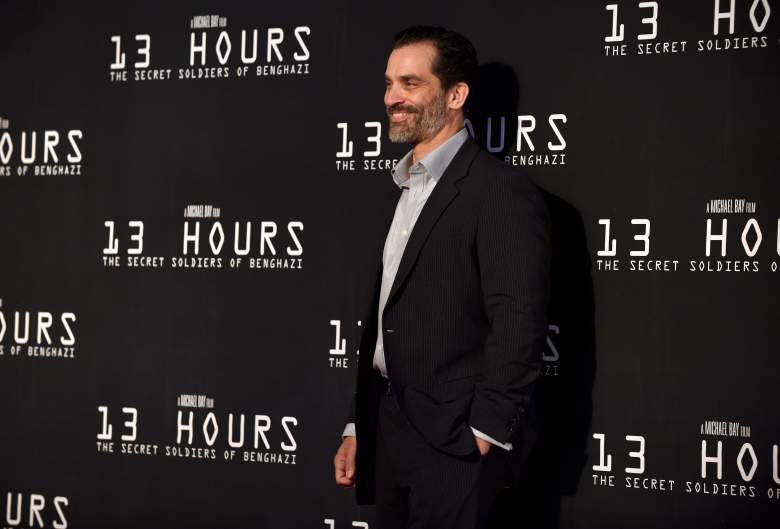 Hex might sound like an obscure DC Comics character, especially to those who forgot about the 2010 movie with Josh Brolin, but Schaech recently told Collider that he was familiar with the character when he got the part. In fact, he was an avid reader of the comics.

“I got to talk to the creators about Sgt. Rock and various DC players that I grew up with, and Jonah Hex being one of them, which was fun,” Schaech said. “I read Jonah Hex growing up and knew exactly who they were talking about.”

When asked if that makes playing the role intimidating, he disagreed, saying that it’s exciting.

“Well, you don’t take on anything unless there’s fear,” he told Collider. “If you’re afraid of something, you definitely have to try to tackle it. But, that’s not Hex ‘cause Hex ain’t scared of nuthin’!”

3. Schaech Starred in Tom Hanks’ ‘That Thing You Do!’ & Was Ellen DeGeneres’ ‘Go-To Guy’ on the Red Carpet

Schaech’s career goes back to the early 1990s, when he made his debut in the 1993 TV movie At Home with the Webbers. He got a career boost in 1996 by starring in That Thing You Do!, the first film Tom Hanks directed. He played the lead singer of The Wonders, Jimmy Mattingly.

“It was an amazing experience,” Schaech said of making the cult hit in a Reddit AMA. “It’s the one film that everyone, when they see it, they love it. And 20 years next year. They play it non-stop on television. People are constantly rediscovering it, and new generations are coming to rediscovering it, musicians love it, I’ve made so many friends in the music world – when they recognize that I’m Jimmy from THAT THING YOU DO, every single one of ’em says ‘That’s like my band!’ That film is a feel-good movie.”

In that same Reddit AMA, Schaech explained why people saw him on the red carpet with Ellen DeGeneres during the 1990s, before she came out. He explained:

My manager asked me to accompany her to events. She was scared people would not watch the show, Her sitcom Ellen, because she was gay. It was an honor. I grew up with two gay aunts and a gay uncle. My Aunt died of cancer. She was a proud woman and she didn’t get proper care because she didn’t want to be away from her partner. Hospitals didn’t allow partners the same rights as a spouse. When you have someone you love in your life that is gay or a lesbian it’s very clear that they deserve the same rights as anyone else. It’s not about religion. If you don’t love ELLEN now — you don’t watch her show. She’s a great example for the human race.

4. Schaech Has Experience With Civil War Stories, Since He Starred in ‘Texas Rising’ 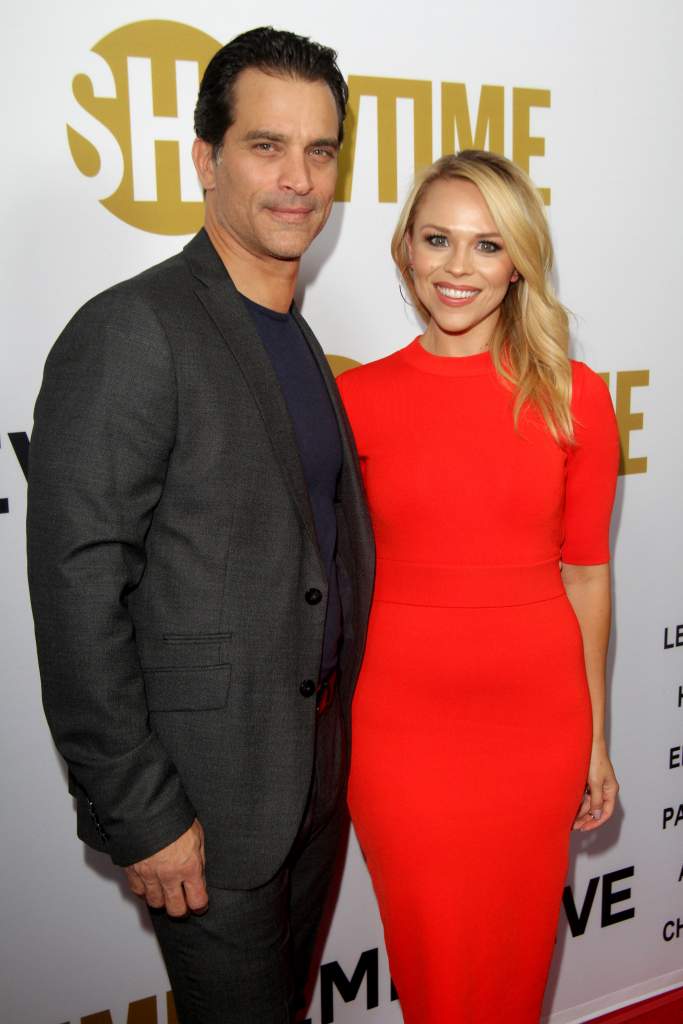 Schaech has some experience with Westerns and Civil War stories. In 2015, he starred in the History Channel’s Texas Rising, in which he played Colonel Sidney Sherman. That series also starred Bill Paxton, Jeffrey dean Morgan, Olivier Martinez and Thomas Jane.

He is also set to star in To Appomattox, a series that starred Damian Lewis as William T. Sherman and Jason O’Mara as Ulysses S. Grant. However, that project has faced trouble getting off the ground.

In 2015, Schaaech also starred in Vice, an episode of <i.Sleepy Hollow, The Culling, Broken Horses and Nocturna. He was also in two episodes of ABC’s Quantico.

5. ‘Outlaw Country’ Will Feature a Funny Meeting Between Nate & Hex 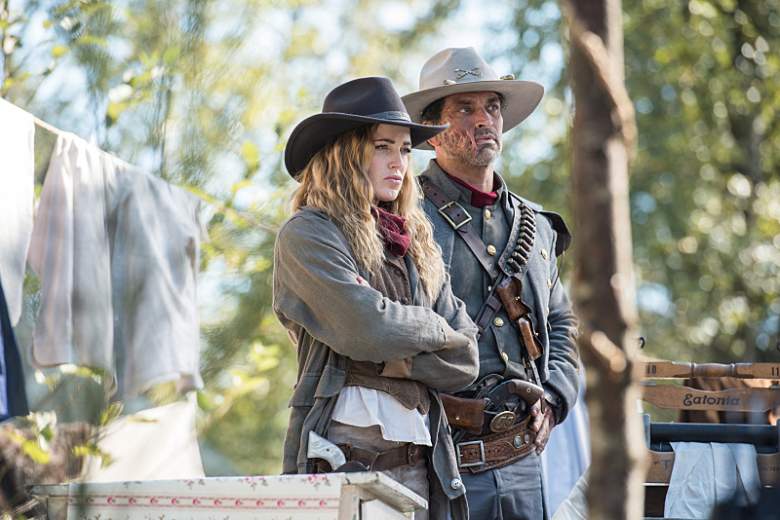 In an interview with Access Hollywood, Schaech said that “Outlaw Country” will include a hilarious first meeting between Hex and Nate Heywood, the character played by Nick Zano.

“When I first see Nick’s character, I mean, he is just — he’s all physics and algebra. It doesn’t make any sense to him,” Schaech said. “His superhero skills are just – turns into steel, and his words are really big and he makes no sense whatsoever to Jonah Hex, so that’s the [most fun] interaction.”

Schaech said that he doesn’t think the Legion of Doom will be in “Outlaw Country.” “There may be parts of their understanding about the Legion of Doom coming, but there’s nothing that – maybe Turnbill has a connection to them, but I’m not certain,” he said.

Expect to see Jonah Hex in another episode of Legends, since he’ll also be in the December episode “The Chicago Way.”