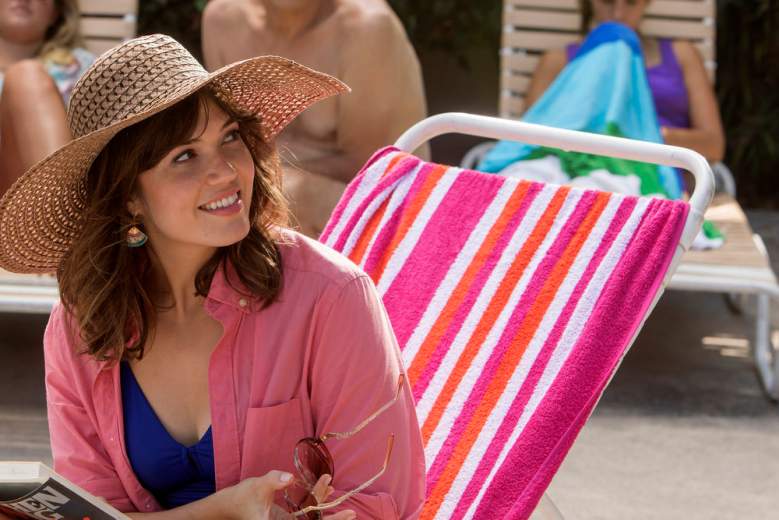 Mandy Moore plays Rebecca in This Is Us. (Photo by: Ron Batzdorff/NBC)

Before NBC‘s This Is Us aired, the biggest star on the show was singer/actress Mandy Moore. She stars on the show as Rebecca Pearson, the matriarch of the family at the center of Dan Fogelman’s already-beloved freshman show.

Rebecca is the mother of twins Kate (Chrissy Metz) and Kevin (Justin Hartley), and married to Jack (Milo Ventimiglia). As we learned in the pilot, they were expecting triplets, but the third baby did not survive the delivery. So, they adopted Randall (Sterling K. Brown).

In the past, we see Rebecca struggle with the idea of having kids and being a mother, while in the present, she is married to Miguel (Jon Huertas). She also has a secret to keep from Randall and everyone else: she knew Randall’s biological father, William (Ron Cephas Jones) long before Randall found him. In “The Best Washing Machine in the World,” William told Randall’s wife the secret by accident. During “Pilgrim Rick,” Randall found out as well.

Moore earned one of This Is Us‘ three Golden Globe nominations. She’s up for Best Actress in a Drama Series, but so is co-star Chrissy Metz. The show was also nominated for Best Drama Series.

The 32-year-old Moore is a veteran of television and a recording artist. She was married to singer Ryan Adams from 2009 to 2016. She’s now dating Dawes guitarist Taylor Goldsmith.

Here’s a look at the character she plays on This Is Us and her future. Warning: This post includes spoilers of the series.

1. Moore Embraced the Old-Age Make-Up She Has to Wear in the Present & Isn’t Scared to Ageing 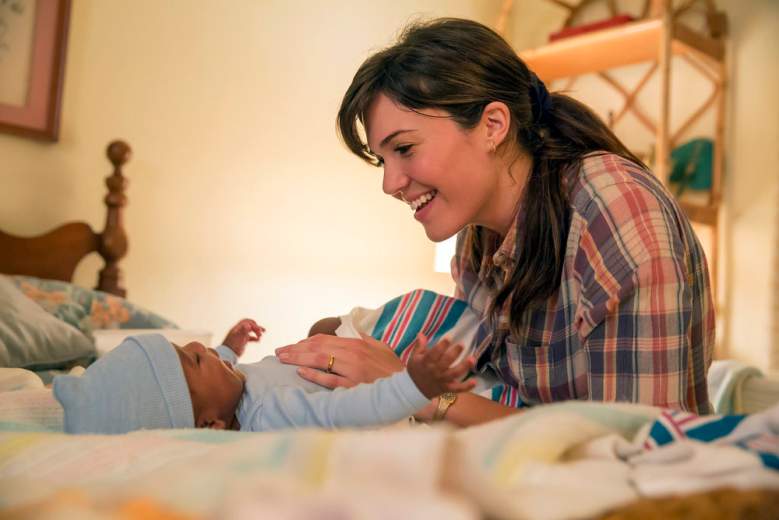 Since time is such an important aspect of This Is Us, it requires hours in the make-up chair before filming. Moore has to play a woman in her 30s and a woman in her 60s in the same episode. Moore explained to Vulture that they went through several different makeup tests to find the perfect way for her to look in the present scenes. The crew often asks her if she thinks she looks like her mother or grandmother, but she said she doesn’t remind herself of anyone she grew up with.

“It’s weird watching it, seeing the third episode going like, ‘Wow, I wonder if that is how I’ll age,'” Moore told Vulture. “I’d be pretty okay with it. Rebecca’s taken fairly good care of herself. I’m embracing aging. I’m ready for that to happen in the next 30 years. I’m not scared of it.”

Moore has been acting and performing since she was in her teens. In 1999, when she was only 15, she released her first album, So Real. Around that time, she also began acting, appearing in Disney’s The Princess Diaries (2001). In recent years, she’s focused more on acting and starred in Fox’s 2014-2015 series Red Band Society before being cast in This Is Us. 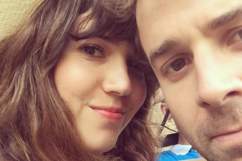 2. Moore Also Cries When She Watches Completed Episodes of ‘This Is Us’ 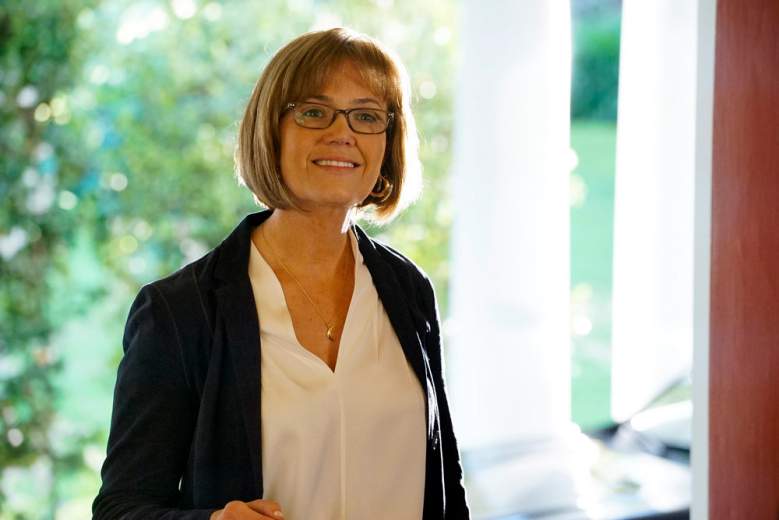 If you can’t get through an episode of This Is Us without crying, don’t be embarrassed. Moore can’t either and she acts on the show.

She told E! News that the fifth episode of the series, in which we learned that Jack is dead, will “destroy people.”

“Milo and I watched it the other day and I was—I was beside myself. I got to my car 20 minutes later and just started bawling by myself after I had cried right after. It’s a lot to take in,” she said.

In Vulture interview, Moore explained that what attracted her to the show is the same reason why we keep watching it. We want to see how the lives of the Pearson family unfold.

“When I first read the [pilot] script, my jaw was on the ground after finishing the last couple scenes, and then I went back to the first page and started rereading it,” she said. “I really wanted to be a part of it because I figured there’s so many different ways this story could go.”

3. Moore’s Research for ‘This Is Us’ Included Watching Childbirth Videos on YouTube 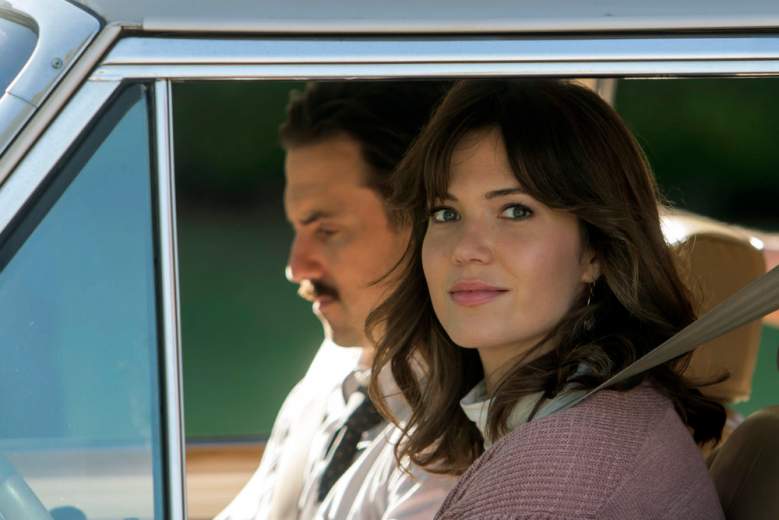 In an interview with New York Magazine, Moore revealed that she got hooked on watching childbirth videos as she researched playing a mother in This Is Us. After all, the pilot included a scene where she gives birth.

“I wanted to make the pain realistic, not just that stereotypical screaming and buckling down,” she said.

This Is Us is the first time the former teen pop star is playing a mother and the first time she’s starring in a period piece. It’s “not necessarily the most flattering of decades,” she told New York Magazine of ’70s and ’80s fasion. “We were shooting a scene from 1988 the other day and I was rocking some mom jeans. I felt like I should be in the SNL skit.”

4. Moore Starred in Several Pilots That Went Nowhere Before She Was Cast in ‘This Is Us’ 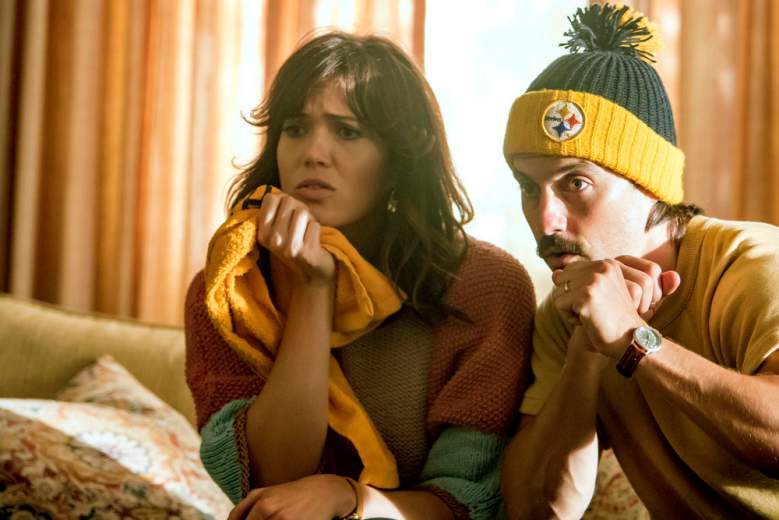 Ever since her stint on ABC’s Grey’s Anatomy as Mary Portman, Moore has been trying hard to find a television show with legs. Although Fox’s Red Band Society made it to air, the show lasted just a season. Before that, the TV projects she headlined weren’t even reaching viewers.

In 2012, she starred in Family Trap, an ABC pilot about newlyweds running a restaurant. During the following TV season, she starred in a CBS legal pilot called The Advocates, which was created by The Mentalist‘s Bruno Heller and co-starred Gotham‘s Ben McKenzie.

She was also signed to star in Pulling for ABC but left the project, which was based on a U.K. show. She was then replaced by Kristen Schaal, but the pilot never aired.

“The first year, especially, I was just devastated. For some reason I just didn’t even think it was a possibility,” she told New York Magazine about her years in failed pilots. “Not in an egotistical way, but just like, ‘Cool! I made the show! Can’t wait to work with these people for the next five years!’ Each year I feel like I lessened my grip on the possibility of things moving forward.”

5. Moore Will Reprise Her Role as Rapunzel in Disney’s ‘Tangled: The Series’

For children, Moore is best known as the voice of Rapunzel in Disney‘s 2010 hit Tangled, which also featured the voice of Zachary Levi. She already played the role again in Tangled Ever After, a short film that played before the 2012 Beauty and the Beast 3D re-release. Now, she’ll be playing Rapunzel again in Tangled: The Series.

The new series is supposed to take place between Tangled and Ever After, but oddly, we see Rapunzel with her full-length hair. That will have to be explained. Disney also ditched 3D animation for the series, switching to a 2D look.

New episodes of This Is Us air on NBC at 9 p.m. ET on Tuesdays.