The 2016 MTV EMAs air tonight at 8 p.m. ET on MTV with host Bebe Rexha. The ceremony is held at Ahoy Rotterdam in the Netherlands, and the 27-year-old will be MC'ing the night's events. What else can you expect? The evening will feature some powerhouse performances by a set of A-list celebrities, including Joe Jonas's band, DNCE, Bruno Mars, Lucas Graham, Shawn Mendes, Zara Larsson, Green Day, and many more! As usual, Beyonce is up for a number of awards, like Best Video, Best Female Vocalist, Best Live Performer, and Biggest Fans. She and Justin Bieber are leading in noms with five nods each. Tonight, Green Day will also be honored with the Global Icon Award. Best New Act nominees include DNCE, Lukas Graham, Zara Larsson, and host Bebe Rexha. Click through our gallery to learn more about the performers who will be strutting their stuff on the EMA stage tonight. (MTV) 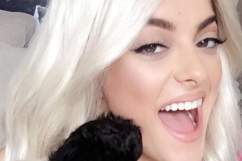 Bebe Rexha Age: How Old Is She? 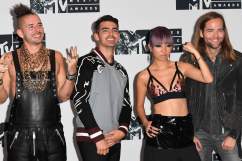 Read More
Celebrities, MTV EMAs
Who is performing at the 2016 MTV EMA Awards? Get the rundown on the performers and what some have planned for their performances.