Singer Michael Buble shared some devastating news on November 4, 2016. His three-year-old son Noah is battling liver cancer. Noah will reportedly be undergoing treatments into next spring, but will spend Christmas at home with his parents.

Buble’s confirmation came a few hours after reports from Argentina that Buble’s wife, Luisana Lopilato was concerned about their eldest son’s health.

Just a year ago, Noah was seriously burned in an accident with hot water. Noah also has a younger brother, Elias, who was born in January 2016.

Here’s what we know so far about the cancer diagnosis and Noah’s life.

1. Doctors First Thought Noah Had Mumps, but He Was Later Diagnosed With Liver Cancer

On November 3, La Nacion reported that the 29-year-old Lopilato flew to Los Angeles to take Noah to doctors in the U.S. According to the site, it was first thought that Noah had mononucleosis or mumps, but he was later diagnosed with cancer.

The Buble family did not say what form of cancer Noah has. However, Buble’s fans were quick to start the hashtag #PrayForNoah to show their support.

michael bublé's son has cancer and he is only 3 years old. how can this happen to an innocent child ? #prayfornoah

Buble is 41 and was recently in the U.K. While there, he told the talkshow hosts of Loose Women that he wishes he had children when he was younger.

“I had no idea the perspective it would give me. It’s all I care about. I love them too much probably,” he said. “It’s made everything else so insignificant, moments that I was afraid of and moments that would overwhelm me have now become a joy because I’ve realized how not serious they are compared to what is really important, which is Noah and Eli and that’s it.”

In early December, The Daily Mail reported that the media in Argentina reported that Noah already started treatment to shrink his tumor. The treatment is expected to continue through to the end of the month. Gente reports that Noah started chemotherapy in November and that will last for four months.

The Mirror reports that Noah will be able to spend Christmas at home with his parents. 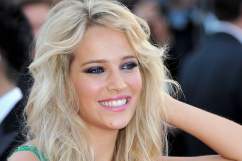 2. Buble & Lopilato Postponed all Professional Activities to Care for Noah

On November 4, Buble posted a statement on his wife’s Facebook page and his own , confirming the worst. Noah has been diagnosed with a form of cancer. The couple have decided to put their professional careers on hold to care for their son.

The couple also asked for their fans to pray for Noah and to “please respect our privacy.”

“We are devastated about the recent cancer diagnosis of our oldest son Noah who is currently undergoing treatment in the US. We have always been very vocal about the importance of family and the love we have for our children. Luisana and I have put our careers on hold in order to devote all our time and attention to helping Noah get well. At this difficult time, we ask only for your prayers and respect for our privacy. We have a long journey in front of us and hope that with the support of family, friends and fans around the world, we will win this battle, God willing.”

Noah’s aunt, Daniela Lopilato, told Argentinian journalist Tomas Dente that the Buble and Lopilato family was “broken in half” by the devastating news, reports Express.

“To tell you the truth, I’m devastated. This is very recent,” Daniela said. “The only thing I ask if that you don’t speculate because not everyone has children and can understand what this means.”

She also confirmed that Noah does not have leukemia.

Us Weekly reports that Daniela also told the Argentinian magazine Gente that Noah was diagnosed with liver cancer.

Musician David Foster, who is a friend of Buble’s, told Entertainment Tonight Canada that Buble is living in a “bubble” right now and not paying attention to social media. Foster said that Buble will likely not perform until his son is better. 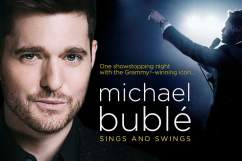 3. Noah Was Rushed to the Hospital in June 2015 After Being Burned by Scalding Hot Water

In June 2015, Noah was rushed to a hospital in Buenos Aires after he suffered serious burns in an accident with scalding hot water. Clarin reported that Noah suffered 6 percent burns from the accident at their home.

“I have to dress his wounds and he suffers because it hurts and he complains,” Lopilato, who works as a model, told Luz Magazine last year about her son’s injuries. She said they were caused when he poured hot water on himself. He was only 2 years old at the time.

“I often ask myself why this happened,” she added. “But it was inevitable. He climbed onto the kitchen work-top in a second and threw hot water over himself.” 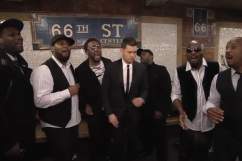 4. Noah Was Born in August 2013 & Buble Said He Was ‘Overjoyed and Filled With Gratitude’

Buble and Lopilato became first-time parents on August 27, 2013. Buble, who shares almost everything with his fans on Instagram, posted a photo of the happy couple still in the hospital, with a tiny Noah holding onto his mother.

“A lot changed the moment I had kids, I had no idea of the perspective it would give me. It made making the right decisions a lot easier,” Buble said in an interview with BBC Desert Island Discs.

He called his boys a “Petri dish of germs” because he likes to catch bugs. 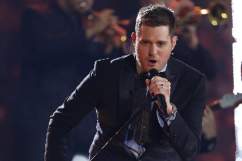 5. Noah Became an Older Brother to Elias in January 2016

Less than three years after Noah was born, Buble posted a very similar photo. This time though, the baby was different. Elias was born on January 22, 2016, giving Noah a little brother.

In an interview with Entertainment Tonight Canada, Buble joked that Lopilato wouldn’t let him name their second child Thor or Spider-Man.

“You know, Noah’s two and I already miss him when he was a baby,” Buble told ET Canada. “We love that part so much that how can we not want to have that again? And again, and again… I’m saying that now, let’s see what I say after two.”

In October, Buble released his latest album, Nobody But Me.