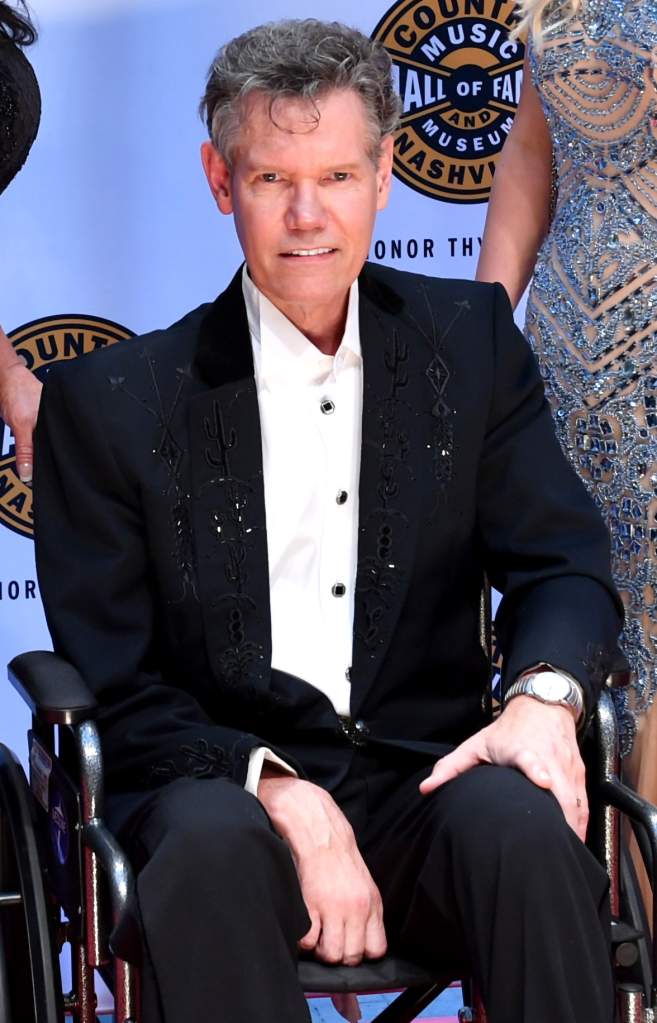 Inductee Randy Travis arrives at the 2016 Medallion Ceremony at the Country Music Hall of Fame and Museum on October 16, 2016 in Nashville, Tennessee. (Getty)

On July 7, 2013, Randy Travis was admitted to a Dallas hospital after suffering from a viral upper respiratory infection that affected his heart. Doctors determined that Travis had a condition called cardiomyopathy. Three days later, he suffered a stroke and immediately underwent brain surgery so doctors could relieve pressure on his brain. According to Nash Country Daily, Travis’ fiancee, Mary, said that he had only 1-2% odds of surviving. After he did just that, Mary said, “They did the brain surgery and Randy, just the way Randy does things, made it through it. He’s just a miracle.”

Although Travis was in critical condition following the procedure, he was improving steadily and was soon taken off his heart pump. On July 16, The New York Daily News wrote, “Doctors say it will take months to recover from the stroke, but scans shows the swelling in his brain is subsiding following surgery and he is making good progress in his recovery.” Travis was officially discharged from the hospital on July 31.

As of November 2014, the singer was walking short distances without assistance and was relearning how to write and play the guitar. Earlier this year, his close friend and RMA Vice President, Chuck Lipps, voiced his belief that Travis would be able to sing again. In January, he told the Parkersburg News and Sentinel, “He can talk … say words, but no sentences. He is alert and knew me.” After his visit with Travis, Lipps said, “I think Randy will make a total recovery.”

It certainly seems that things are heading in that direction. On October 17, Travis sung “Amazing Grace” during his induction into the Country Music Hall of Fame. Fox News reports, “…it was Travis’ singing that brought a stunned silence and tears to the crowd after years of rehabilitation and therapy to regain his voice.”

On November 2, Travis will attend the CMA Awards, which will be his third high-profile appearance in weeks, according to ABC News. The outlet writes, “…just days ago he showed up in the audience at Garth Brooks’ Ascend Amphitheater show in Nashville, looking remarkably healthy.” Celebrated artist Brad Paisley has revealed that he will be paying tribute to Travis at the awards ceremony. After his performance at the Country Music Hall of Fame, Paisley took to social media to write, “…Sunday, at the Country Music Hall of Fame, Randy Travis gave country music an… inspiring moment. He very simply took the mic and led the room in ‘Amazing Grace.’ It was nothing short of miraculous. Randy has endured so much, battling back from viral cardiomyopathy and a stroke, and it speaks volumes about his spirit and faith.”