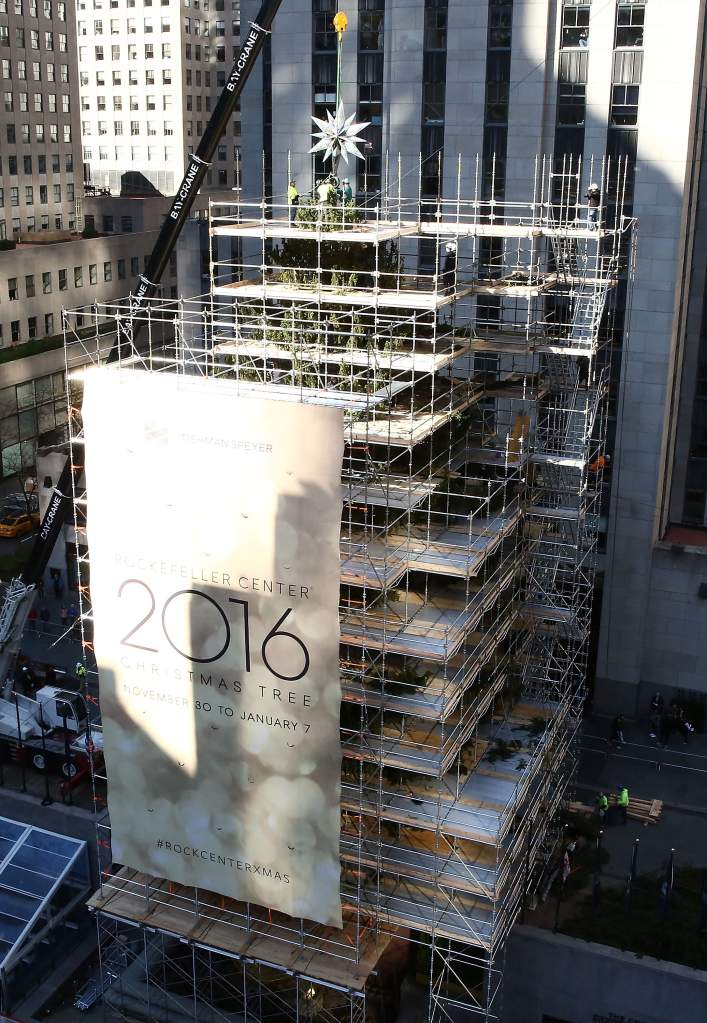 The Swarovski Star is raised on top of the Rockefeller Center Christmas Tree on November 16, 2016 in New York City. (Getty)

Tonight, the holiday season kicks off with the 2016 Rockefeller Center Tree Lighting. This year’s tree, a Norway Spruce, is 94-feet tall, and 56-feet wide. It is about 90-years-old, weighs 14 tons, and comes from Oneonta, New York. The festive tree lighting ceremony will be broadcast on NBC, and hundreds of spectators are expected to attend– the event is free and open to the public on a first-come, first-served basis. 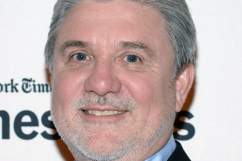 For the past eight years, NBC has partnered with the Arbor Day Foundation to give back to the environment and make a positive impact through tree planting. Tonight’s broadcast will start with the network’s “Green is Universal” tree campaign, where viewers can create and share an animated holiday story by visiting www.greenisuniversal.com and posting it with the #ShareATree hashtag. Over the past three years, “Green is Universal” has gifted over 50,000 trees to national parks and forests. Creating an animated story through the site will help the Arbor Day Foundation’s tree-planing efforts, funded by NBC Universal’s $25,000 donation.

This year will mark the tenth consecutive year that the Rockefeller Christmas tree will be donated to Habitat for Humanity after it’s taken down (the tree will be milled and made into lumber for home building). The lighting ceremony will be broadcast tonight on NBC from 7-9pm ET. Visiting hours will be daily from 5:30 am-11:30pm, from tomorrow until 9pm on January 7.