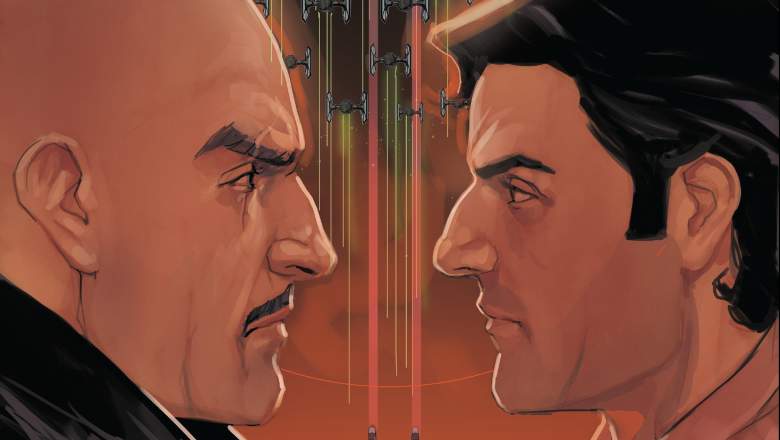 Thankfully, after a long night of election watching, new comics are out today. This includes two new Star Wars books from Marvel Comics. First, Poe Dameron has another run-in with Agent Terex, and then Marvel’s adaptation of The Force Awakens comes to an end.

Here’s a look at the two new Star Wars books for November 9.

Following an exquisitely-drawn issue by Angel Unzueta, regular series artist Phil Noto returns to illustrate another story written by Charles Soule. In Poe Dameron #7, the galaxy’s best pilot met with a friend, Suralinda Javos, who we hope will pop up in future issues after the story ended with her joining the Resistance. In #8, Poe faces Agent Terex of the First Order once again. Poe finally begins to wonder why Terex always shows up wherever Black Squadron goes and begins to suspect that there is a traitor on the team.

Click here to read a preview of the issue from Previews.

It’s been nearly a year since Star Wars: The Force Awakens hit theaters in December 2015, Marvel finally finishes its adaptation of the film. The last issue covers the movie’s final act, when the Resistance continues its attack on Starkiller Base, and Rey and Finn face Kylo Ren. The adaptation was written by Chuck Wendig and drawn by Luke Ross.

So far, the series has been a bit disappointing, following the film’s script down to the letter and revealing almost no new information. Part of this has to be because the series was written after the final cut of the film was completed, whereas other Star Wars comics adaptations included interesting deleted scenes.

Click here for a preview of the new issue from Previews. 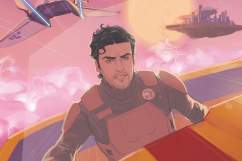