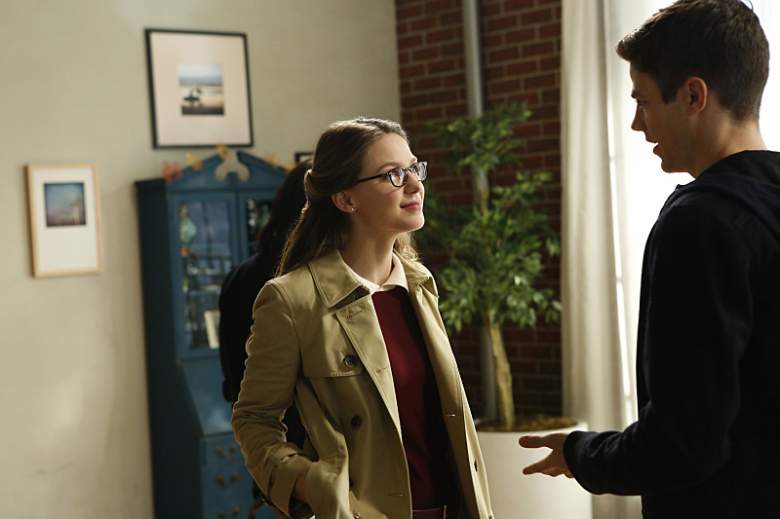 Tonight not only marks the mid-season finale for Supergirl, but it’s also the first crossover involving all four shows in the Arrowverse. Yes, Supergirl, Arrow, The Flash and DC’s Legends of Tomorrow will all be intertwined this week. It starts with “Medusa,” which sees Barry Allen/The Flash (Grant Gustin) travel to the earth Kara Zor-El/Supergirl (Melissa Benoist) calls home so he can bring her to his earth to help them defeat the alien race known as the Dominators. Read on to find out when each part of the crossover airs.

All four shows air on The CW. You can click here to find your local CW affiliate.

“Medusa” starts the crossover off with an interrupted Thanksgiving dinner. Both Barry and Cisco Ramon/Vibe (Carlos Valdes) stop by Kara’s apartment to recruit her to join their fight. Although Kara is part of their universe, she’s not part of their “universe.” Producer Greg Berlanti and his team used the DC Comics idea of the “multiverse,” so Kara lives on a different Earth. Barry accidentally visited Kara’s Earth in the season one episode “World’s Finest.”

“Medusa” was mostly a straight Supergirl episode, a Barry and Cisco didn’t arrive until the very end. They tried several times to open the inter-dimensional portal, but weren’t successful until after Kara finished her fight with Cadmus. 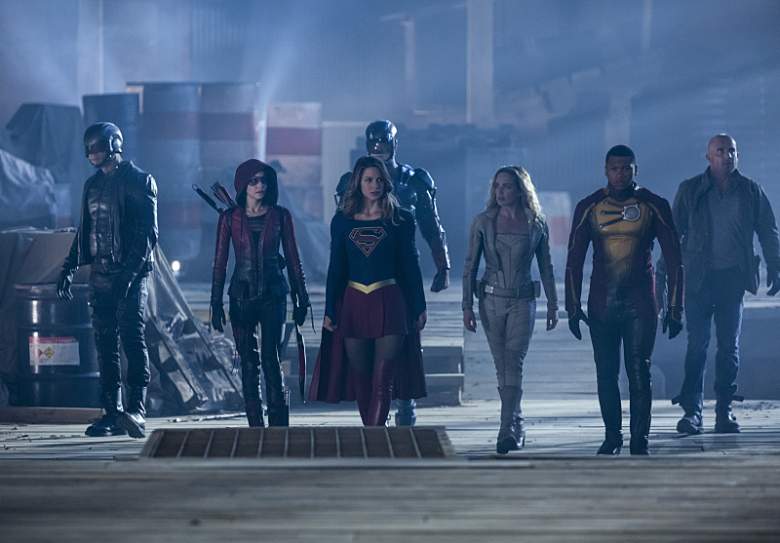 All of the Arrowverse heroes meet up in The Flash – “Invasion!” (Photo: Michael Courtney/The CW)

Viewers only have to wait until Tuesday for the next part. In “Invasion!,” Barry brings Green Arrow (Stephen Amell) into the fight. With Supergirl’s help, they have to track down the Legends of Tomorrow to help. Wally West (Keiynan Lonsdale) also wants to step up, but Iris (Candice Patton) doesn’t think he’s ready yet.

When aliens called the Dominators attack Central City, Barry (Grant Gustin) speeds over to Star City to ask the Green Arrow (guest star Stephen Amell) for help in stopping them. Realizing the battle against the Dominators is bigger than they thought, they track down the Legends of Tomorrow, and Barry and Cisco (Carlos Valdes) create a breach to bring back a secret weapon – Supergirl (guest star Melissa Benoist). Once all of the super friends are assembled, they come up with a plan to attack but a shocking secret related to Flashpoint is revealed and suddenly no one is sure who they can trust. Meanwhile, Wally (Keiynan Lonsdale) wants to join the battle against the aliens but Iris (Candice Patton) tells him he’s not ready.

The Arrow episode titled “Invasion!” is the show’s 100th episode. The crossover continues, with both The Flash and Supergirl helping.

Arrow airs on The CW on Wednesday, November 30 at 8 p.m. ET. Here’s the full episode description:

Oliver (Stephen Amell) wakes up to a life where he never got on The Queen’s Gambit. Robert (guest star Jamey Sheridan) and Moira Queen (guest star Susanna Thompson) are alive and well. Laurel (guest star Katie Cassidy) is his loving fiancée and their wedding is imminent. Everything seems perfect, but Oliver starts to notice small imperfections that make him question this new reality. Meanwhile, Felicity (Emily Bett Rickards) and the recruits take on a new threat with help from The Flash (guest star Grant Gustin) and Supergirl (guest star Melissa Benoist).

The time-traveling Legends of Tomorrow couldn’t possibly be left out of the fun. In their part of “Invasion!,” the Legends have just learned what the Dominators plan on doing and they know how to destroy them. The fate of Earth and its heroes depends on them.

After learning the Dominators’ plan for the world, the Legends must work together with The Flash (guest star Grant Gustin), Supergirl (guest star Melissa Benoist) and Green Arrow (guest star Stephen Amell) to kill them once and for all. Meanwhile, Stein (Victor Garber) figures out, with the help of others, how the team can terminate the Dominators, but is distracted by the aberration he realizes he created in 1987. Brandon Routh, Franz Drameh, Dominic Purcell, Maisie Richardson-Sellers, Nick Zano and Caity Lotz also star. 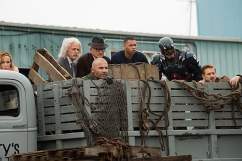