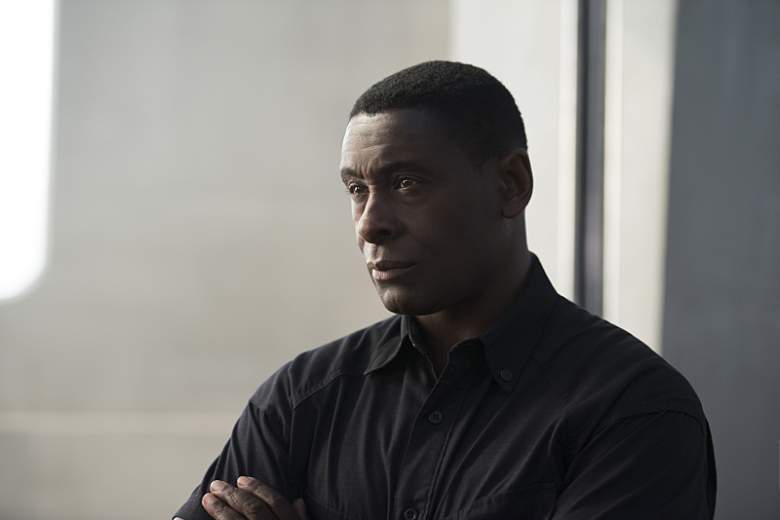 The biggest question heading into “The Darkest Places,” the seventh episode of Supergirl‘s second season, is “Who is Cyborg Superman?” Would it turn out to be Kara’s adoptive father, Jeremiah Danvers (Dean Cain)? Or would it somehow be Hank Henshaw (David Harewood)? For longtime Superman fans, that answer seems obvious. He is Hank Henshaw.

Read on for a look at Cyborg Superman.

Cyborg Superman is an enemy Superman has been facing since 1990 and was created by Dan Jurgens. His origin surprisingly mirrors the origin of Marvel’s Fantastic Four. Hank Henshaw, his wife Terri and two others were on a LexCorp shuttle named Excalibur. They were exposed to cosmic radiation and the two others died in the crash that followed. Their minds did survive though, with one creating a body out of radiation to live and the other creating a body out of the shuttle wreckage and other materials. Terri and Hank didn’t see any immediate effects, although Hank’s hair turned white.

When the four arrived in Metropolis, the other two crew members fought Superman and Hank and Terri’s bodies began to fall apart. Superman and Hank worked together to save Terri, but Hank later died. Superman blamed himself for the whole incident.

But wait! Hank didn’t really die. (We are talking about comic books, remember) and he had transferred his mind into LexCorp computers. He created a robotic body for himself to be with Terri, who was so surprised by the whole thing that she went insane and later died.

Hank believed that Superman was his mortal enemy. When Superman “died” after the battle with Doomsday, Hank convinced people that he was Superman in Cyborg form.

If all that above sounds confusing, don’t worry. Greg Berlanti and his team don’t have to give their Cyborg Superman that crazy of an origin. As the preview above shows, Hank tells Kara that it’s “time for you to die.” Cadmus somehow saved the real Hank Henshaw (who you remember was killed by J’onn in the past) and turned him into a Cyborg.

In an interview with Entertainment Weekly, Jeremy Jordan, who plays Winn, appears to have confirmed that Cyborg Superman will be Hank because he says that those who know of the character in the comics know what to expect. If that wasn’t the case, they could have thrown us a curveball and turned Jeremiah into Cyborg Superman, but they didn’t.

“Well, Cyborg Superman is going to either surprise you incredibly or you’ll be like, ‘Oh, I should’ve seen that coming,'” Jordan said. “It’s fun. If you know anything about Cyborg Superman in the comics, then you kind of know all you need to know. But, Winn, he’s a little bit more preoccupied with what’s going on with Guardian right now.”