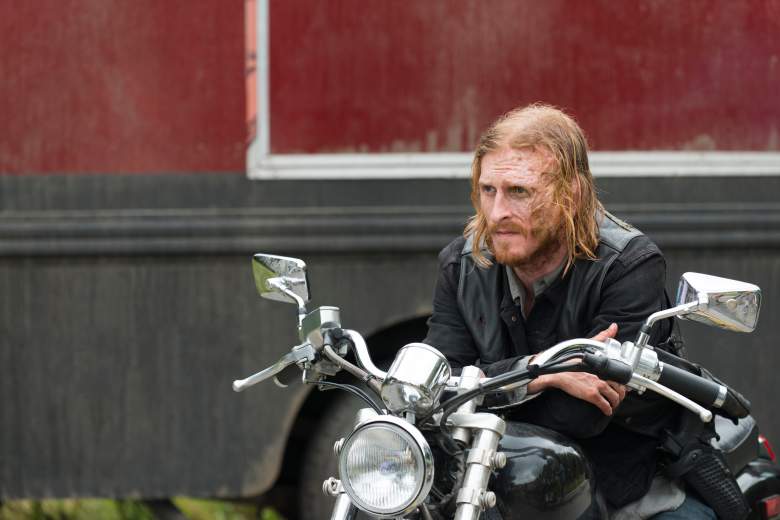 One question is plaguing fans who watched The Walking Dead tonight. It involves a “game” that we kept seeing played over and over again at Negan’s camp. This article contains spoilers through Season 7 Episode 3, so proceed with caution.

Over and over again during the episode, we saw people leading zombies into a fenced in yard. The zombies wore buckets on their heads until they got into the yard, and then the people removed the buckets in what felt like a very dangerous situation. The whole scenario was confusing and it was tough to figure out exactly what it meant. Why did the zombies have buckets on their heads?

Fans have a few theories.

First, the buckets were used to cover the zombies’ heads whenever Negan’s people had to move a walker into the fenced in yard and attach them to spikes or the fence. The buckets prevented the walkers from biting them. It may have also provided a bit of distance, since the walkers who were kept in the fenced area or put on spikes were people from Negan’s group who turned disobedient. (However, seeing how ruthless Negan is, it’s likely that “providing distance” wasn’t a big priority. Instead, it was probably just for practical reasons.)

The spike zombies and the zombies on the fence were likely put there to help protect Negan’s camp. In Fear the Walking Dead, a city in Mexico used a similar method to keep the walled in town safe from outsiders. And zombies served a similar purpose at the prison.

As for the people who were being forced to put the zombies into the fenced area, these were likely people who hadn’t fully sold out to Negan yet. They probably were working on that “points system” that Negan talked to Daryl about.

Do you agree with this theory? Let us know in the comments below. 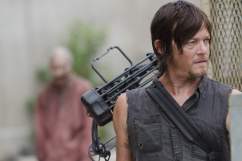 Which Songs Were Played to Daryl on ‘The Walking Dead’? [VIDEOS & LYRICS] 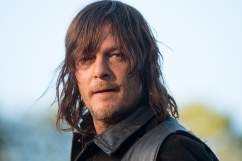 ‘The Walking Dead’: What Did the Red Letter on Daryl’s Shirt Mean?

Read More
AMC, The Walking Dead, TV
Why were some of the walkers in Negan's camp wearing buckets? Find out more about the scenes here.