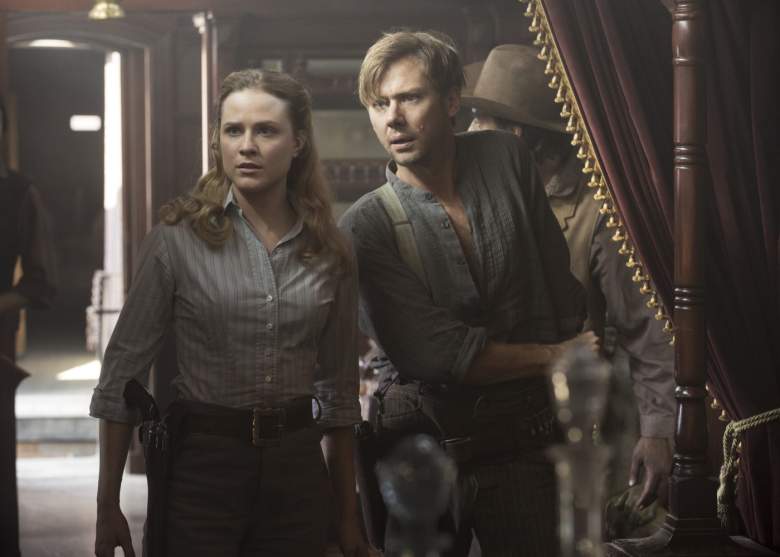 There’s a theory that’s been circulating since Westworld began, and it’s still going strong among some fans. This theory involves the idea of multiple timelines existing simultaneously within the show. This article will have spoilers through Episode 8 of Westworld (November 20), so don’t read on unless you’re caught up or you’re OK with spoilers. If any of the theories are true, they could also be spoilers.

Here’s what you need to know about the “multiple timelines” theory. The first fact is through Episode 7, and the second section pertains to Episode 8.

The Original Theory Suggested There Are Two Timelines in Westworld

The theory basically suggests that during the show, we’re seeing two timelines happen simultaneously. One is happening in present day and one is from the past. These timelines center around William and suggest that William and The Man in Black are one and the same.

Some fans have dismissed the theory after an episode where Dolores was walking out into the field and encountered William immediately after she was shot in the present day. But there’s still plenty of reason to believe that we’ve been seeing two timelines, even when considering that scene. First, you may notice that at times, Dolores is in what we know is the present timeline, and then the camera “jerks” a bit and suddenly she’s doing something with William. At one point, a little girl even faded in and out of her scene. This is likely because Dolores-in-the-present is retracing the steps of Dolores-in-the-past. What happened with William had a profound impact on Dolores because she broke free of her code. She was taken over again by the Westworld staff, but she’s always wanted to break free again. The hosts can access their past memories to some degree, we’ve learned. Dolores is doing this and reliving the past.

It’s likely that Ed Harris’ “Man in Black” did something to Dolores in the barn to try to trigger her memories of him and William. Whatever he did may have also helped her “pick up” the transmissions from Arnold and Arnold’s game-within-a-game.

One big clue that the Man in Black is William happened in one of the very first episodes. We saw a tin can roll across the dirt toward Dolores. That’s when she and Ed Harris met and shook hands. The exact same thing happened when she and William met for the very first time.

In addition, the logos in Westworld point to this as a possibility. If you look at the scenes where William first entered Westworld, the logo looked very different than it does in present day: 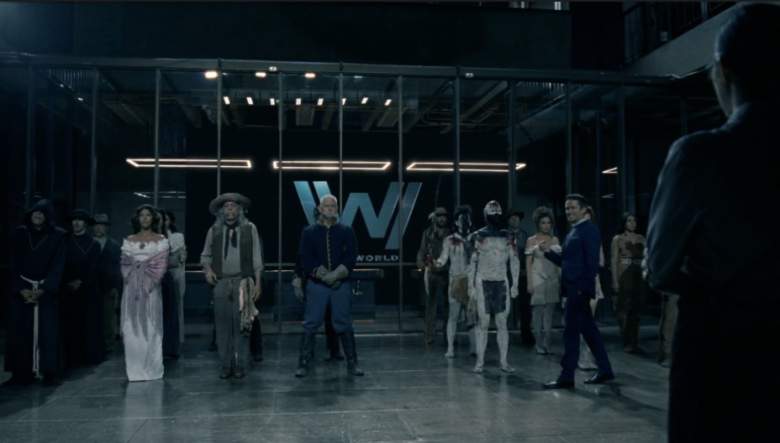 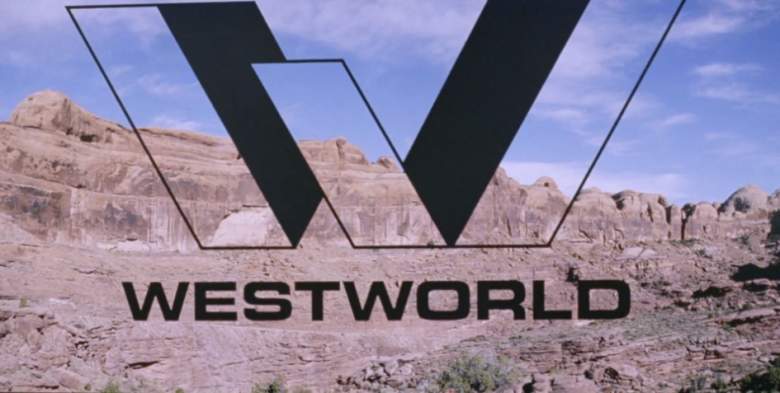 There’s one final clue about the two timelines theory that might be a big spoiler if you’re not prepared for it. So only read on if you’re ready for another possibly big spoiler, based on a favorite fan theory.

This theory revolves around the idea that Bernard is a host modeled after Arnold. If this is true, then the scenes between Bernard and Dolores might actually be scenes from the past. Take a look at the original lab, where Ford was talking to the host version of his childhood self. This lab looks very similar to the place where Bernard talks to Dolores, only from a different angle. What do you think? Could they be the same place but from different angles? Or could they both, at the very least, be in older, first-gen labs? See the photos below for examples:

Ford talks with his younger self. (HBO/Westworld)

Since Episode 8, Fans Think There Are More than Two Timelines

Since episode 8, we now think there are likely more than two timelines at work. Remember, Ed Harris’ Man in Black and Teddy met up with a blonde host and MiB exclaimed that he couldn’t believe she was still around. She was the same host that introduced William to Westworld. This confirms that William’s timeline is before MiB’s.

But then Dolores sees the “beta” town with the church, and then flashes to William, where they are seeing the church torn up. This indicated that Dolores is reliving some parts of her life that happened before William, and some parts with William, and she also is experiencing some things in MiB’s timeline too.

What do you think about this theory? Let us know in the comments below.

Here’s where we originally posited the theory about William and the Man in Black, back in early October: 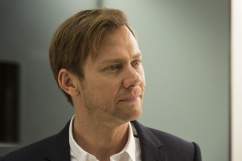