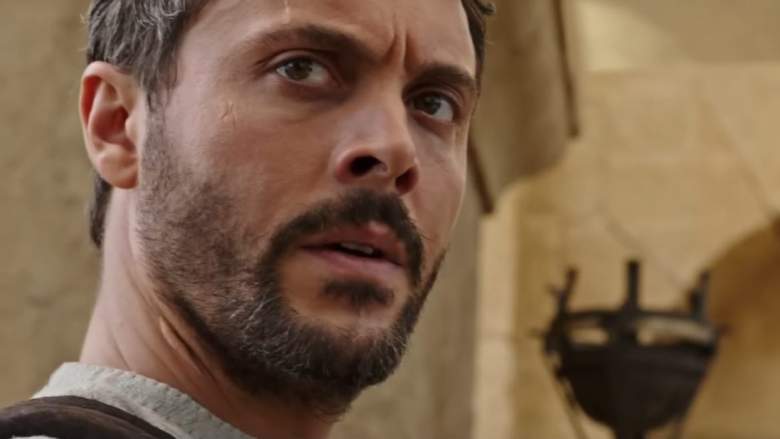 If the box office results from 2016 proved anything, it’s that you can’t wait too long to make a sequel. Sure, it took Pixar 13 years to make a sequel to Finding Nemo. But films like Zoolander 2 and Bad Santa 2 proved that just because the original film gained a cult following on home video doesn’t mean their fans will still go out to see a sequel 10 years later.

This year also proved that bad reviews really can kill a movie. An ill-conceived Ben-Hur remake was dead on arrival, not just because there was zero interest in it, but also because the reviews were terrible. Alice Through the Looking Glass, Gods of Egypt and Mothers Day were all movies hurt by poor reviews.

The biggest loser of the year was Paramount. Although the legendary studio is still considered one of the major studios in the world, it had just a single film in the Top 20 highest-grossing films of the year. Star Trek Beyond, the 13th film in that franchise, grossed $158.8 million domestically, which was good enough for 14th on the list. In fact, Paramount had just four movies in the domestic Top 50.

Here’s a look at 10 of the biggest flops of the year. All data comes from Box Office Mojo. 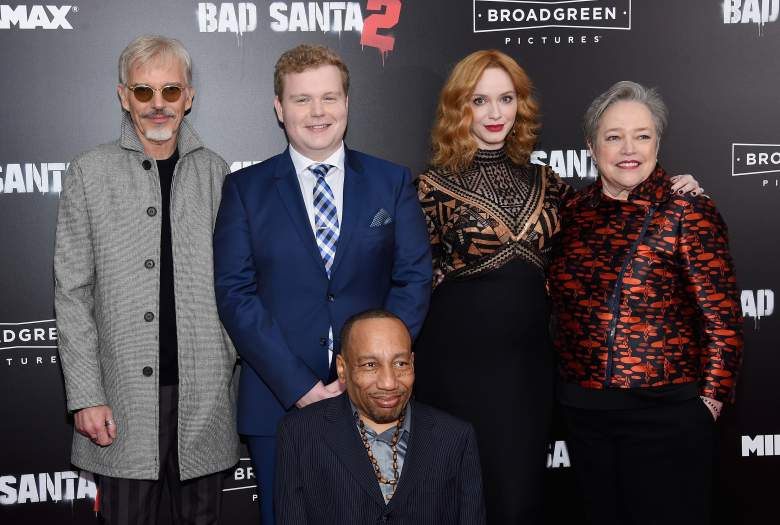 Since Bad Santa 2‘s release on November 23, the film has quickly disappeared. How could it compete with Disney’s Moana? The film has taken in just $17.6 million since its opening and only made $6.2 million in its opening weekend. That actually doesn’t sound too bad for an R-rated sequel to a cult movie, but it cost $26 million to make. Clearly, Broad Green Pictures was hoping it would catch on like the 2003 original, which grossed $60 million. 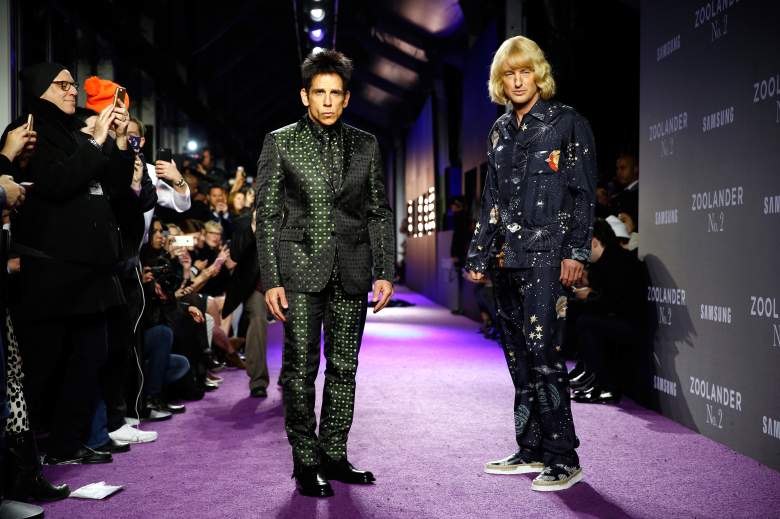 Ben Stiller’s original Zoolander was a flop when it was released in September 2001. Over time, the film became a cult hit and its box office failure was explained as “The audience just didn’t get it at the time.” The same probably won’t be said for Stiller’s ill-advised sequel, which came 16 years too late. Critics hated it and once audiences saw it, they did too. It made 48 percent of its total gross in its first weekend. 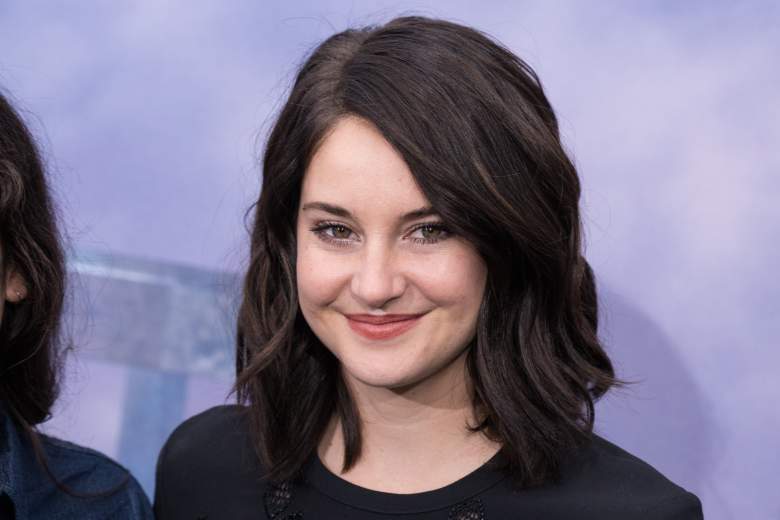 Lionsgate’s Divergent franchise, based on the Veronica Roth novels, were supposed to help the studio survive the end of The Hunger Games. Even though 2015’s Insurgent made $20 million less than Divergent did in 2014, the studio had reason to think that Allegiant wouldn’t be received as poorly as it was. But the moment the film only made $29 million in its opening weekend, it was clear that the drop-off was going to be huge. Allegiant ended its run with just $66.2 million. It did OK overseas with $113 million, but that wasn’t enough to save the franchise. The last film might never be made, especially since Theo James and Shailene Woodly have refused to be a part of a TV movie. 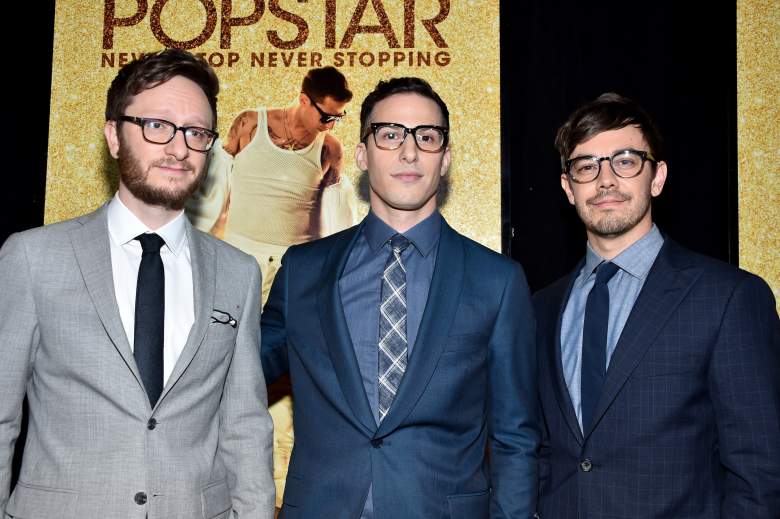 Popstar: Never Stop Stopping isn’t a movie that would resonate with the general public at large. Andy Samberg and his Lonely Island crew have a wacky sense of humor and it showed in their first full-length movie. It stars Samberg as a Justin Bieber-type pop superstar and is told in the mockumentary form. In other words, this was a cult movie in the making. In fact, it currently holds a 76 percent fresh rating on Rotten Tomatoes. Despite good reviews, Popstar failed at the box office, grossing just $9.5 million and getting lost in the summer shuffle. It made 49.5 percent of its total on opening weekend. 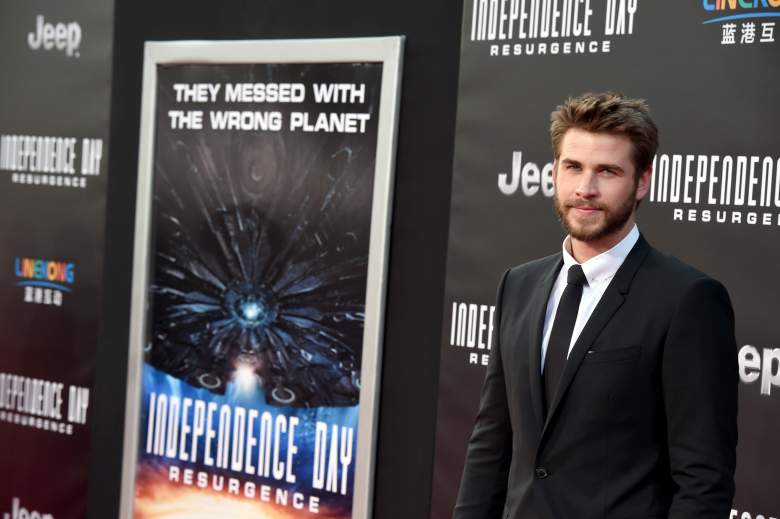 It took Pixar 13 years to make a sequel to Finding Nemo and Ben Still 16 to make Zoolander 2. But that was nothing compared to the 20-year wait for a sequel to Independence Day. Director Roland Emmerich had been talking about a sequel for years – in fact, he had plans to make a two-part movie at one point – and the ultimate result was Independence Day: Resurgence.

Without Will Smith, the movie flopped at home, making $103.1 million – less than a third of what the original made. Overseas, the film did make $165 million, but the muted response at home likely means the independence Day franchise won’t be a trilogy. 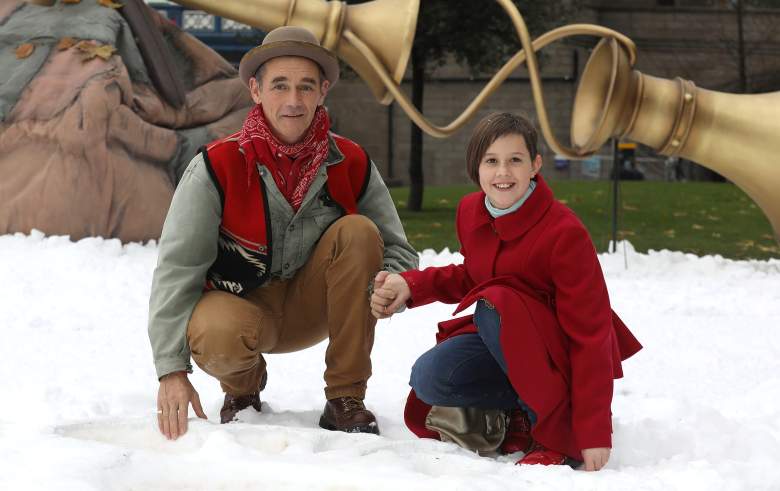 Mark Rylance and Ruby Barnhill were the stars of The BFG. (Getty)

The BFG sounded like a sure bet. Mixing director Steven Spielberg with the late children’s author Roald Dahl, add in the fact that Disney co-produced it, and it should have been a hit. The reviews for the film were even pretty good. But the movie was lost in the fall shuffle and didn’t connect with American audiences. Costing $140 million, it only made $55 million at home. Overseas, it did better, grossing $122.6 million. 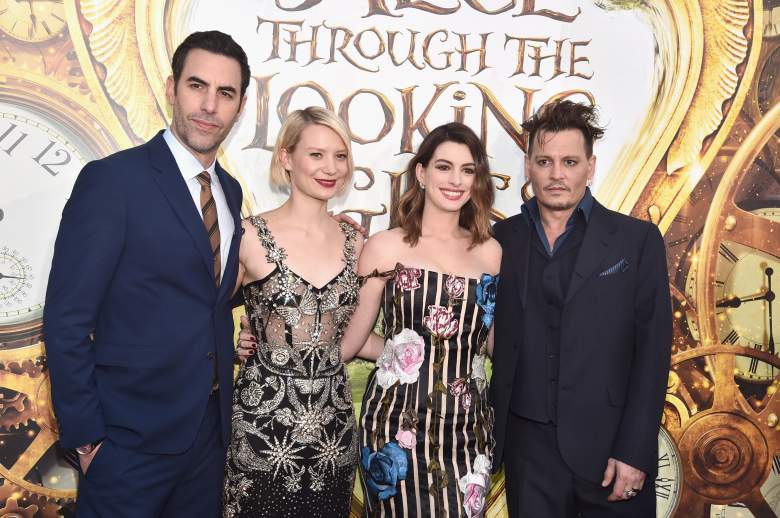 Disney might have had plenty of hits this year, but Alice Through The Looking Glass was not one of them. It was released six years after Tim Burton‘s Alice In Wonderland inexplicably grossed $1 billion worldwide, successfully battling whatever critics had to say about it. The same couldn’t be said for Alice Through The Looking Glass, which made just $77 million domestically with a $170 million budget. Again, the film was saved by the overseas markets, adding $222.4 million to its total. But it still dwarfed the success of Alice In Wonderland. 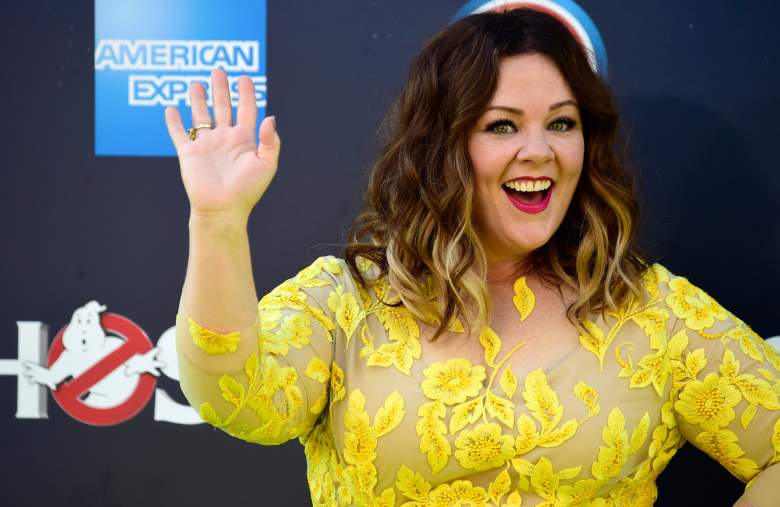 Although Ice Age: Collision Course made just $64 million in the U.S., its $343.6 million foreign gross makes it tough to include on a list of flops for 2016. Sony’s 2016 Ghostbusters, which made $128.3 million can be considered one of the biggest disappointments of the year though.

Sony and Village Roadshow spent $144 million on the movie and had high hopes for it. The film replaced the cast of the beloved original Ghostbusters with Kate McKinnon, Kristen Wiig, Leslie Jones and Melissa McCarthy and Sony went all out on marketing the movie. Variety reported that the studio spent $100 million on marketing alone.

While its domestic total doesn’t sound terrible, Ghostbusters really needed the international box office to help cover its cost. But the nostalgia for the franchise just wasn’t there outside the U.S. and it stalled at $100.7 million in foreign territories. It was not good for Sony, a studio that didn’t have a superhero movie this summer. 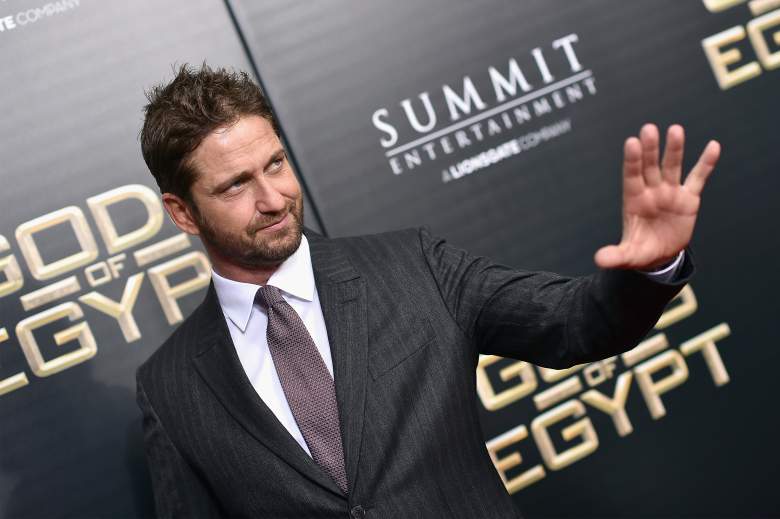 Gods of Egypt was released back in February and caused a buzz for one reason: the completely bizarre casting choices. It’s a movie about Egypt, in which no Egyptian actor has an important role. Astonishingly, director Alex Proyas and Lionsgate admitted it was a mistake before the movie came out. So once it hit theaters, the $140 million movie landed with a thud. At least it made $119 million overseas. 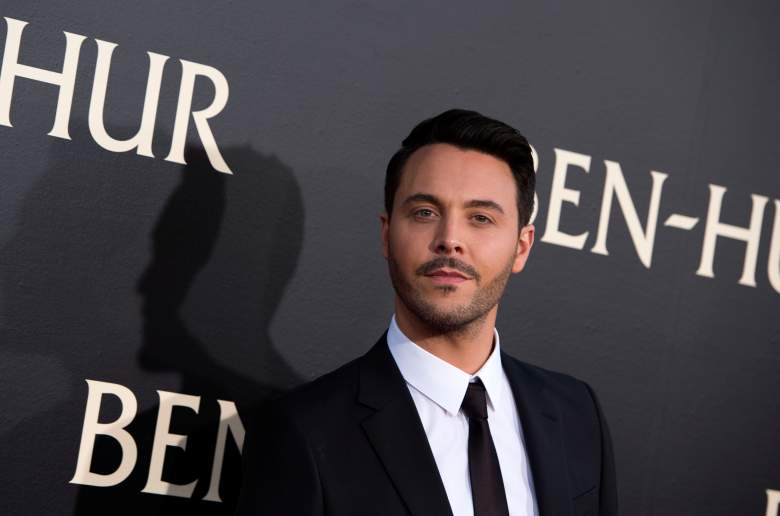 No list of the flops of 2016 would be complete without mentioning the remake of Ben-Hur. The idea of remaking Ben-Hur isn’t a crime, since the 1959 classic with Charlton Heston was a remake of a 1925 silent movie. The crime was picking Timur Bekmambetov – the guy who made Abraham Lincoln: Vampire Hunter – to direct a Biblical epic and then casting unknowns in the major roles. Jack Huston might be a good actor, but he’s not a big enough star to headline a $100 million movie.

Ben-Hur was poorly received by critics and did even worse with audiences (if that’s possible). It only made $26.4 million and 42.4 percent of that came from its opening weekend. The international box office didn’t even help, as the film made just $67.6 million at the foreign box office. 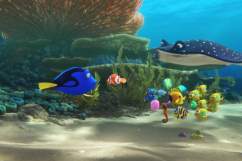