Fans of Bastille love to analyze their videos, sometimes frame by frame, and look for hidden messages,  meaning, and symbolism. The newest video "Blame" is no exception. But the music video, just released early morning on December 15, might be the band's craziest and most confusing video yet. Fans aren't sure what to think about the video that goes along with one of their favorite songs. In fact, some fans are clueless this time. Click through the gallery to see the best theories and explanations that fans of Bastille have come up with so far to explain this crazy video. Do you have a theory of your own? Let us know in the comments below. Then bookmark this post, because we'll be adding to this story as more explanations and "deep dives" are made into this crazy video. (Vevo/Bastille) 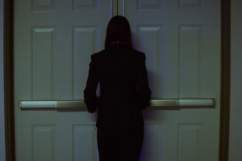