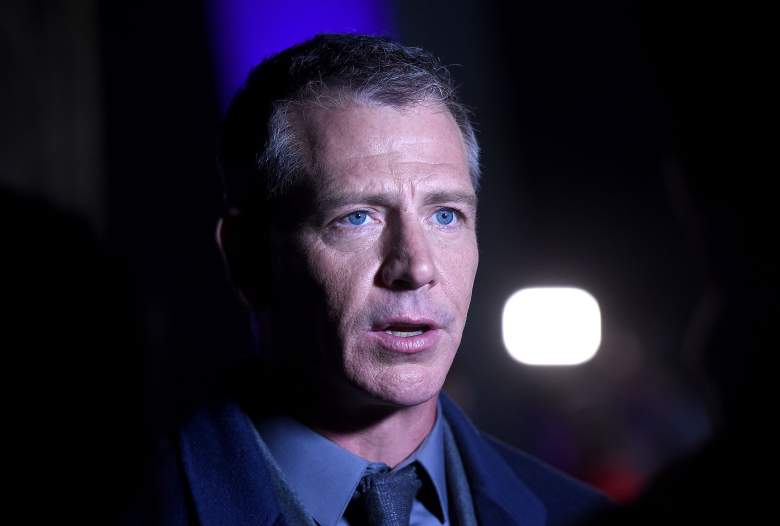 Ben Mendelsohn, an Australian who has stolen scenes in every Hollywood movie he’s made so far, stars in Rogue One: A Star Wars Story as the villain, Director Orson Krennic. The role suits the actor, who’s known for playing villains and giving chilling performances on both the small and big screens.

Mendelsohn has seen his profile build ever since he starred in the Oscar-nominated Animal Kingdom in 2010. That performance earned him roles in the 2012 films Killing Them Softly, The Place Beyond The Pines and The Dark Knight Rises. In 2015, he starred alongside Ryan Reynolds in the acclaimed Mississippi Grind, playing a down-on-his-luck gambling addict.

However, for many, his defining role might be as Danny Rayburn in the Netflix series Bloodline. In that series, he played the black sheep of the family and won an Emmy for the role in 2016. He was also nominated for a Golden Globe in 2016.

Here’s a look at Mendelsohn’s life, career and his Rogue One character.

1. Mendelsohn Came Up With a Unique Mix of British & Australian Accents to Play Krennic 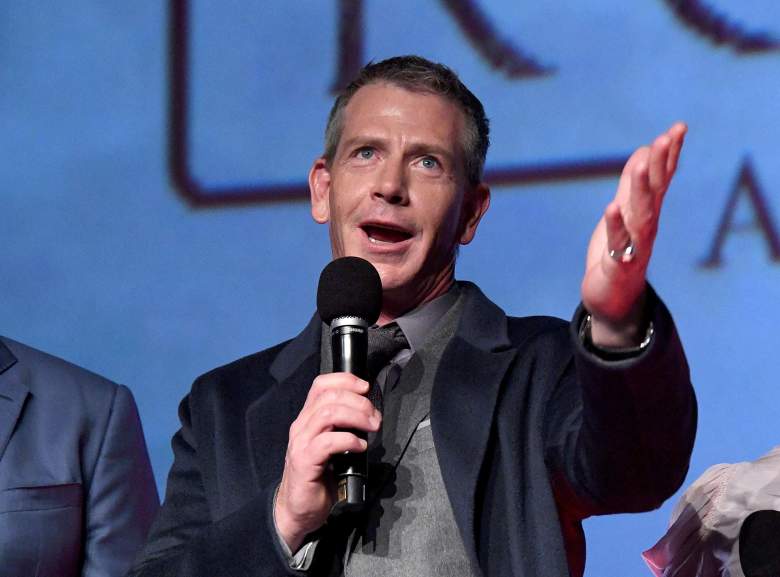 Director Orson Krennic was the leader of the Empire’s Advanced Weapons Research Division and he was responsible for the security of the Death Star project. We’ve seen in trailers that he goes toe-to-toe with Darth Vader, explaining to the Dark Lord of the Sith just how powerful the Death Star is.

When we hear Krennic talk, the accent Mendelsohn used isn’t a refined British accent we’re used to hearing from Imperial officers. In an interview with Vulture, Mendelsohn explained:

Krennic doesn’t come from officer material, so I thought maybe I could use a version of my own accent. But I also didn’t want to take people out of the Star Wars experience by having a thick Australian accent, so this is sort of me leaning towards the classic British imperial sound.

Mendelsohn is often asked about accents, since he hasn’t been able to use his natural accent in years, since he started working in Hollywood. According to a Vanity Fair profile, Mendelsohn worked with Brown University professor and dialect coach Thom Jones to get his Bloodline accent down. Mendelsohn is also proud of the Schenectady accent he perfected for The Place Beyond the Pines, which co-starred Ryan Gosling.

“I believe that having to work on [my accent] more has made me better at what I do,” Mendelsohn said in his Vulture interview. “Having to spend a lot of time making sure I’m not taking people out of Bloodline or film stuff, you need to put the work in. That has real benefits.”

2. Mendelsohn Has 8 Nominations from the AACTA, Australia’s Version of the Oscars 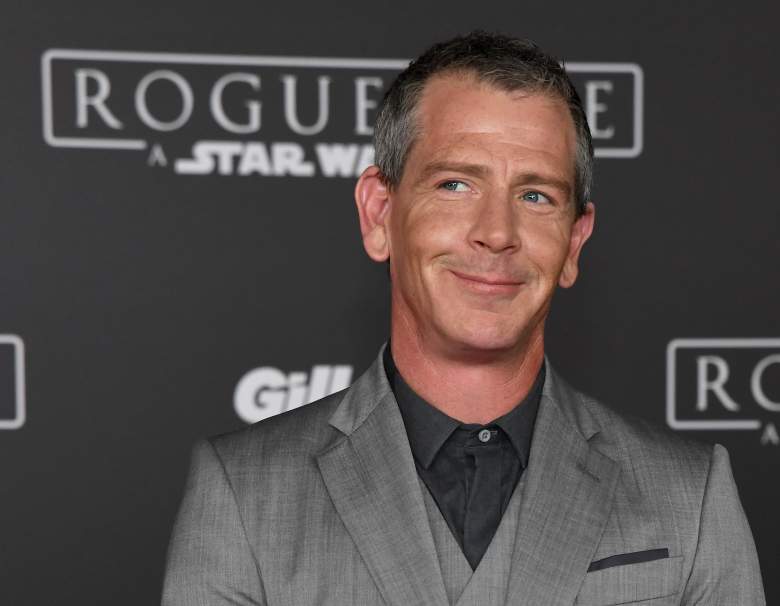 Ben Mendelsohn earned his breakthrough role in the Australian drama The Year My Voice Broke (1987). (Getty)

Mendelsohn has been a major figure in the Australian film industry since the late 1980s, making it even more shocking that he has only gained interest from Hollywood in the past six years. In fact, he’s received eight nominations from the Australian Film Institute‘s version of the Oscars, the AACTA.

Mendelsohn’s first nomination and win came for The Year My Voice Broke, a coming-of-age drama set in 1962. He won for Best Supporting Actor. After racking up several more nominations for both film and television roles, he won Best Lead Actor for 2010’s Animal Kingdom.

Despite his fame in Australia and now around the world, he still gets mistaken for fellow Australian actor Noah Taylor, who does look an awful lot like him. The two made several movie together and Taylor played Locke on Game of Thrones.

In an interview with The Fix, Mendelsohn said that the two actors had a tradition where “the other one to do something in very, very poor taste, knowing that it was going to be thought of as the other one…and that’s been going on for as long as we’ve both been going on.” 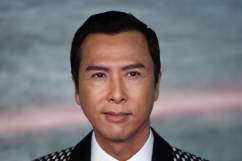 3. Mendelsohn Doesn’t Like to Watch His Own Work, But He’ll Make an Exception for ‘Rogue One’ 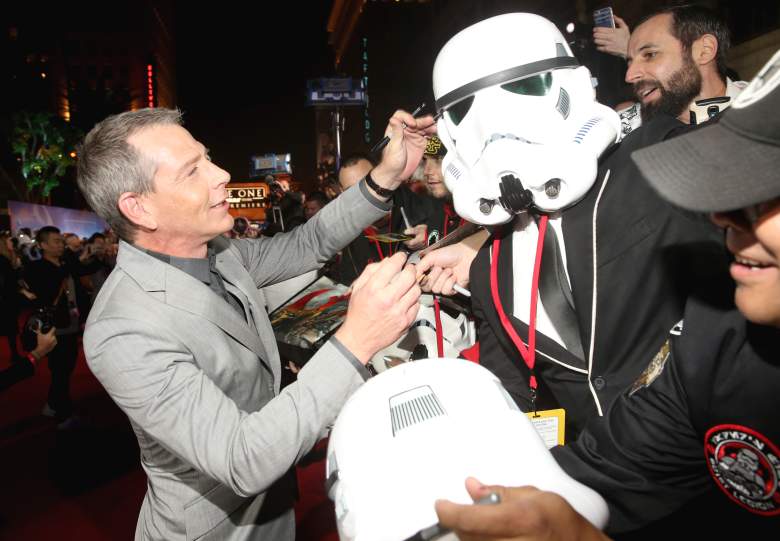 Mendelsohn is such a big Star Wars fan that he’ll break his long-standing habit of not watching the movies or TV shows he’s made for Rogue One.

“I don’t watch them, I’ve never seen them,” he told Indiwire when asked to explain his position. “I actually think that when I stopped watching them I actually got better… [If I do watch them] on the next film I’m on set and I think, ‘Oh don’t hold your head like that because then you look like that.’ Listen, you know when something’s worked and you know when something hasn’t worked.”

In his Vulture interview, Mendelsohn said briefly thought about trying not to watch Rogue One, but he gave up quickly.

“I thought about that for about three minutes, and entertained whether I would watch this or not. And of course, I did,” he told Vulture. 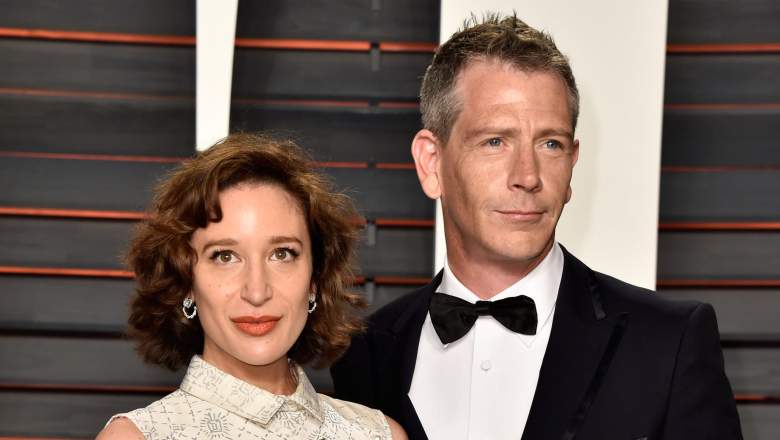 In 2011, a year before she married Mendelsohn, Emma Forrest published her memoir, Your Voice in My Head. In it, she wrote about her relationship with Irish actor Colin Farrell, although she didn’t refer to him by name. She called him “GH,” short for “Gypsy Husband,” in the book.

“With Colin, I find it easier to write stuff than to say stuff,” Forrest told the New York Post in May 2011. “Because the second I start talking about him it always feels exploitative, and for me the writing is my safety net.”

Forrest, who was born in London but is based in Los Angeles, met Farrell just as In Bruges was coming out in 2008. They continued dating until October 2010.

Forrest told the Irish Independent that she asked Farrell if he wanted to see the book before it was published.

“[Colin] thought about it for a bit, then sent an absolutely beautiful letter saying he didn’t need to. It was such a thoughtful letter that confirmed all the good I’d seen in him. He has a copy if he ever changes his mind,” she told the Independent.

According to the Sidney Morning Herald, Animal Kingdom director David Michod introduced Mendelsohn to Forrest during an event in the U.S. “I think she’s perfect for Ben,” the director told the Morning Herald.

Mendelsohn and Forrest have a daughter together. The actor also has a daughter from another relationship, but he doesn’t talk about his private life.

5. Hollywood Loves Mendelsohn’s Villain Skills so Much, He’s Been Cast as the Sheriff of Nottingham in a New ‘Robin Hood’ Movie 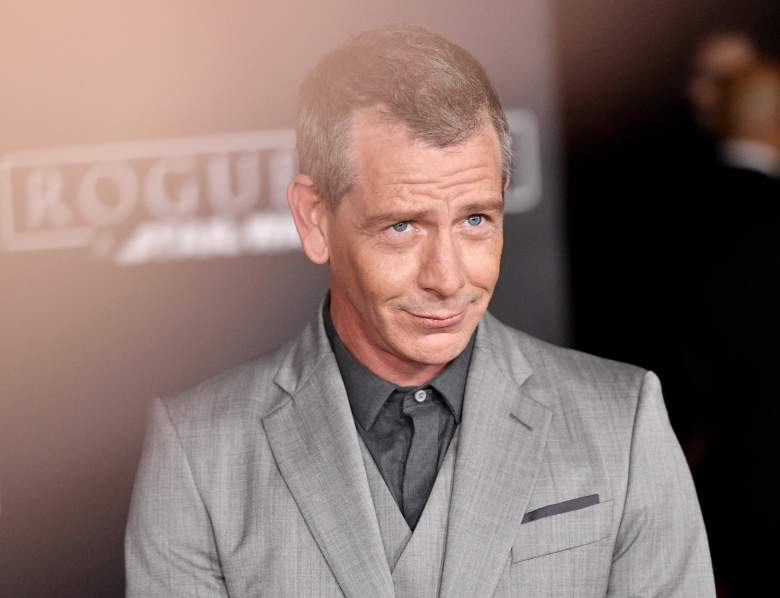 Mendelsohn better not get tired of playing villains, because he’s been typecast as one. Three days before Rogue One‘s release, Mendelsohn was cast as the Sheriff of Nottingham in Robin Hood: Origins, Variety reported.

Taron Eggerton (Kingsman: The Secret Service) will star as Robin Hood, while Jamie Dornan (Fifty Shades of Grey) plays Will Scarlett. Eve Hewson (The Knick) will star as Maid Marian and Jamie Foxx is Little John.

“I suppose you don’t necessarily approach them as a villain per se,” Mendelsohn told Indiewire in December when asked about how he approaches his characters. “What Krennic is going to teach us and take us to is a deeper understanding and experience of the Empire [and] what goes on, as it were, within that. I’m happy to serve basically.” 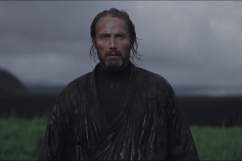