One of 2Pac’s most trusted confidants was found dead in his home on the night of December 5, reports TMZ. The gossip site says that no foul play is suspected and that Syke suffered from “heart issues and obesity.”

Syke said in a 1992 interview that he first met 2Pac in 1992. The pair would collaborate on four songs on Shakur’s seminal album, All Eyez On Me.

Syke released numerous solo albums and had been a member of 2Pac’s groups Thug Lige and the Outlawz. His last video dropped a little over a year ago:

His name while with the Outlawz was Moozaliny. In March 2016, a video circulated online showing Syke, 2Pac, Warren G and Richie Rich in a freestyle battle. 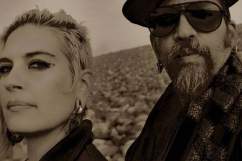