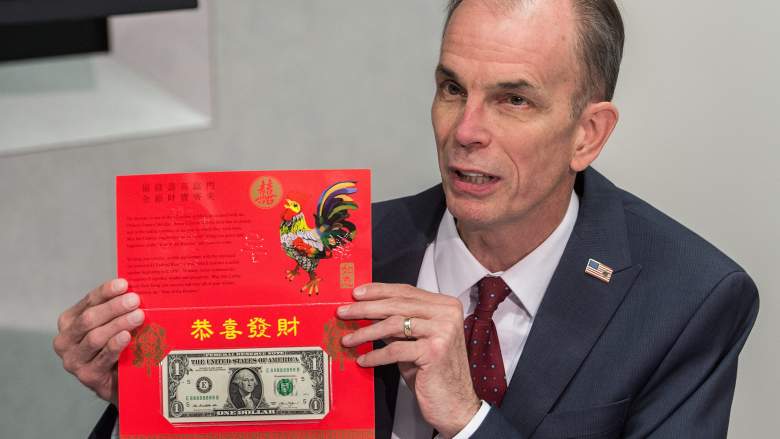 Leonard Olijar, Director of the Bureau of Engraving and Printing, introduces the Year of the Rooster 2017 one dollar bill in honor of the Chinese Lunar New Year. (Getty)

With Chinese New Year on the horizon, everyone is wondering what the animal is for 2017. Well, 2017 is the “Year of the Rooster”, and will begin on January 28, 2017, the second New Moon after the Solstice. This year’s “Fire Rooster” has the characteristics of being trustworthy, with a strong sense of timekeeping and responsibility at work, according to China Highlights.

China prepares to welcome the Year of the Rooster — with a giant Trumpian statue https://t.co/CfO0tRKvXB pic.twitter.com/YFTRvOM1F1

According to The Astrology Club, the New Year (also known as the “Spring Festival”) is the longest holiday in China and is of great importance. Chinese New Year’s celebrations last two weeks, and are accompanied by many traditions, like cleaning the home leading up to the holiday and dragon dances. Firecrackers are often set off at midnight and people hand red envelopes to one another (called yasui qian) as a sign of happiness and good luck.

Firecrackers are also set off during the Chinese New Year celebration to say goodbye to the old year, and welcome in the new year. Though there are many reasons to honor Chinese New Year, the two most important are to celebrate a year of hard work, and to wish for a prosperous new year. Chinese tradition says that a good start to the new year means luck for the remainder of the year. 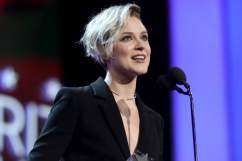 When Are the 2017 Golden Globes Awards?