Tonight, Universal Pictures released the official trailer for The Fate of the Furious.

The film, which is the eighth installment in the Fast and the Furious franchise, will be released on April 14, 2017, in the USA, and will star Dwayne “The Rock” Johnson, Vin Diesel, Charlize Theron, Helen Mirren, Scott Eastwood, Michelle Rodriguez, and Tyrese Gibson.

It’s official! The title of #F8 is THE FATE OF THE FURIOUS. Tune-in live on @Facebook this Sunday for the trailer debut! pic.twitter.com/EtTwdcxtpX

The new poster for the film, shown above, boasts the phrase “family no more” and suggests some tension between Vin Diesel and Dwayne Johnson. The film is directed by F. Gary Gray, and its synopsis reads:

Now that Dom and Letty are on their honeymoon and Brian and Mia have retired from the game-and the rest of the crew has been exonerated-the globetrotting team has found a semblance of a normal life. But when a mysterious woman seduces Dom into the world of crime he can’t seem to escape and a betrayal of those closest to him, they will face trials that will test them as never before. From the shores of Cuba and the streets of New York City to the icy plains off the arctic Barents Sea, our elite force will crisscross the globe to stop an anarchist from unleashing chaos on the world’s stage… and to bring home the man who made them a family.

Vin Diesel, Dwayne Johnson, Tyrese Gibson, Michelle Rodriguez, director F. Gary Gray and more stars from the film dropped by Times Square live to discuss the movie. “Every nuance, every scene… we really went into the basement to make it the best,” said Gibson at one point. The actor also paid tribute to Paul Walker during his interview.

“The Rock” also stopped by to promote the trailer. “I think it’s awesome… it’s fantastic. You know, we put a lot of time and effort into this movie. We also want to make sure if we deliver a movie like this… we do it big.” When asked if he’d be driving a stick shift in the film, Dwayne joked, “I can’t fit in those little cars… But I’ll drive anything with wheels.” After Dwayne, Nathalie Emmanuel (who is best known for her role as Missandei in the HBO fantasy series Game of Thrones) dropped by to briefly discuss her role, followed by Vin Diesel. When asked what it feels like to be at the epicenter of the film and its franchise, Vin said, “Never did I think… the trailer for a movie would shut down all of Times Square.” Diesel added on, “We work so, so, so hard to make these movies. We put our lives on the line, we put everything we have into it but without the fans and the love that they give us, without the support that they give us, when we had losses, the world cried with us. And the multiculturalism that you see in our movies is born from me living in this city…. Cause this city is the most multicultural city in the world, and I’m a product of that.” 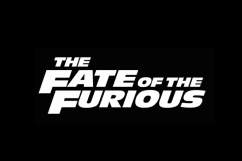