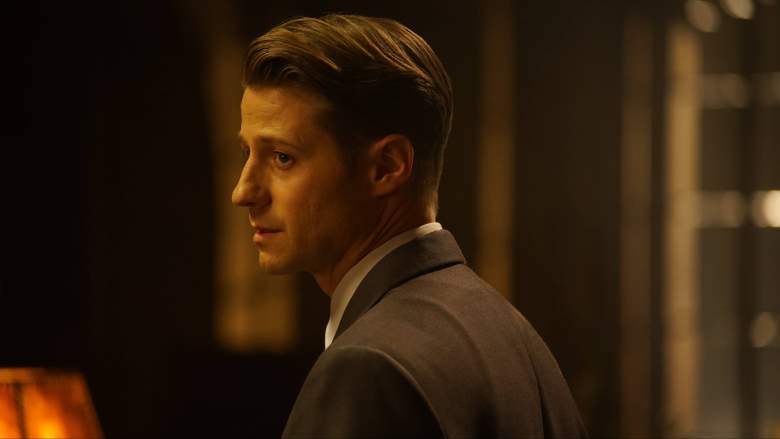 The first half of Gotham‘s third season ended with Jim Gordon (Ben McKenzie) finding himself in even more trouble, but at least he’s back on the police force. We won’t get to see the effects of Mario Falcone‘s death until next year. The next episode of Gotham doesn’t air until April.

UPDATE: Once again Gotham is not on tonight. The show returns on Monday, April 24, 2017.

Season Three’s 12th episode wasn’t scheduled to air until Monday, January 16, 2017. The show is off this week because Fox is airing Showtime at the Apollo instead. On Monday, December 12, Fox will re-air the Season Three premiere, “Mad City: Better to Reign in Hell…”

As we can see in the above preview for Episode 12, it looks like Jerome Valeska (Cameron Monaghan) is returning to the series. We haven’t seen him since “Rise of the Villains: The Last Laugh,” when it looked like he was shot and killed. He went on to inspire copycat criminals throughout Gotham City. Of course, any character can be brought back from the dead, even if we saw the body.

The second half of “Mad City” will also have to address the ongoing mysteries with the Court of Owls and the sudden appearance of Selina’s mother, Maria, played by Ivana Milicevic (Power, Banshee). We’re also seeing Bruce (David Mazouz) learn more skills that will come in handy when he eventually becomes Batman.

Read More
Batman, FOX, Gotham, TV
Is Gotham on Fox tonight? Find out when the next new episode of the Batman prequel series starring Ben McKenzie as Jim Gordon airs.