On the morning of December 26, 1996, John and Patsy Ramsey woke to find their daughter, JonBenét, missing from her room. Her disappearance was accompanied by a 2.5-page ransom note demanding $118,000 for the six-year-old’s return. Patsy called 911, and shortly after authorities arrived, JonBenet’s body was found by her father in a basement room. She was tied up with nylon cord, and covered in a white blanket.

The murder of JonBenet Ramsey remains unsolved to this day, and tonight, People Magazine Investigates will attempt to piece together what happened to the young pageant queen.

Read on to learn more about Patsy Ramsey, JonBenet’s mother. 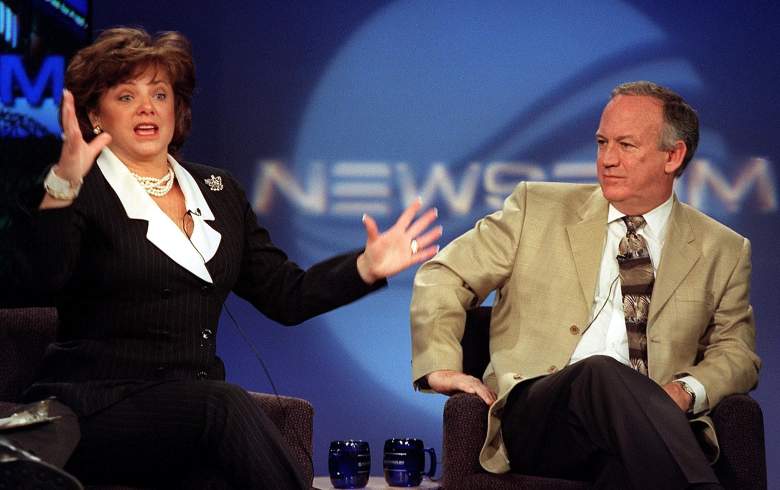 John (R) and Patsy Ramsey, whose daughter JonBenet was found murdered in their home nearly four years ago, answer questions from journalism students, 12 October 2000, about their experience in the media spotlight at the Newseum in Rosslyn, Virginia. The JonBenet Ramsey case has been a widely covered news story since the death of the 6-year-old beauty queen. (Getty Images)

According to People, Wong spent three weeks studying the note, and compared it to 100 samples of Patsy’s handwriting. She reportedly found over 200 similarities between the two, and noted that the ransom note even included misplaced capital letters “in a similar way to Patsy.”

According to her site, Wong has been working as a professional forensic document examination skills and handwriting analysis expert for the past 22 years. “Having qualified in State and Federal courts, Cina is a Board Certified Forensic Handwriting Expert… who uses accepted scientific examination techniques and methods in order to determine the authenticity of documents.” 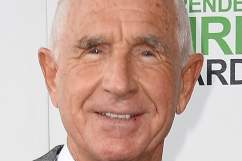 Patsy was born in Gilbert, West Virginia, to Nedra Ellen Ann and Donald Ray Paugh. In 1978, she graduated from West Virginia University, where she received a BA in Journalism. In 1980, when she was 23, Patsy married John Ramsey. They gave birth to their son, Burke, on January 27, 1987.

In September of this year, CBS aired a four-part documentary about JonBenet’s murder, titled “The Case Of: JonBenet Ramsey”. During the documentary, and in a radio interview with CBS Detroit, forensic pathologist Werner Spitz voices his theory that Burke, JonBenet’s brother, accidentally killed JonBenet.

In October, US Magazine reported that Burke had filed a $150 million defamation lawsuit against Spitz, for “explicitly and falsely stat[ing] that Burke Ramsey killed his sister, JonBenét Ramsey.” According to People, Spitz’s attorneys responded to the lawsuit by stating, “Dr. Spitz expressed his own view — as the First Amendment affords him the right to do — but his speculations, even if firmly held and confidently expressed, are not statements of fact.”

In 1999, a grand jury voted to indict the couple. According to The Denver Post, they were accused of two counts of child abuse “resulting in death in connection to the first-degree murder of their 6-year-old daughter JonBenét.” The outlet adds on that the charges didn’t directly accuse John and Patsy of murdering JonBenet.

John and Patsy were never officially indicted, however, as former District Attorney Alex Hunt didn’t sign the documents to prosecute them.

4. She and Her Husband Were Removed From the Suspect List in 2008

In 2008, new DNA tests suggested JonBenet’s murderer was not her parents, but a “mysterious outsider”. The findings resulted in prosecutors clearing Patsy and John in the death of their daughter. In a letter obtained by NBC, Boulder County District Attorney Mary Lacy told John Ramsey, “To the extent that we may have contributed in any way to the public perception that you might have been involved in this crime, I am deeply sorry. No innocent person should have to endure such an extensive trial in the court of public opinion.”

In response to the news, John Ramsey told KUSA-TV, “I think the people that are in charge of the investigation are focused on that, and that gives me a lot of comfort. Certainly we are grateful that they acknowledged that we, based on that, certainly could not have been involved.” 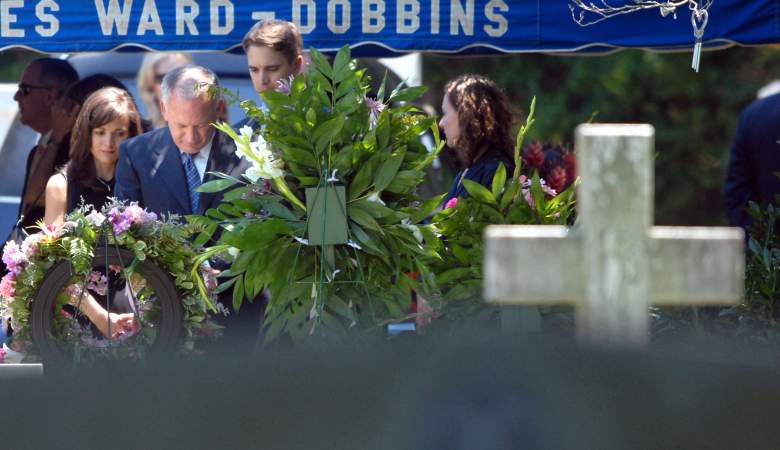 John Ramsey stands over the graves of his daughters Elizabeth and JonBenet after the graveside service for his wife Patsy Ramsey June 29, 2006 in Marietta, Georgia. (Getty Images)

Patsy died on June 24, 2006, after battling ovarian cancer for more than a decade. According to an article written by ABC News at the time of her death, she died at her father’s home with her husband by her side.

She is buried in Marietta, Georgia, next to her daughter, JonBenet.