On Tuesday, BBC News revealed that Game of Thrones actor Peter Vaughan has died at age 93.

Vaughan was perhaps best known for playing Aemon Targaryen in Game of Thrones, and Harry Grout in the TV sitcom Porrige. BBC reports his agent, Sally Long-Innes, as saying, “This is to confirm that very sadly Peter Vaughan passed away at approximately 10.30 this morning. He died peacefully with his family around him.”

Vaughan was born in Wem, Shropshire, on April 4, 1923. After completing schooling in Staffordshire, he joined the Wolverhampton Repertory theater, where he developed his stage skills before serving in World War II. According to the Daily Mail, Vaughan served in Normandy, Belgium, and the Far East.

The actor was famous for the wide-ranging characters he played, including the father of Robert Lindsay’s girlfriend in Citizen Smith, and father of Christopher Eccleston in Our Friends in the North, for which he received a Best Actor nomination at the 1997 British Academy Television Awards.

Vaughan’s film debut did not come until 1959, when he was 36. Speaking with Watchers on the Wall, John Bradley (who plays Samwell Tarly in Game of Thrones) stated, “He’s stunning… He was in a scene with me where he spoke to me but I couldn’t speak back. I was dying to speak back. It was amazing, one of those pinch yourself moments.” 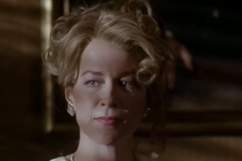 Margaret Whitton Cause of Death: How Did the Actress Die?