This is the third annual Pitbull’s New Year’s Revolution event in Miami, broadcasting live on New Year’s Eve. In an interview with 7 News Miami, Mr. 305 himself talked about the reasoning behind the term “revolution,” saying:

It’s called ‘revolution’ ’cause we wanna unmute New Year’s. We want the new New Year’s. Take it from the Big Apple to the pineapple and make Miami the mecca.

Pitbull hails from the Miami scene, so it’s only fitting that he hold this annual event there. Pitbull explained:

If you don’t stand for something, you’ll fall for anything, and believe me, I know where I am, and I love it and enjoy it. I wear it on my chest. Everywhere I go, everybody knows Mr. 305, Dade County, Miami boy represent.

If you’re hoping to catch the concert event live on TV tonight, check out the details on what to expect below.

Admission to the event is free. 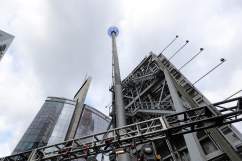 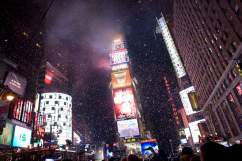 Times Square Location & Address: Where Does the Ball Drop In New York City