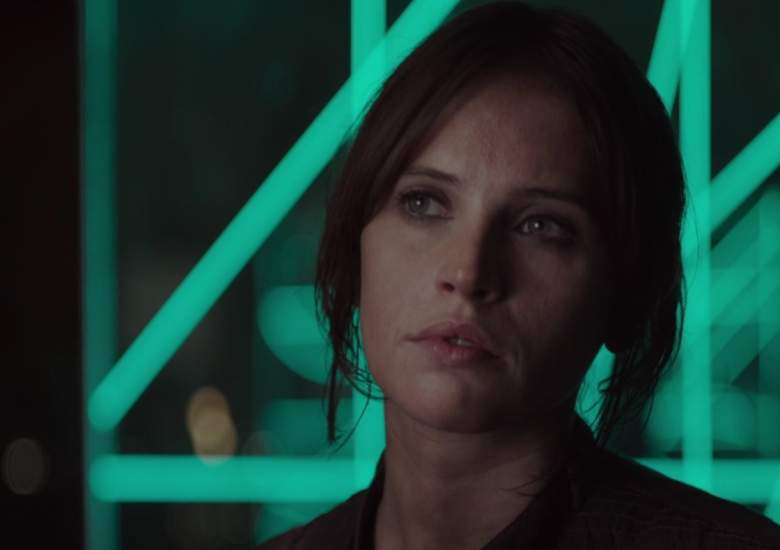 Rogue One: A Star Wars Story director Gareth Edwards is certainly a die-hard Star Wars fan himself, based on how many Easter eggs he jammed into the two-hour movie. Some could call this fan-service, but others will enjoy spotting all the little references to pat Star Wars films and even concepts that never made it to the big screen.

The title of the film itself is an Easter egg. Rogue Squadron was the name of an elite group of pilots during the New Republic era in the old Legends books. “Rogue Group” was also the name of the fighter group Luke Skywalker led during the Battle of Hoth in The Empire Strikes Back.

Here’s a look at most of the Easter eggs we spotted in the film. If there are any we missed, let us know in the comments section.

In Jedha City, we find two major references to the early scripts for Star Wars: Episode IV – A New Hope. There, we find out that Chirrut Îmwe (Donnie Yen) and Baze Malbus (Jiang Wen) were “Guardians of the Whills,” who no longer have anything to guard after a Jedi temple on Jedha was destroyed. 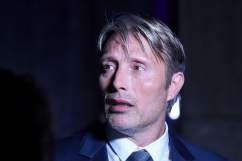 ‘Rogue One’: How It Really Closes a ‘Star Wars’ Plot Hole

In Jedha City, Cassian Andor (Diego Luna) and Jyn Erso (Felicity Jones) bump into Ponda Baba (a.k.a. Walrus Man) and his buddy, Dr. Cornelius Evazan. After bumping into the Rebel heroes, they head to Tatooine, where Obi-Wan Kenobi is going to chop off Ponda’s arm in A New Hope. Also on Jedah, we saw members of Saw Gerrera’s team playing with Dejarik monsters, just like the holographic one Chewbacca and C-3PO played with on the Millennium Falcon in A New Hope.

The Rebel Alliance is based on Yavin 4, the same moon we saw in A New Hope. There are plenty of Easter eggs there. Of course, Mon Mothma is played by Genevieve O’Reilly, who filmed scenes for Revenge of the Sith that were later deleted. It is worth noting that she mentions how she wants Galen Erso to tell the Senate about the Death Star, meaning that the Senate still exists, almost up to the day that A New Hope begins. In that film, we heard Tarkin confirm that Emperor Palpatine has done away with the Senate, officially ending the last remaining part of the Old Republic.

Jimmy Smits plays Bail Organa, who later leaves Yavin 4 for Alderaan and mentions to Mon that he has a “Jedi friend.” We all know who that is – Kenobi. He also hints that he knows the perfect person to send to find him, which is his adoptive daughter, Princess Leia.

Just before the Rebel fleet left to head to Scarif, we saw R2-D2 and C-3PO. This means that the Tantive IV must have stopped at Yavin 4 before heading to Tatooine to get Obi-Wan, or that Princess Leia was late to getting to Scarif because she wanted the droids to come with her. If C-3PO did see the action above Scarif before heading to Tatooine, he was really selling his battle experiences short when he finally met Luke Skywalker.

Lucasfilm and Disney also used CGI to bring Grand Moff Tarkin to life, even though Peter Cushing died in 1994. The same technology was used to include Red Leader and Gold Leader from A New Hope in the Battle of Scarif and to include a young Carrie Fisher as Princess Leia in the last scene.

Another great Easter egg in the Battle of Scarif was the death of Red Five, which was Luke’s call sign during the Battle of Yavin. The poor pilot died so Luke would have a slot in the squadron.

Also, in the opening sequence, we see Blue Milk in the Erso home. That was Luke’s favorite drink. 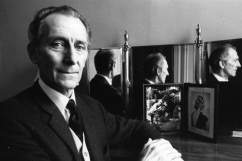 ‘Rogue One’ Spoilers: How Peter Cushing Was ‘Revived’ for This ‘Star Wars’ Movie

In an effort to prove that Rebels isn’t forgotten about, Edwards found two ways to reference the animated series. While on Yavin 4, we hear a “General Syndulla” being called over the comm. This could be a reference to Hera Syndulla, who has taken a leadership role in the Alliance, or a reference to her father, Cham Syndulla. It is likely that Hera rose the ranks to becoming a General, since Rogue One likely takes place a couple of years after the most recent episodes of Rebels.

In an interview with Entertainment Weekly, Rebels executive producer Dave Filoni confirmed that the “General Syndulla” being called was Hera and that this is a tease for future Rebels episodes.

“I can clarify that’s absolutely Hera being paged, not her dad,” Filoni told EW. “The movie gives that away, but I would rather have all the [references] be right. Hera will eventually become a general in the Rebel Alliance.”

During the Battle of Scarif, we can also spot the Ghost among the ships battling the Empire. The ship is also seen on Yavin 4, where you can spot Chopper in the hangar. 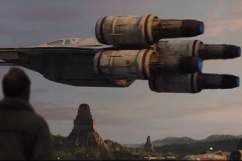 ‘Rogue One’: The Ships of the New ‘Star Wars’ Movie

The Star Wars franchise could be criticized for repetition and, while Rogue One really is a very different kind of movie, it is peppered with plot devices that mirror others in the Original Trilogy. These aren’t necessarily Easter eggs in the traditional sense, but they do link all the films thematically.

The biggest is the idea that the Rebels have stolen an Imperial ship and have to hope the code still works. It was a bit like deja vu, since the same thing happened in Return of the Jedi.

Erso also wasn’t a Jedi, but she was an orphan, just like the Skywalker children in the Original Trilogy. Like Luke, she hoped that her father still had some good in him.

The line “I have a bad feeling about this” almost made a full appearance. It was delivered by K-2SO (Alan Tudyk), but Jyn and Cassian stopped him from completing the line.

Also, Stormtroopers are still terrible shots. Edwards also recreated shots from the early scenes in A New Hope on the Rebel Blockade Runner at the very end of the film. The shot of the rebel troopers just waiting for Vader to come through the door was a chilling reminder of how A New Hope began.

‘Rogue One’: Is the New ‘Star Wars’ Movie for Kids?

Here’s a look at Rogue One at the box office: