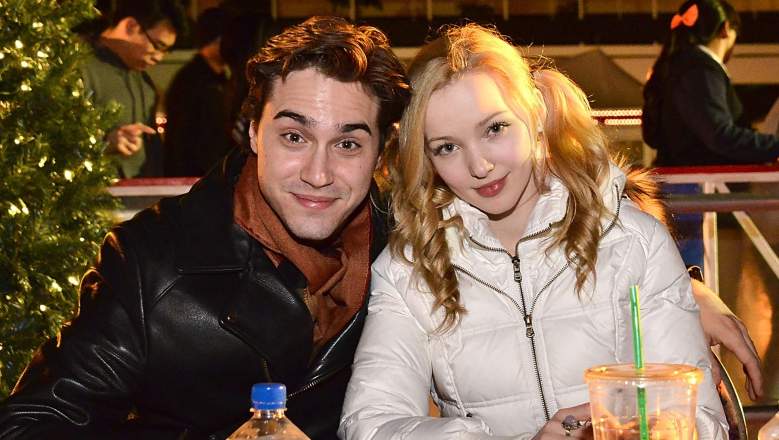 Ryan McCartan and Dove Cameron and the cast of Disney’s Liv and Maddie visited The Queen Mary’s CHILL where they toured the chilling Ice Kingdom and sat ice skating rink-side to sign autographs for fans on December 17, 2014 in Long Beach, California. (Getty)

Ryan McCartan rose to fame after landing the role of “Diggie” on the Disney Channel sitcom Live and Maddie. McCartan, who has a background in musical theater, is also known for his relationship with co-star Dove Cameron, who he began dating in 2013. In April of this year, the couple announced their engagement. Six months later, however, it was called off.

Read on to learn more about Ryan McCartan.

In 2011, McCartan won the Jimmy Award, which is awarded to two students each year at the National High School Musical Theater Awards. The award is named in honor of James M. Nederlander, a legendary Broadway theater owner and producer. According to the National High School Musical Theater Award’s website, The Jimmy Award is given to two grand prize winners each year from a group of student performers “representing the participating professional theatres. Winners are selected by a panel of industry experts.” Both winners also receive checks for $10,000 to further their education. In 2014, McCartan hosted the event.

Last week, Just Jared Jr. reported that McCartan had started a brand new Youtube channel dedicated to uplifting messages. In an Instagram video released on Saturday, McCartan says, “I’ve noticed a lot online and also just in the world– negativity, and a lot of fear, and I want to combat that. So, every Monday, I’m going to post a video on Youtube giving you lifehacks, or positive messages, or motivational thoughts that have gotten me through hard times in my life.” 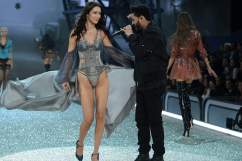 Bella Hadid and The Weeknd Split: Are They Dating and Back Together?

3. He Originated the Role of J.D. In Heathers: The Musical

Heathers: The Musical is a rock musical based of the 1988 film comedy of the same name. In 2013, McCartan acted as J.D. in the musical as it played at the Hudson Backstage Theater in Los Angeles. He played the same role when the show moved to Off-Broadway’s New World Stages in 2014. It ran from March 31, 2014 to August 4, 2014.

Ryan McCartan starred opposite Victoria Justice as Brad Majors in FOX’s Rocky Horror remake. The special featured Laverne Cox as Dr. Frank-N-Furter, Annaleigh Ashford as Columbia, and was directed by Kenny Ortega, best known for the High School Musical franchise. The show, and McCartan, received mixed reviews from critics, with the New York Times writing that “some things can’t be replicated or recaptured… thanks to Fox we know one of them is the subversive magic of ‘The Rocky Horror Picture Show.'” The outlet wrote that McCartan and Justice’s performances were “harmless”, but both felt like they were following in the footsteps of their predecessors.

The Los Angeles Times, on the other hand, praised McCartan’s “standout” performance, saying it was reminiscent of Elder Price from “The Book of Mormon.”

5. He Was Engaged to His Disney Co-Star Dove Cameron for 6 Months

McCartan and Cameron met on the set of their Disney series Live & Maddie. McCartan built up the courage to ask Cameron out after a late night of shooting one night, and spoke to j-14 last year about the date.

“We were shooting that night and I had recently gotten out of a pretty bad breakup and for whatever reason I was feeling pretty confident. We were shooting and then we were done and everyone went home. For whatever reason, I guess fate was just on my side, but Dove and I were the last people there… I walked out of my dressing room and Dove walked out of hers and I was just like, ‘Hey, do you want to go out on a date?’ and she was like, ‘Oh my God, sure.'” The couple then went up to the Hollywood Hills and took in the panoramic view of the valley. McCartan says they were up until 3 in the morning “just talking.”

Dove tells People.com she was completely caught off guard when Ryan popped the question. “… I knew he wanted to get married young – he had told me that. He was like, ‘That’s what I want as my life plan.’” Cameron also dished that she and McCartan felt they knew they would get married a month into their relationship. In October, E! reported that the couple called it quits.

Dove has decided this relationship isn't what she wants. We still love each other very much. Please be sensitive, as this is painful.

Tonight, Dove will be playing the role of Amber Von Tussle in NBC’s production of Hairspray Live!. Read on to learn more about Ryan McCartan.