Tonight is the winter finale of The Flash, and by now, we’re all well aware that Barry caused a lot of problems by altering the timeline. Team Flash successfully defeated the Dominators, and now, they must face the threat of Savitar. On tonight’s winter finale, we’ll find out if Jay Garrick will lend a hand in helping Barry stop the villain. Speaking with Entertainment Weekly, executive producer Andrew Krisberg said, “The team is facing getting their first real conversation with Savitar and really getting a handle on what they’re up against this season.”

EPISODE SYNOPSIS: Barry goes to Earth-3 to get advice from Jay Garrick on how to stop Savitar. Wally wants to help Barry fight Savitar and reveals that he’s been training with H.R., which doesn’t go over well with Barry. Meanwhile, old wound are reopened when Cisco faces his first Christmas without his brother Dante. 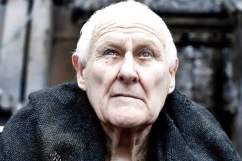 Peter Vaughan Dead: How Did the Game of Thrones Actor Die?